As the gaming industry evolves and matures, the games follow suit. Developers are taking more risks and creating games that emphasis the “video” part than the “game.” Hohokum falls into this category, but it is more than just an artistic game. It’s utterly unique in all senses of the word.

There’s no real clear-cut way to describe Hohokum. The best summation I always tell my friends is that you control a snake-like eyeball through a wildly imaginative series of universes while trying to find your other snake-like buddies. I never played anything like it, and Hohokum feeds off this naiveté to ensure the purest of experiences.

The first thing you discover about Hohokum is the stunning art design. Each world is filled with its own unique art style and musical flourish. One might be eerily dark, only to be filled with light and a crescendo of music as you find the light poles to turn on. Another contains poppy electronic music as soon as you enter, and you soon understand why when a giant pool party is hopping with tons of little people having a blast. Moments like these happen every time you discover a new world and reward exploration so much that I constantly want to find interesting places and secrets. 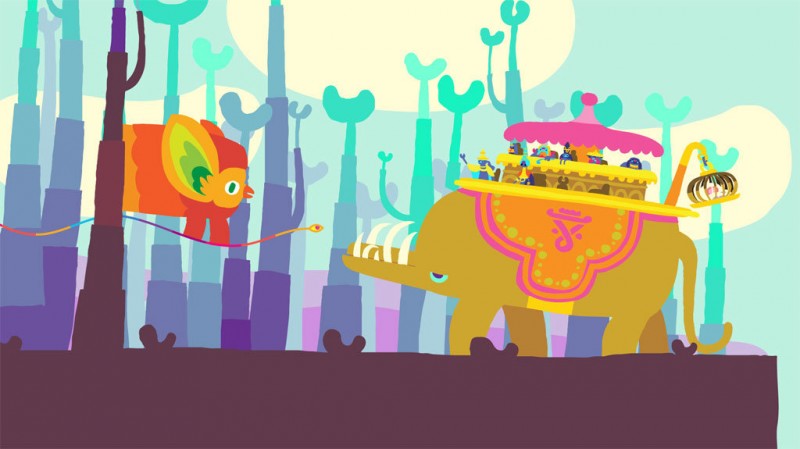 Hohokum is still a game, though, and that quickly becomes clear. Nothing is ever explicitly explained to you in Hohokum aside from the tutorial. After learning how to move by using the triggers back and forth – which feels bizarrely natural – you’re thrust into the expansive world of Hohokum. Since I didn’t exactly know what I was doing, I just started roaming and exploring, hitting every little object and trinket. Eventually, patterns rise and events start to occur. At its basic form, the game play is very much experimental.

Soon after some prodding in a world, I ended up finding one of my friends, and it was then that the end goal was actualized. In almost every unique world, one of the Long Mover’s friends is hidden, and in order to find him, some circumstances have to be met. It’s essentially a giant game of hide-and-seek, and Hohokum’s greatest strengths and weaknesses stem from the fact that the player is not given any information.

Most of the time, this outlook is executed perfectly. It was wonderfully liberating to just fly around these beautiful universes and tinker with whatever bizarre people or contraptions that I found. Slowly, you start to put the pieces together of what needs to be accomplished. The system works best when the overall world is separated into micro-puzzles that feed into one large puzzle. One world has a giant empty vat that needs to be filled with goblets of ooze, but in order to obtain all of the goblets, you have to discover all of the little animals that produce the ooze. The sense of progression in these types of worlds all flows naturally. 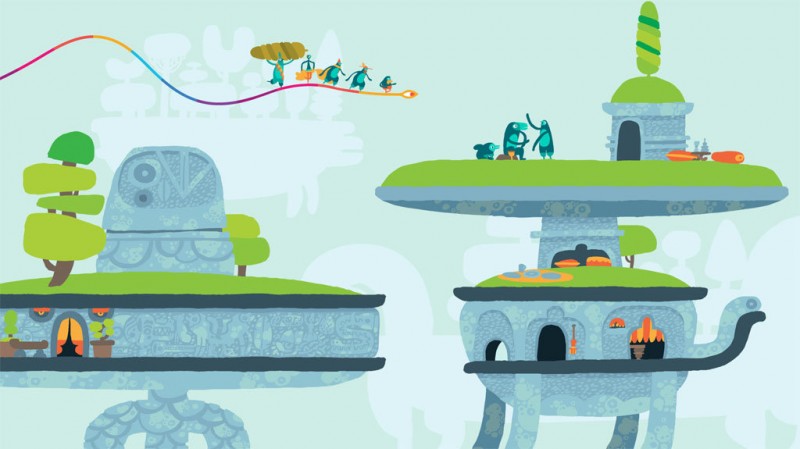 Sometimes, the people you find will just hop right on your Long Mover, either to accomplish a task or to just have fun flying around.

However, the high level of ambiguity hinders the experience a few times. I spent upwards of an hour in some worlds just aimlessly wandering around, hitting and interacting with any little thing to see if something would trigger. It was at these points that I was driven out of my zen-like state, and it occurred to me that I was playing a game. I felt ashamed having to result to a guide just to complete a couple of the puzzles.

Because there is an end goal and Hohokum isn’t just a fun, willy-nilly exploration game, I had to retread back to certain areas that I had visited and not found the Long Mover’s friend. Hohokum makes this difficult. There is an overall hub world that allows you to go back to places immediately without backtracking, but it’s handled horribly. It isn’t organized in any way that makes out a unified map, and the way they set up the system to let you know if you discovered that Long Mover is terribly flawed.

What was interesting about my experience with Hohokum is that it was unique to me. After I beat the game, I wanted to let my girlfriend play it to see how she’d enjoy it. She went off in different directions than I did, discovering new secrets and interactions and playing in an entirely different way. When the terribly ambiguous puzzles came up, I was able to help guide her in the right direction, which made the game flow wonderfully. It was at this moment that I realized that, with just a slightly more helpful push in some areas, Hohokum could’ve been that much better. 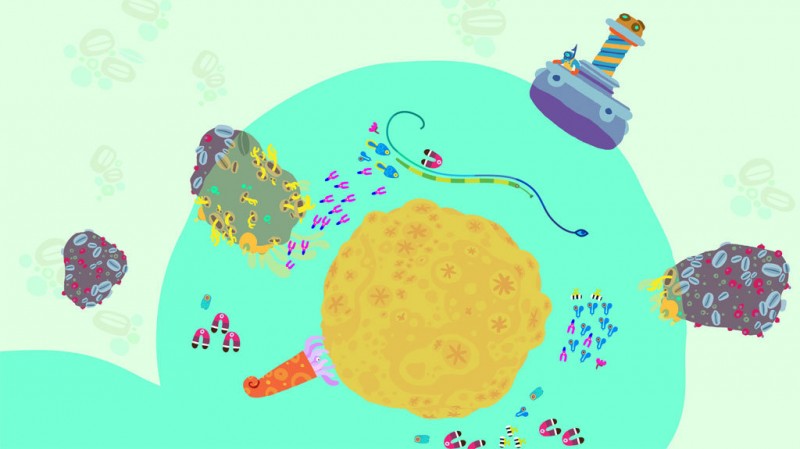 One of the few worlds in the game that’s a bit too ambiguous. It’s a shame, considering the accompanying scenery.

That isn’t to say that Hohokum isn’t special, though. There are so many times where the music and art simply left me in awe, almost reverting to a childlike state. It instilled a certain desire to keep exploring these interesting micro-ecosystems of people and understand their worlds. The lack of urgency especially gave me such a warm feeling. To not be pushed in any direction and to enjoy the game for how it was presented were undeniably satisfying. Hohokum isn’t your ordinary game, but that’s what makes it worthwhile.