Microsoft, as a huge company, is no different than any other company in that they’re going to have more than their fair share of good trends and bad trends. Right now it seems they can’t do much of anything right.

Their mobile OS is loved by the few who find it useful and despised (or ignored) by virtually everyone else. Their office suite is still the best but almost no one believes it’s worth what they continue to charge for it driving many to look at all sorts of alternatives and to question just how many features they need for their word processor. Their browser, Internet Explorer, is a laughing stock that would be long gone if not for the fact that it forces its way into the picture through Microsoft Windows. Understand that I’m not a Microsoft-hater. I’ve been a fan for quite a long time though I have gone astray once or twice over the years only to come back to the fold in the end.

Speaking of Windows, almost everyone I talk to is panning Windows 8 as a complete disconnect with the core customer base. It’s apparently interesting (but not great) if you’re using it on a touch screen. The problem is that Windows is the predominant OS of the desktop where a mouse is quite ubiquitous. 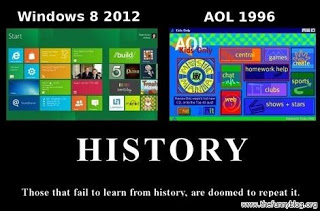 This morning I read two news stories that underscored all of this. The first one was a quote from game developer Valve‘s (makers of the Steam platform engine) Gabe Newell. Newell is always out-spoken but also often does have the pulse of the industry. He said, “Windows 8 is a catastrophe for everyone in the PC space.” In fact, he feels so strongly about it that Valve is now embracing Linux as a hedge against this concern. Ouch.

The second story was a lay-off notification. Microsoft announced it was laying off 35 employees from their Vancouver game studio responsible for the now-suspended Microsoft Flight product. This is a disaster of huge proportions and one that could paint entirely the wrong picture for any future flight sim development at Microsoft.

As I’ve said before, Microsoft Flight was the wrong response to the failed Flight Simulator product line. Flight Simulator has one of the most respected pedigrees in all of electronic gaming. However, over the years it lost its way becoming far too distracted by cute graphic effects and features virtually no one was asking for (like elephants that migrate realistically in time across the African plains that no one flies over). The game became hugely bloated and virtually unplayable on any system let alone computers owned by typical gamers (which are often better than typical desktops). It was a common view in the flight sim community that any new Flight Simulator release would only really shine after a few years of PC advances. Until then, frustration would pretty much reign supreme.

Microsoft’s response to this was to lay-off the entire Aces team responsible for the franchise. Make no mistake, these were the people mainly responsible for the situation the product found itself in no matter how much talent abounded there. They had to go. However, Microsoft then chose to go in another wrong direction by creating Microsoft Flight as very much an arcade game and completely turned their backs on the entire (huge) flight sim community that they themselves built. One look at the product was all I needed to see that it would be a disaster. Instead of creating a leaner, meaner Flight Simulator (which is what the community was screaming for) they just decided that it made sense to try to appeal to an entirely new ethereal market that simply doesn’t exist.

The only winner in this entire debacle is the maker of X-Plane, the only real alternative to Flight Simulator, which is no bed of roses itself.

The key question for me is if this now does mean the end of the most successful, most storied franchise gaming has ever seen. I doubted that entirely a few years ago. With this debacle and Microsoft’s continued lack of vision I’m not at all sure what to think other than to realize any new endeavor will be years away at best. The problem I see for them right now is that they seem to be paying attention to no one all at once with every market segment.