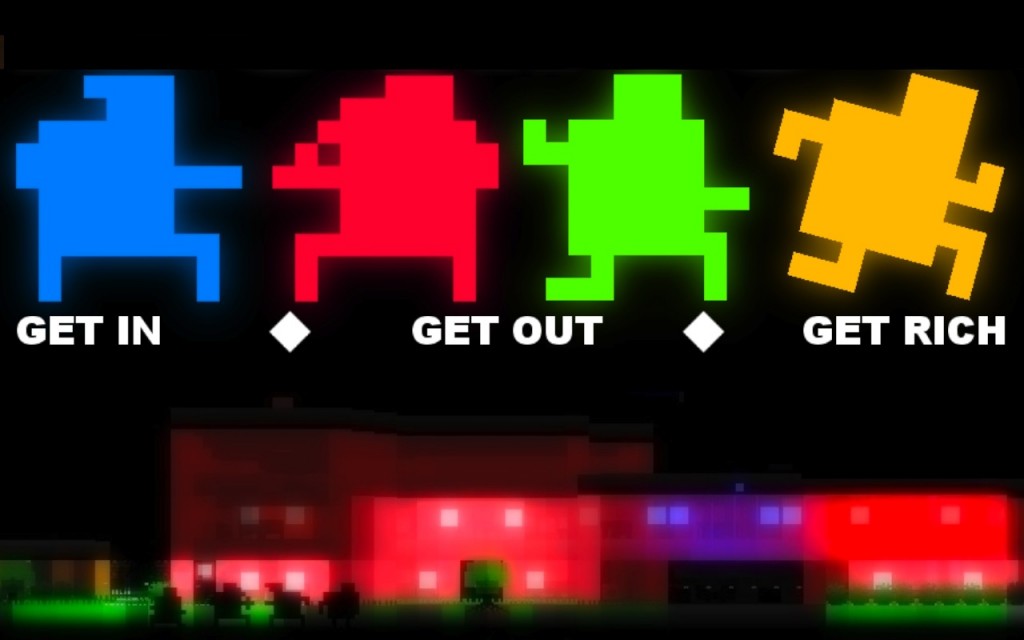 After years of anticipation with a few Indie Game Festival awards sprinkled in between, Monaco: What’s Yours is Mine has finally arrived for PC — and soon for Xbox 360. Described as a top-down heist game, it is a chaotic but incredibly well-put-together game that never stops delivering on laughs and good times. From the addictive game play to the wonderful music, Monaco offers a great experience that is only enhanced by the addition of more players.

Monaco has a multitude of missions with each mission accompanied by a small cinematic in the beginning to set up the story. These scenes are very minimal, consisting of only text boxes from pixelated characters outlining the context of that particular mission. I wish there was more to these scenes, but they have enough charm to keep you interested in the story. Monaco’s characters are ambiguous, but they have names like “The Locksmith” and “The Gentleman” that all partake in the story in various ways.

This traditional heist story is scored to an absolutely fantastic soundtrack created by Emmy-winning composer Austin Wintory of Journey (PS3) fame. The music has a silent film piano style that adapts to your actions as you play. When sneaking around, slow, deep piano chords are quietly played. When spotted, the piano loudly and quickly speeds up, perfectly fitting the hilarity that comes with the hijinks of being caught. 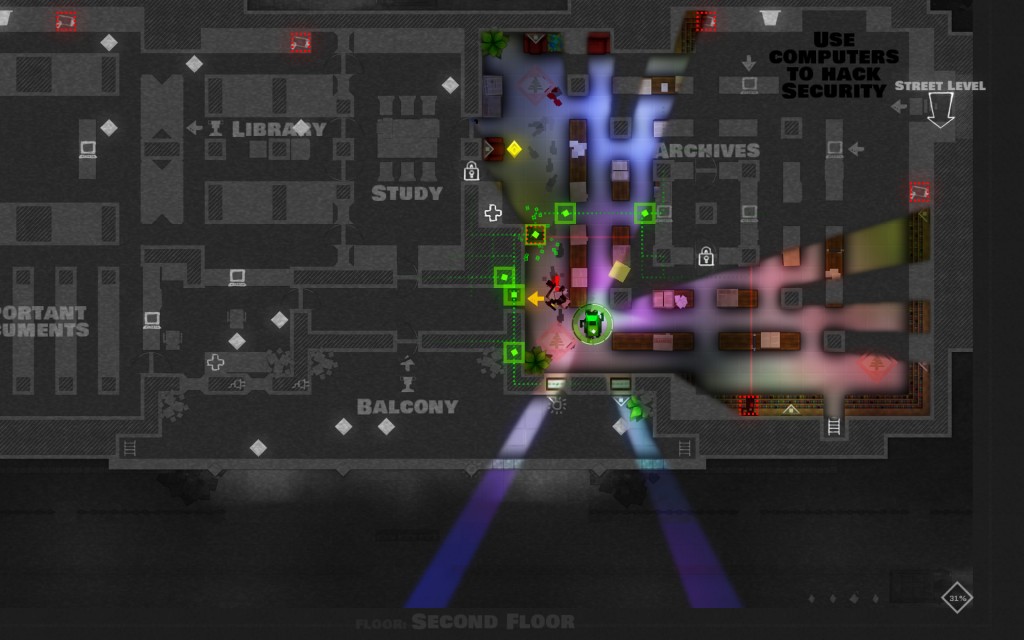 Hacking is crucial to getting past security cameras

When initiating a heist, the perspective is shown from above, giving you a bird’s-eye view of the situation. Your vision is impaired and grayed out when walls obstruct your view, so being aware of your surroundings is key to not being spotted by guards. The goal in each mission is to collect lots of coins along with the reason for the heist, whether it be stealing passports or famous art pieces. A number of different items are at your disposal, such as smoke bombs and guns, to help aid in your robbery. Computers can be hacked as well to take out any pesky cameras that may stand in your way.

There are up to eight different characters you can choose to play, each offering their own special ability. For example, the previously mentioned “The Locksmith” can pick locks quicker, and “The Gentleman” can hide in plain sight by wearing a disguise. Figuring out which character best suits each mission along with which items to use promotes additional playthroughs when playing alone.

However, it’s when Monaco is played with three other people that the game’s true potential is shown. Because each player can choose a different character, the missions can be much easier, but the possibility of being spotted is also heightened. Executing a proper plan to perfection with each character using their special ability has a brilliant Ocean’s Eleven feel. However, some of the most hilarious moments occur when things go horribly wrong as everyone scatters for survival. While playing stealthily has its payoffs, chaos can actually be a factor to success as well. 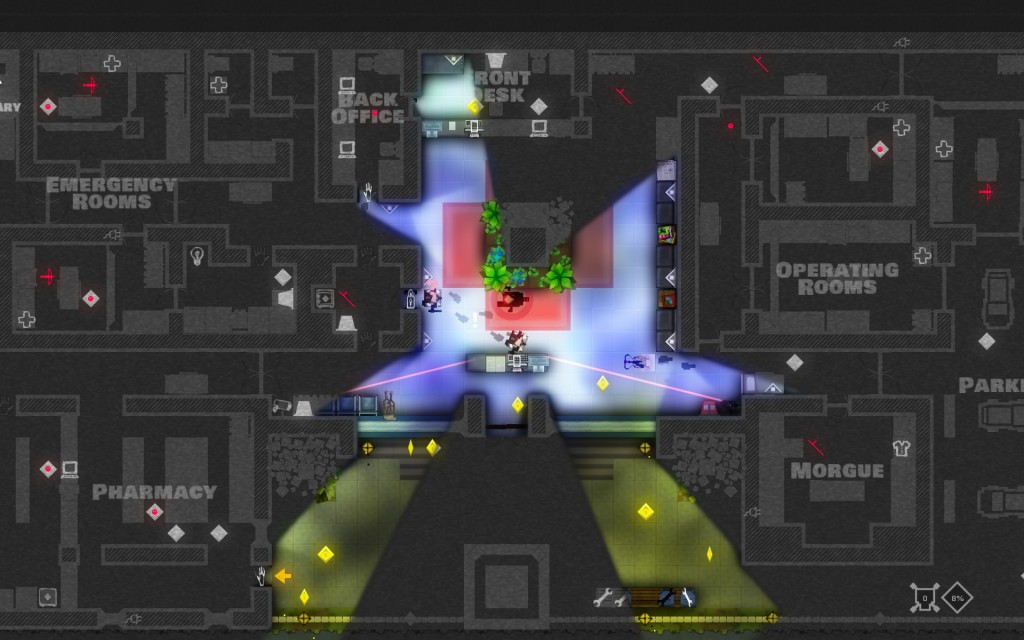 The Lookout can identify enemies all across the map

One of my only qualms with Monaco is the difficulty curve. Toward the second half of the game, guards become equipped with powerful guns, and alarms are coupled with turrets. The result of these new variables is quicker deaths and ridiculously less forgiving game play. Even with a group of four people, the later missions can seem almost impossible if you want to collect every coin. If playing with others, plan to play with friends you know because random players online can at times further lead to frustration due to lack of communication.

Regardless of a few missteps, Monaco is a brilliant product that innovates on a genre that has been around for ages. Typically, I don’t have much interest for stealth games, but the options Monaco gives you to carry out missions are refreshing. The variability is expanded further when additional players are involved; that creates a truly unique experience. It’s tough to pinpoint a length to Monaco because the amount of enjoyment is based on how perfectly you want to complete missions, but I felt satisfied after 10 hours. Monaco is a game definitely worth checking out.