In the last couple of years, the gaming industry has been in a bit of a drought in terms of creativity and new franchises, leading to numerous remakes sold purely off the nostalgia factor. Even Nintendo has been reaping the benefits of the nostalgia cash cow, although they tend to execute the products in a more substantial manner. This new entry entitled NES REMIX, which was curiously released alongside its announcement for the Wii U, is a prime example of how to take precious nostalgic products and revamp them for the modern age.

NES REMIX takes sixteen of some of the classic Nintendo Entertainment System games and presents them in a unique way. Rather than just cram all of the games together as a collection, there are new challenges and goals set for the player to accomplish. These challenges are very short and take only a small vertical slice of the classic games with some obstacles to overcome. For example, you’ll have to collect a certain number of coins in Super Mario Bros. or kill a boss in The Legend of Zelda as quickly as possible. 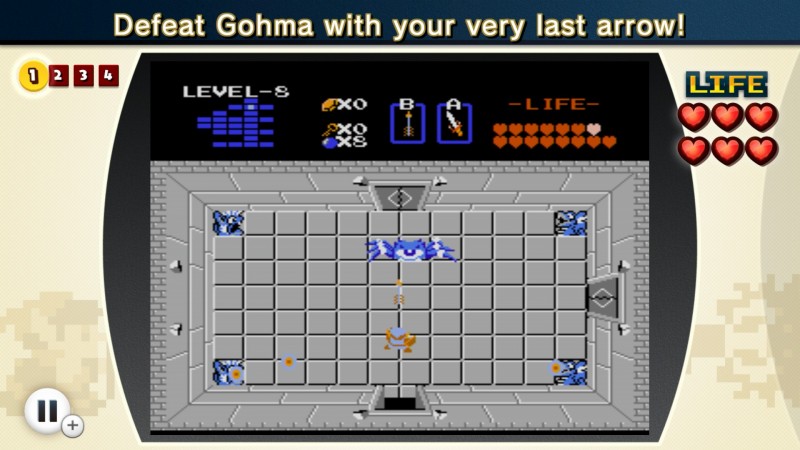 Regular challenges for specific NES games are quick and focused.

That’s only the beginning, though. There are multiple games, ranging from Pinball to Donkey Kong Jr., that have their own unique set of challenges. Each challenge can be completed with up to three stars based on how quickly you finish it. This ranking system is fantastic for replayability because it offers an incentive to redo challenges for the fastest time. Collecting a certain number of stars also unlocks the special REMIX stages.

These particular stages are a bit different than the regular challenges for each game. They feature much different circumstances for a certain game than you may be used to and can appropriately make it far more difficult. For instance, you’ll play as Link instead of Mario in Donkey Kong, which means that you can’t jump, and for anyone who has ever played Donkey Kong, you can understand how that can be a nightmarish obstacle.

The heightened difficulty offered by these unique challenges is absolutely refreshing compared to many modern-day games that seem to hold your hand at every moment. It only seems appropriate that this remix of NES games is difficult, considering that the base material involves incredibly unforgiving games. Still, completing a particularly tough challenge will bring back that grand sense of satisfaction that arose when originally playing these classics. 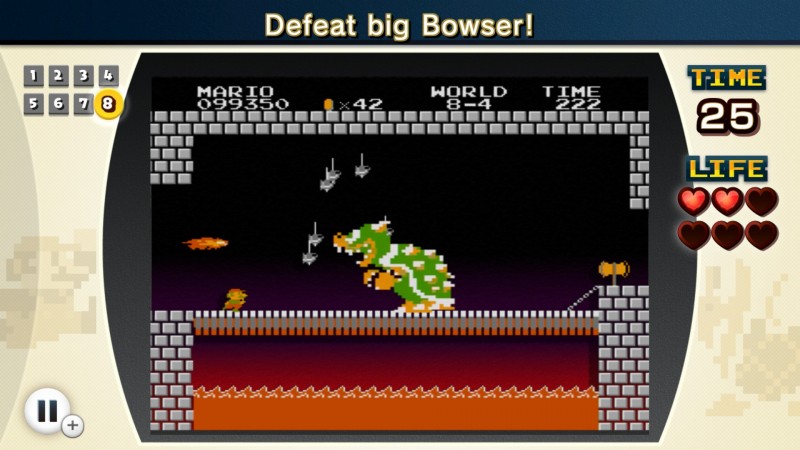 While much of the enjoyment comes from the wave of nostalgia, younger players will still find entertainment in NES REMIX. When it comes down to it, the reason that these games are classics is not just because they were on an old console but also because most of them are actually fantastic games. I say “most” because I’ll be damned if Golf and Wrecking Crew aren’t some of the worst games that I’ve ever played. Regardless, I was fascinated by how much fun I was having playing Donkey Kong and Excitebike — games that are decades old.

Unfortunately, there isn’t any immediate multiplayer capability, but passing the controller back and forth with a friend is still a blast. It even brings back that traditional couch co-op feel of older consoles, and it only seems relevant that Nintendo is the only powerhouse in the video game industry still pushing for local multiplayer. Still, this short style of game play almost seems better suited for the 3DS to play in quick bursts.

NES REMIX was such a pleasant surprise for the Wii U, and it seems to be a clear indicator that Nintendo certainly knows what they’re doing. It’s a great little package that offers tons of enjoyment for (probably) relatively little cost for Nintendo. Out of all of the major game companies, they understand the importance of their products and know how to present them in new and unique ways. NES REMIX won’t have you gripped for weeks, but it’s a fantastic buffer until the next big title arrives for the Wii U.