Will the Nintendo Switch Restore Nintendo Back to Its Former Glory?

Nintendo finally unveiled its new hardware called the Nintendo Switch, a console/mobile hybrid device like many fans and critics were speculating. It sports a tablet-style screen with detachable controllers on both sides that can also dock into a station connected to a TV to play on the big screen. The idea is a novel one, but I’m not entirely sure if it’s quite enough to get Nintendo back in the game.

Nintendo has been struggling in the console space ever since the Wii U launched back in 2012. Caught in an awkward phase between console cycles and with a name that confused consumers, Nintendo never recovered from the get-go despite delivering a slew of wonderful games for the system. However, the 3DS has been doing much better than its console brethren as the supreme market leader in the mobile space. Still, it never quite lived up to the massive sales of the original DS because of the encroaching market of the smartphone scene. 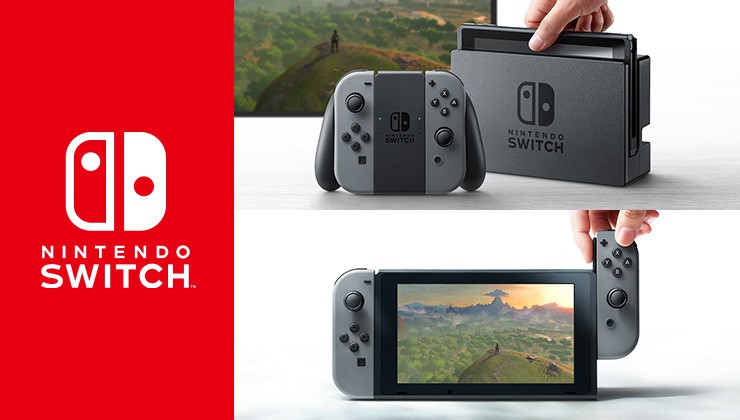 What does the gaming landscape look like today, and how does the Nintendo Switch make an impact? The two dominating consoles of PlayStation 4 (PS4) and Xbox One are bonkers in terms of numbers, outselling their predecessors’ rate in the life cycle. Both Sony and Microsoft are chasing the power dream with half-step console upgrades in the near feature as well — an unprecedented move in the console space. Mobile devices continue to reach more and more casual audiences on smartphones and tablets, and with Nintendo producing a few games for these devices, everything starts to get a little murky.

Looking at the Switch, it’s trying to satisfy two markets at once, sacrificing some key parts on both sides. Because of its mobile nature, there’s no possible way it will be up to par with the PS4 and Xbox One in terms of sheer hardware power. On the mobile side, the system as a whole looks to be too big and bulky to truly be conveniently portable. Then there’s the problem of battery life if this thing is going to be outputting games on the scale of Skyrim and The Legend of Zelda: Breath of the Wild as the trailer demonstrated.

If the power of the system isn’t as strong as the PS4 and Xbox One, then third-party developers aren’t going to want to develop for the platform unless the install base is high (e.g., the Wii). If Nintendo can’t get third parties on board, then they aren’t going to get a piece of the pie of the console competition because of a lack of games. It’s the same rippling effect that had a part in destroying the Wii U.

Who exactly is this thing for? People who like their Madden and their Call of Duty series aren’t going to care about this thing. Kids already have their tablets and phones as far as mobile gaming goes. This leaves just the hard-core Nintendo fans who have been slowly dwindling over the years, and these gamers couldn’t even save the Wii U. This then leaves the Switch acting as a secondary console — the one you buy when you already have another console or mobile device. Then again, because we’re in the middle of a console cycle, there are plenty of PS4s and Xbox Ones out there, so maybe people might be ready for a secondary console/mobile thing. 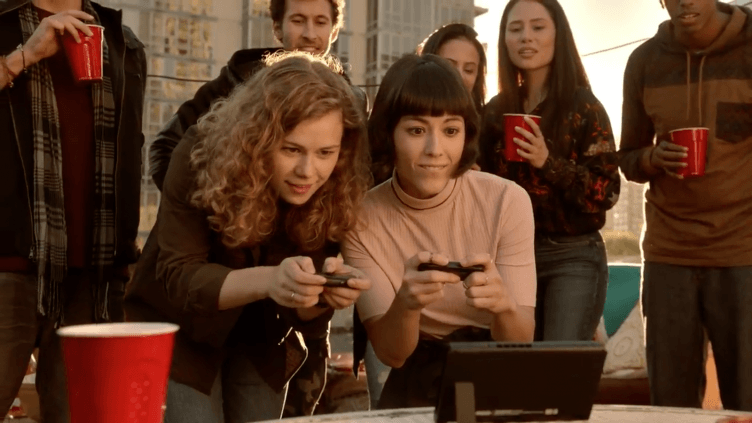 The Nintendo Switch will allow your hipster friends to have Mario parties on rooftops.

The one key advantage that the Switch does have now is that all of Nintendo’s development is focused on one platform. No longer will games be stranded to one device or another. Before, you never knew if that year was going to be a drought for your Wii U or 3DS as Nintendo tried to support whichever system needed it at the time. Now, you only have to buy one piece of hardware, and you get the full package. Every Mario, Zelda, Pokémon and Monster Hunter game is coming to this thing.

On the other hand, some third parties may be scared to leave behind the massive install base of over 58 million 3DSes out there. It’s possible that the 3DS may live on a couple of years into the life of the Switch, similar to how companies created games for the Xbox 360 and PlayStation 3 long after their successors launched. If this were to happen, it could possibly reduce the likelihood of customers abandoning their old devices for the shiny new Switch.

It’s just so dang hard to predict what’s going to happen because there’s still so much information that we don’t know about the Switch. What’s the launch lineup look like? Is the network of the Switch going to be just as terrible as the previous generation? Does this thing even have a touch screen? Will it give me cool friends who have rooftop parties like in the trailer? Well, we won’t have to wait too long with March 2017 just around the corner. Until then, I think the absurd number of games coming out this autumn will satisfy me.