In all of my years of gaming, I never thought that an objective such as “Grab a bottle of soda” would test every bit of my will and skill until the glorious Octodad: Dadliest Catch came along. It constantly challenges you to complete the most minute tasks while at the same time making sure that no one realizes that you’re an octopus. It’s absurd, silly and downright hilarious.

What makes Octodad: Dadliest Catch work so well are the terrible controls. That may sound a bit backwards, but due to the ridiculous physics, the simple objectives become large feats with equally large rewards. The controls are hard to explain, but in general, the analog sticks control the horizontal and vertical movements of your arm-tentacles with the triggers being relegated to your leg-tentacles. Towards the end of the short, two-hour-long game, I was wiggling like a true octopus. 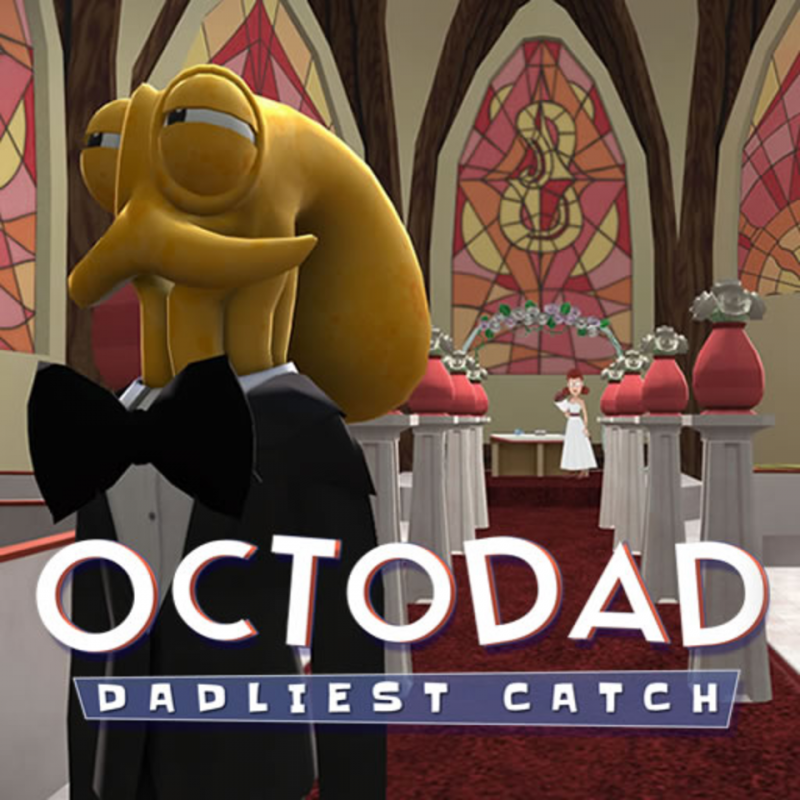 It feels incredibly cumbersome at first, but it translates into pure hilarity on screen. Octodad’s tentacles knock over almost everything in his path, and the levels are intricately designed with the most potential chaos possible. The physics engine is really the catalyst for this wild style of game play. Objects feel floaty and are easily manipulated so that any and all things in Octodad’s path are sure to go haywire.

The most surprising aspect of Octodad: Dadliest Catch is how touching the story is. It begins with Octodad’s wedding to his wife and their Leave It to Beaver lifestyle with the subsequent children and white picket fence. It is lighthearted and perfectly fits the silliness of the nature of the game play as your naive family makes comments about how Octodad is moving or acting peculiarly. Strangely enough, Octodad does have a nemesis — a sushi chef who definitely knows that Octodad doesn’t belong in the real world.

What really makes the small story line so important is that it isn’t just about the silliness of Octodad. It also explores the conflicts of simultaneously being an octopus, a father and a husband. The cumbersome game play directly parallels how being in a marriage can sometimes feel  equally difficult, especially when the past is brought up. It’s astonishing how well the symbolism and themes are brought about in such a hilarious game. 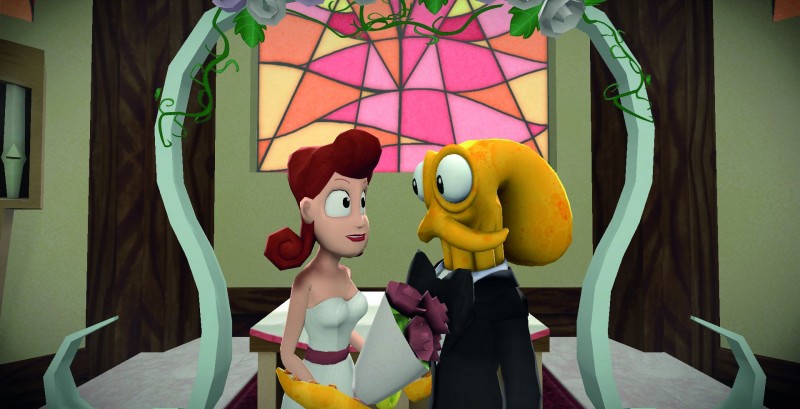 It’s an unusual marriage, but Octodad makes it work.

That isn’t to say that Octodad: Dadliest Catch has some problems. There are quite a few bugs as Octodad’s tentacles catch objects and leave you stuck in place. Also, some objects just randomly won’t connect to Octodad whether his arm is right next to them or not. The fun can immediately vanish in the later parts of the game where you’re required to perform complicated movements with these random bugs popping up, which leads to numerous restarts in game sections. Those sequences feel completely counterintuitive with the design of the earlier portions where errors aren’t as punishing because of the flexibility of the levels. Most disappointing is the length. While the story arc is executed perfectly, I couldn’t help but want more fun playgrounds to mess around in.

Bugs and length be damned, Octodad: Dadliest Catch is an absolute blast. I can’t recall the last time a game was able to make me laugh this hard. It’s wildly unique in both concept and how it ties the game play with the story. Turning the original Octodad, which was just a technology demo, into a full game is not easily done and deserves to be commended. Here’s to hoping we get some more Octodad titles in our future because we need more games that can make us forget about life for a few moments and just wiggle around the world as an octopus.

Octodad: Dadliest Catch is available for PCs currently and will be released for PlayStation 4 later this year.