Saints Row: Gat out of Hell is a prime example of when a series has put itself into a precarious position. The ever-increasing absurdity that has become the Saints Row franchise has now reached the nether region of Hell in this stand-alone expansion. It takes many of its ideas and game play elements from Saints Row IV, but the overall package feels less polished and not exactly memorable.

Where do you go after the alien invasion and super power-induced simulation of Saints Row IV? Well, of course, the obvious answer is Hell. Satan captures the President after a mishap with a Ouija board in order to marry his daughter, and Johnny Gat and Kinzie Kensington follow to rescue him. The intro cinematic does a good job of setting up the story in hilarious fashion, and within minutes, you’re in Hell doing whatever the hell you want. 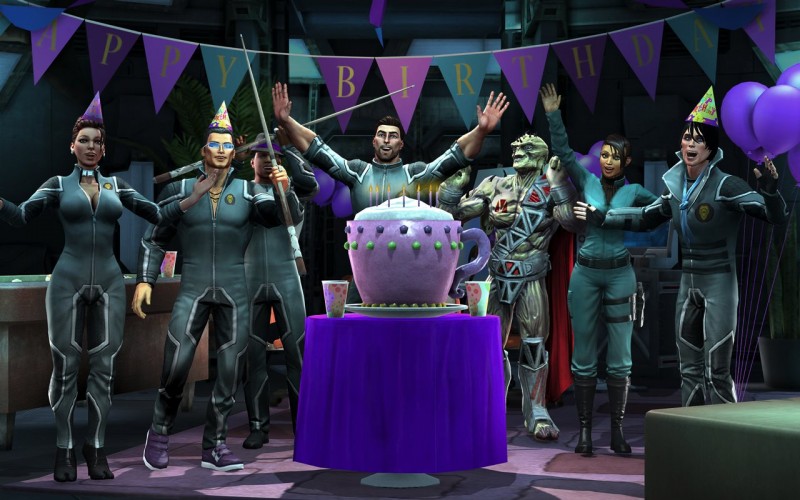 It’s a shame that there aren’t as many great cinematics as the opening.

Saints Row: Gat out of Hell takes almost all of its super power mechanics from Saints Row IV and gives each power its own little twist. Instead of shooting a freezing ice blast, you shoot a blast of rock that turns enemies to stone. All of the other powers are similar in this rehashed fashion, which is quite disappointing. The team behind Saints Row is known for their creativity, so for them to just slap a façade over old ideas feels lazy. That said, these old ideas that were a blast in Saints Row IV are still pretty fun in Saints Row: Gat out of Hell.

The biggest change comes in the form of flying. Johnny gains Lucifer’s wings while in Hell, and this makes moving around the city feel fresh. Where super running and jumping was liberating before, being able to fly has its own feeling of freedom. Scattered everywhere throughout Hell are clusters to collect that allow you to upgrade your super powers, and most of them are strewn about in the air. When I was flying towards an objective, I would often become sidetracked while collecting cluster after cluster. It’s a bit brainless, but there’s something satisfying about collecting hundreds of these things. 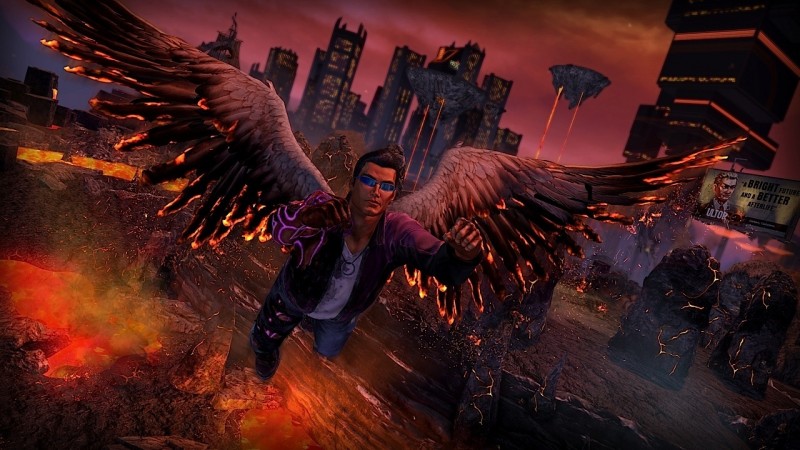 Flying around Hell is easily the best part about Saints Row: Gat out of Hell.

In order for Johnny to save the President, he has to cause all sorts of ruckus to get Satan’s attention. This means gaining loyalty from characters like Vlad, Blackbeard and Shakespeare and completing tons of activities and mini-games. Demons ride up in fiery monster trucks to try to stop you, while you use your arsenal of weapons and super powers to fight them off. It’s fun in the same way that it was fun in Saints Row IV, but it’s just not anything exactly new or exciting. I expected to fight giant monsters and have a lot of creative experiences in Hell, but those moments never came.

Going to Hell seems like a pretty awesome idea for some crazy antics, but all you can do in Saints Row: Gat out of Hell are side missions rehashed from previous games in the series with a couple of new ones sprinkled in. This is the third time now that the mini-game Fraud, where you hurl your body into moving vehicles, has been introduced, and it’s still not very fun. The only activities that I really found enjoyable were the ones that heavily utilized flying like Salvation, in which you have to catch falling husks before they hit the ground. Everything else was forgettable. 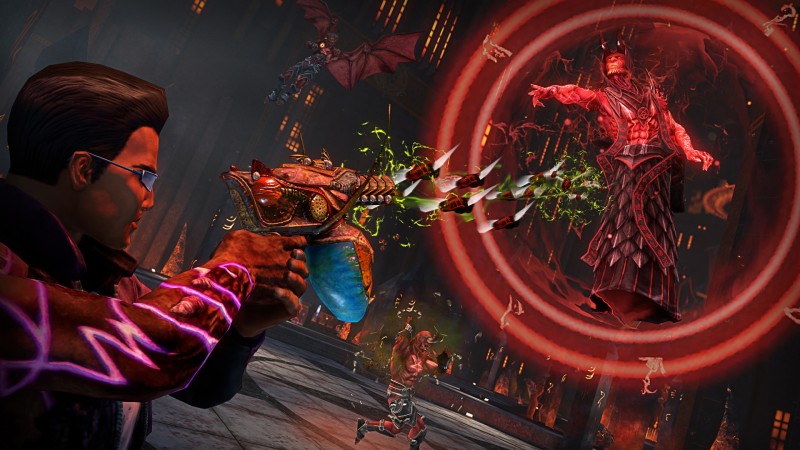 Be prepared to do the same activities and combat scenarios over and over.

As a whole, Saints Row: Gat out of Hell doesn’t feel like a complete experience. The humor, charm and polish that the series was known for is mostly absent here. Sure, the musical cinematics are fantastic, but those interactions are few and far between all of these mindless activities. There isn’t a natural progression of the story. There aren’t any of those minor moments like singing karaoke with your homies. Hell, there isn’t even a licensed soundtrack for the game; all that’s there is a generic “epic” score.

Saints Row: Gat out of Hell is available for Xbox One, Xbox 360, PlayStation 4, PlayStation 3 and Windows PC formats.