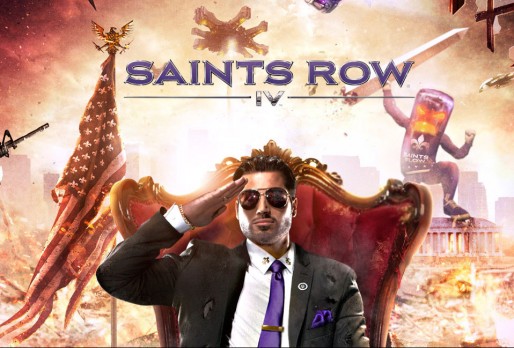 The one thing that I love most about the gaming industry is the wide variety of options I have at my fingertips for entertainment. If I want to feel the thrill of competition, I’ll play League of Legends. If I want an engaging story, I can play The Walking Dead. If I want pure, mindless fun, there are always the Saints Row games. With each consecutive entry into the franchise, the developers at Volition seemingly top the previous outing in a more ridiculous fashion. However, leading up to Saints Row IV, I was cautious in its decision to go full-on absurd by adding super powers and an alien invasion. For the most part, my worries were ill advised.

Starting off, the ridiculousness is perpetuated by the fact that you, the leader of the Saints, play as the President of the United States with your friends returning from previous titles as different roles in the White House. It is when you’re giving a press briefing that aliens attack and invade the White House, capturing you and all of your friends. With the Earth being blown up by the aliens and you being captured, you enter a simulation of Steelport from Saints Row: The Third that the leader of the aliens, Zinyak, created for you to be mercilessly tormented by his minions. Yes, that is the plot of a real, triple-A title video game.

While the story has never been a selling point of the Saints Row games, this one feels surprisingly boring and rather uninspired. References are constantly made to other games or popular forms of media. The most blatantly ripped-off reference is to the Mass Effect games. You end up being stationed on a spaceship with your friends and can enter the simulation through the ship. Friends can be talked to and even romanced in hilarious fashion. Loyalty missions can be completed for rescued friends and provide the only real sense of camaraderie that previous Saints Row games so heavily emphasized. While it is indeed humorous to note the obvious references when playing, it just feels lazily tacked on. Even though the character interactions can seem more immediate in Saints Row IV, you never really capture the same magic in other Saints Row games in meeting and bonding with new characters. Over half of the story missions will be done by just yourself, leading to a bit of a hollow experience.

Even more disappointing is the return to Steelport, a city that wasn’t exactly memorable in the previous offering. While still the same city, it is coated in a new layer of simulation and technologic overtones. The horizon produces faint red hues while lights around the city shine soft blues. Saints Row IV’s graphical fidelity leaves much to be desired, so having a distinct art style — although very similar to Far Cry 3: Blood Dragon — helps to make the game less weary on the eyes. Unfortunately, the game doesn’t run very smooth and contains numerous bugs. I have a decently powerful gaming computer, and I had to run the game at medium graphical settings, barely maintaining a steady frame rate. Reports on console versions state even worse performance. 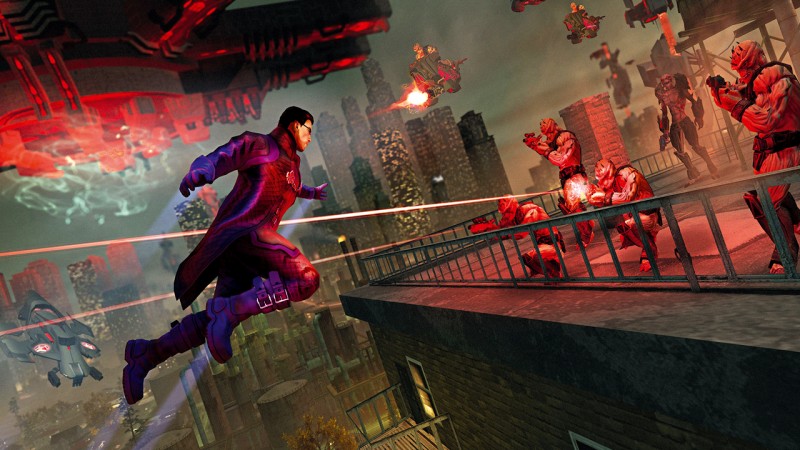 The aliens are unoriginal but still fun to fight.

Part of the drop in performance in Saints Row IV is the addition of super powers. Powers like super speed and super jumping completely throw a wrench into the classic Saints Row open-world formula. Because of these super powers, much of the other facets of the game play from previous games are left feeling unnecessary or very shallow in terms of mechanics. For instance, because you can sprint absurdly quickly and bound over tall skyscrapers, cars are essentially pointless. There are still car customization and activities involving cars, but it all feels like an afterthought. Luckily, you can still listen to the stellar radio stations as you traverse the city. Most of the stations from previous Saints Row games are back, and due to the style of the game, I mostly chose the electronic station. Killing aliens to boisterous dubstep is certainly an empowering feeling.

It may seem like I’m harping a lot on the negatives of Saints Row IV, but when it comes down to it, the game play is absolutely the crux of the game. Boy, do Volition get it right. While adding super powers does make some parts of the game feel like an afterthought, in the end, the changes allow for a much more diverse style of game. Jumping from rooftop to rooftop, gliding through the air to explore the city felt incredibly liberating. This style of transportation also leads to easily being positively sidetracked. Around the city on top of houses and buildings are clusters, which can be collected to increase super power levels. I often found myself set to go to a story mission but spending 30 minutes just hopping around collecting clusters. 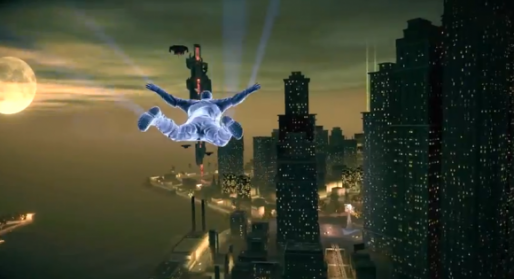 Super jumping and gliding make transportation actually not a chore.

Other things to keep you sidetracked are activities, similar to activities from previous Saints Row games. These range from the hilarious “fraud” activity where you toss your lifeless body into oncoming traffic to “mech mayhem” where you try to destroy as much as possible in a powerful mech suit. While these activities are enjoyable the first couple of times you do them, only a few really hit the mark in terms of consistent enjoyment and interesting mechanics. Because a lot of the activities are shallow, it can make going for the 100% completion feel like a bit of a chore.

You’ll also be killing hordes of aliens while you’re out and about with all the standard pistols, shotguns and rocket launchers that you can ask for. Guns can be upgraded and stylized to your liking, which leads to your character being an absolute killing machine toward the end of the game. The most hilarious weapon addition is the dubstep gun, which appropriately fires dubstep noises to make passersby dance and lights flash on and off. However, it is the super powers that allow for a needed change in pace in combat. Orbs of fire or ice can be thrown to explode or freeze large groups of enemies, and multiple other powers will dismantle your opponents. The combat isn’t necessarily groundbreaking, but it does allow for the player to decide how they want to take on their foes. Ultimately, that is what Saints Row IV is all about — customization easily handled for the player to have an experience to their liking. 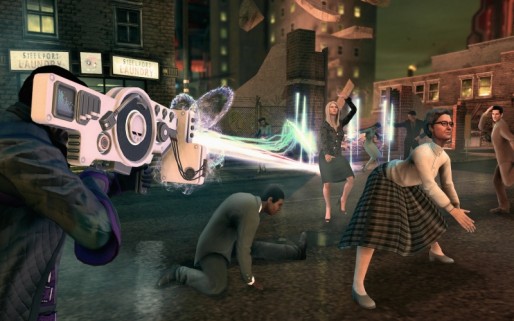 The dubstep gun will make everyone dance to the powerful wubs.

From the lackluster graphical performance to uninspiring storytelling, Saints Row IV is rough around the edges. It doesn’t exactly innovate so much on the previous game as give you more ridiculous tools to play with. Volition has taken a bit of a risk with moving the franchise into full-on humor and absurdity, but surprisingly, the formula works. Yes, the game may force you to redo a mission because of an odd bug or drop frames as you’re running around Steelport, but I’ll be damned if I didn’t have a smile on my face for the majority of my time spent with Saints Row IV. From using telekinesis to throw a tank at an enemy to destroying a nuclear bomb to the tune of Aerosmith’s “I Don’t Want to Miss a Thing,” you’ll be having too much fun to let the missteps negatively impact your time with the loads of content that Saints Row IV has to offer.

Saints Row IV is available for Xbox 360, PlayStation 3 and PC.