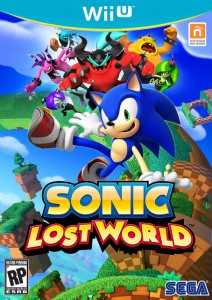 There are two things that are necessary for a Sonic the Hedgehog game to succeed: speed and precision. It’s difficult to formulate and execute these ideas in a solid and smooth manner, which has resulted in a roller coaster of a franchise in the last ten years. Sonic: Lost World tries to take a page from Super Mario Galaxy with its intergalactic visual design, but it seems to forget that the two long-running competitive platforming franchises vary greatly in their mechanics. The change in level design as well as clunky controls have led Sonic: Lost World to completely lose focus of both speed and precision.

Like all previous games in the Sonic franchise, the story here is largely derivative. Dr. Eggman is stealing all sorts of critters, and it’s up to Sonic to save them. Only this time, Dr. Eggman has recruited the Deadly Six, a team of evildoers with stereotypical personalities as thin as an eggshell. You’ll fight each of the Deadly Six in the differing worlds in poorly constructed boss battles that fall flat in terms of both challenge and grandeur. Cinematics occur both before and after every stage with painful, cringe-inducing dialogue and voice acting. If Sega really wanted to try to emulate the success of Super Mario Galaxy, they needed to understand that there doesn’t have to be an engaging story. The catalyst to continue playing should be in the compelling game play.

Sonic: Lost World entirely misses the mark in terms of fluidity. The delicate balance of speed and precision is tarnished in every aspect. There’s nothing wrong with slowing Sonic down if it means that the level design encourages solid and intuitive platforming. Instead, levels are seemingly a mixed bag of ideas scrambled together and thrown onto a brightly colored palette with no thought involved. The worlds will often be split into different areas, allowing you to make the decision on which path to take. The problem with this approach is that, instead of having one single, well-defined path, all of them are just mediocre. It’s incredibly frustrating because the worlds are in fact beautiful and occasionally filled with interesting ideas. 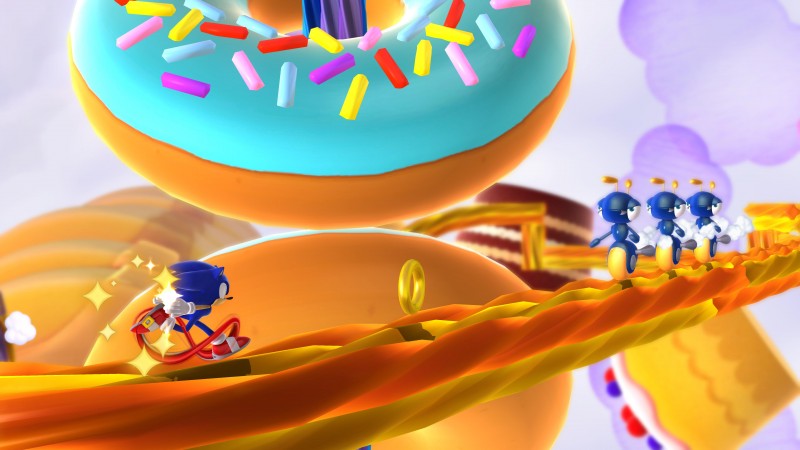 Levels are visually creative but not built well.

For instance, a large part of the level design involves these cylindrical worlds where you cruise forward at high speeds, jumping and dodging obstacles — at least that’s the idea. For some reason, any movement left or right while running forward drastically slows Sonic down, killing the fluidity. Also, jumping in a diagonal fashion on these types of worlds is strange because the world won’t rotate with you, which can cause a premature death. Sonic: Lost World is certainly filled with premature deaths.

This unfairness is largely due to the questionable controls and lackluster implementation of them. For example, Sonic will only run at high speeds when holding down the right trigger, so you’ll essentially be holding that trigger for the entirety of the game. The jump button is the same button for homing attacks as well as double jumping, but the homing attack is essentially broken. I’d constantly get hit or fall to my death because I’d try to use a homing attack on an enemy, and even though the homing beacon indicated I’d attacked it, Sonic instead double jumps. This is a mechanic that has been in 3D Sonic games for over a decade, and yet it is implemented miserably in Sonic: Lost World.

The classic 2D levels make a return, but they are shoehorned in the middle of worlds at random times with no connection. They try to re-create the magic from the traditional Sonic games where precision is more important than pure speed, and they partly do so. However, because the control system and movement system for Sonic from the 3D portions of the levels are the same, playing these sections feels off. Sonic just doesn’t move as solidly and slickly as he did in the traditional games.

On top of the sloppy controls is a complete lack of information for the player. You’re thrust right into the thick of things after the first cinematic — no tutorial, no explanation. There are occasional hints that vaguely define certain actions that Sonic can perform, but they aren’t made apparent enough to you. Also, enemies, platforming elements and other parts of level design do little to inform you of the patterns before they just send you to your death. Enemies hardly give a clue as to how to defeat them, requiring you to just forcefully attack them in different ways to figure it out. In a game where deaths happen frequently and lives are rare, a trial-and-error system like this is quite frankly horrible game design.

It’s not all bad, though. Some worlds you visit are brilliant and re-create the loads of fun I had in past Sonic games. Running through a giant beehive at blistering speeds and moving from linear pathway to pathway to avoid running into honeycombs are purely adrenaline-fueled and awesome. In fact, the linear levels are the most enjoyable as the concept appears to be more focused rather than opening up lackluster options for the player. Unfortunately, these instances are few and far between. 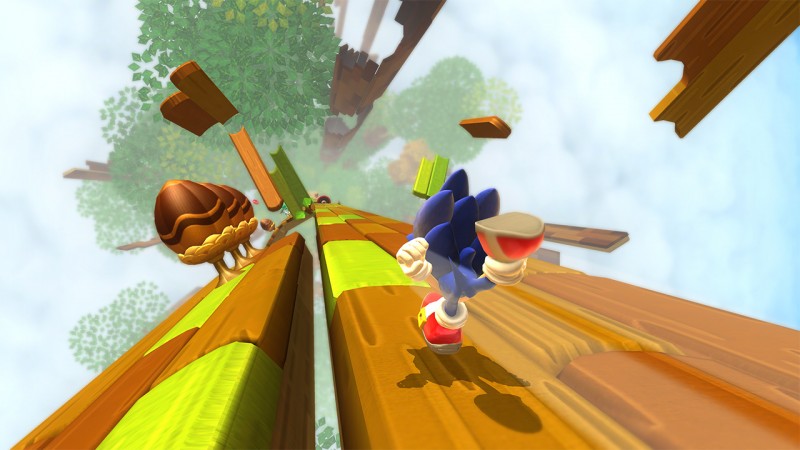 Linear levels offer the most fluidity.

As for the uniqueness of being on the Wii U platform, well, there’s not much to write home about. The touch screen displays a useless map that tracks your progress throughout the level as well as touch buttons for useless items to “help” progress in the levels. These items are earned by completing quests like obtaining a certain number of rings or killing enemies in creative ways. The items can then either be used or “wisped away” to other players online to help them. There are also some mini-games that play like brick-breakers, using the touch screen to help collect critters. Unfortunately, I didn’t care about any of these superfluous features. There is so much potential for brilliance with the second screen on the game pad, but again, Sega falls short of producing the slightest creativity.

I don’t normally get so angry enough when I’m playing games that I actually yell at my television, but Sonic: Lost World frustrated me to no end that I couldn’t help but audibly produce angry quips towards this disappointing product. It’s not like I’m unskilled with Sonic games, either, as I grew up playing the games on the Sega Genesis and even had an enormous amount of fun with the recently released Sonic Generations. Instead, for whatever reason, Sega abandoned everything in Sonic Generations that made it great and put out something utterly soulless. Ultimately, Sonic: Lost World dismantles Sonic’s precision, and his flow is as inconsistent as the Sonic franchise itself.