PC-based flight simulation has roots going back to 1976. A computer engineer named Bruce Artwick wrote a few editorial pieces about the potential of this burgeoning hardware platform with respect to simulating flight. The response was so positive that Artwick founded a company (SubLOGIC) to create such a product for the immensely popular Apple II.

None of that mattered when the bean counters finally came calling. Here was a game that generated tens of millions of dollars in yearly revenue, and usually found itself at the top of the PC sales charts. The only problem was that it cost them millions to produce. No other product embodied so much diverse technology in one box while selling for a mere $50. They did some basic math. Continue putting out a highly complex product costing millions to produce, or put that money into video game development. An average-selling video game for the Xbox generated as much revenue as Flight Simulator while costing a fraction to produce. Flight Simulator was immediately and permanently grounded.

Many of us saw this coming. The team behind it got lost in its final years. It’s as if they got tired of producing just a flight simulation. Suddenly, they were less concerned about making the core better and instead focused on areas few outside that team cared about. When they started hyping realistic migration of African elephants, I knew things had to change. Remember that this was at a time when a huge percentage of their loyal audience was screaming about poorly optimized code and nearly impossible-to-reach computer specs to enjoy it. What no one saw coming was the complete departure of Microsoft from the arena. They fired the entire development team and then brought in a new team to produce Microsoft Flight. This was a product that no one wanted, and it represented one of Microsoft’s most embarrassing failures in its history. Instead of listening to the very community they were responsible for building, Microsoft instead doubled down on the product’s most hated features and then managed to even get that wrong. Microsoft Flight came and went faster than a passing comet.

Today, the flight simulation fan faces a number of very difficult choices. None of them are currently all that appealing, and no one is quite sure what the industry will look like at the end of this decade. That’s a hard reality for a community that knew — year in, year out — that their hobby would be in stable hands.

Currently, the choices boil down to mainly just three. Let’s look at each of them. 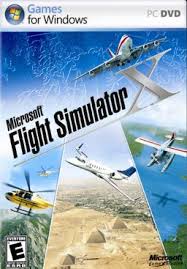 For starters, FSX is still out there. Microsoft continues to actively sell it, and it can be had for as little as $20. The beauty of FSX is that it benefits greatly from its incredibly immense community. It’s an offshoot industry unlike any other. There are literally countless designers, artists, programmers, peripheral manufacturers and more who all made their living off this game. That means that there are also an endless number of add-ons (free and payware) to extend the capabilities of FSX for the foreseeable future. Anyone picking up the game today will have no problem finding products and supporters to help them get the most out of it.

On the down side, FSX wasn’t a flawless product to begin with. As I mentioned, the development team behind it seemed blind to the increasing reliance on multicore processors, powerhouse GPUs and the potential they could deliver. It’s also forever stuck as a 32-bit program, which means it’s never going to be able to utilize more than 4GB of memory. In 2014, that’s a huge disadvantage. Many FSX fans will argue endlessly about how the product can be perpetually improved, but that’s simply ignoring the harsh realities… and history. Many fans of Sierra‘s Pro Pilot (1999), Looking Glass Studio‘s Flight Unlimited and Terminal Reality‘s Fly! (among others) made the same claims. Today, almost no one remembers any of them. The fact is that, no matter how committed some of its fans are, sooner or later, this product will be left behind. Imagine fans of version 1.0 making the same claim. Look at that screen shot and ask if that product could have been perpetually extended while keeping everyone happy. It’s just not feasible. If this is your choice, enjoy it while it lasts. The runway ahead of it may be long, but it’s getting shorter every month at an increasing rate.

In 2009, aerospace behemoth Lockheed Martin bought the rights to the commercial version of FSX. The product they built, Prepar3D (pronounced “prepared”), shipped soon after but not to the commercial game market. It was initially marketed to professional organizations for $499. In 2012, they offered an Academic license for $49 with the higher-end license going for just $199. Their product is built on the core FSX engine, but now is stepping beyond its origins. It seems like a great option for Flight Simulator fans but with a few major gotchas.

While it currently benefits from fairly strong compatibility with FSX and all its add-ons, that compatibility isn’t universal. Some things work, while others don’t, so you can’t expect your library of add-ons to all behave as they did in FSX. Thankfully, it also inherits a huge chunk of the Flight Simulator development community. Add-ons for Prepar3D are designed in much the way as they are for FSX. It’s a close-enough relation that the fan base also sees the products as nearly indistinguishable.

Also consider that nearly every person using the product as a game replacement for FSX is in violation of its license unless they happen to be a student. Lockheed’s own FAQ on the product gives a very emphatic answer to the question of whether the product can be used for entertainment:

“No, Lockheed Martin does not offer Prepar3D for entertainment, and we have no plans to enter the entertainment space. The EULAs explain that Prepar3D can be used for purposes other than personal/consumer entertainment.“

Perhaps Lockheed will look the other way. Perhaps they won’t. No one knows for sure, but do you want to risk potentially spending hundreds, if not thousands, of dollars in add-ons for a product developed by a company that so clearly stands against such use?

Also, consider that Lockheed isn’t interested in what gamers want. They bought this product for a different audience with different goals and needs. There’s no telling where it will be heading over the coming years or if it’ll even be around. Revenue from the Academic version is a blip on Lockheed’s radar and subject to complete elimination as easily as it was created. Making matters worse is that the latest versions are extremely buggy with countless examples of product crashes. Now consider being on the waiting end of bug fixes from a company that has no interest in the game market.

Added to it all is its graphics. The current look of the product is, to my eye, rather cartoonish in nature. Water, clouds and the planes themselves often appear toy-like and artificial. This isn’t a case of just not preferring the platform. I had been a Flight Simulator devotee going back to the beginning. Lockheed felt the need to make dramatic visual changes and, in my view, not for the better. The perception of Lockheed representing the cavalry coming in to save the day suddenly doesn’t seem quite so accurate any longer. 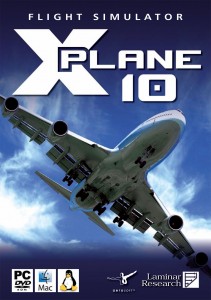 Lastly, there’s the seemingly always-present X-Plane. This venerable product goes back to 1993 when it was first created on the Apple Mac as a single plane simulation. Today, their current product is, coincidentally, also its tenth major version. Over the years, its small, dedicated team of developers has had to develop something they may not have intended — incredible patience. They’ve had to continually make their way, always in the shadow of bigger developers who’ve all now come and gone.

Without question, it’s biggest draw currently is the fact that it’s a living, breathing, fully available product. It boasts some wonderfully natural graphics and support for the latest technology (like 64-bit versions). It’s also strikingly OS agnostic. Unlike nearly every other product before it, X-Plane 10 is available on the PC, OSX and Linux with mobile versions also available for Android, iOS and webOS.

You’ll also find 3D cockpits as the norm, and they’re usually quite well done, although some are a bit tricky to operate.

Unfortunately, the product also has a long list of its own issues that have always kept it from surpassing its competition in its own right. The biggest issue is the lack of a real community — at least as compared to the Flight Simulator world. This shortcoming jumps into focus as soon as a would-be fan starts to look to expand the product. Hugely popular planes are nonexistent or have dated offerings. Scenery areas long ago covered in Flight Simulator are nowhere to be found. New users may also struggle to find the same easily available help they experienced in the Flight Simulator community. Much of the community that does exist is made up of long-time converts who’ve become a bit worn out having to continually defend their product of choice, which often happens in discussions with those who just came over from another sim.

Much of the problem stems from the product design itself. The developers are well meaning, but it’s clear that this is a company run and directed by engineers. The product’s interface defies explanation in many areas, but don’t try telling anyone there that. If it functions in any way, it’s good enough for them, and that’s all there is to it. This sort of approach leads directly to one of its most glaring oversights, and that’s the near total lack of airport scenery. Fly into Chicago, San Francisco, Atlanta or Dallas, and you’ll find barren landscapes broken up only by lonely runways.

Then there’s the case of some elements that longtime Flight Simulator users will find mind boggling. For example, the product only recently started offering the ability to choose where you wanted to start a flight. Previously, the sim simply picked up right where you left off. If you quit mid-flight you’d find your 747 sitting on some tiny airfield that just happened to be closest to where you stopped. Moving to a new location meant another long wait while all the data for that location loaded. Now you can choose the airport but nothing else. Starting in some major airports just might place your plane half in the dirt. To move to a gate or runway requires an entirely redundant second step of selecting that more specific location from a menu that suddenly becomes available only then.

My biggest concern is how Laminar Research (the company behind X-Plane) will fare now that they’re experiencing very limited competition. For those who’ve been following the company for several years, the impression is that of an entity being run more like a hobby than a business. That creates all sorts of issues with respect to growth. What major add-on developer wants to jump into a scenario where the core product isn’t developed in a predictable manner? Will Microsoft’s exit somehow get Laminar to change this approach? Doubtful.

The bottom line today is a choice between three less-than-optimal selections. I’ve chosen X-Plane 10 for now. It’s at least still actively developed, and new users are showing up daily, although more slowly than I would have expected. Those new to simming won’t be hampered by past Flight Simulator experiences. X-Plane seems a good fit for them. For the rest of you, the flight simulator world is very much a crapshoot.