It was incredibly unlikely that Diablo III would live up to the hype back when it was released in 2012, twelve years after its predecessor. Diablo II essentially perfected the action RPG genre and lived on to have a thriving community for many years. What wasn’t quite expected was how far Diablo III was going to stray from the excellent formula produced by its predecessor.

Fans were livid with the horrid story, streamlined/weak skills and utterly boring loot system with an auction house that eliminated the discovery of loot drops. I left the game dissatisfied after just a couple of weeks. Two years and numerous patches later, I decided to jump back in to see how the game has evolved to prepare for the upcoming Diablo III: Reaper of Souls expansion pack.

At face value, Diablo III is an entirely new beast. The most notable change is the Loot 2.0 system that was implemented. Before, loot drops were abundant and relatively underwhelming. Rarely did you find a piece of equipment that was better than your current setup. Often, gold was more valuable than loot, and this facilitated the use of the auction house. Loot drops were also counterintuitive with things like Wizard staffs having properties like strength or dexterity. Ideal loot only focused on your primary stat, vitality to survive and critical attack chance. No longer is this the case. 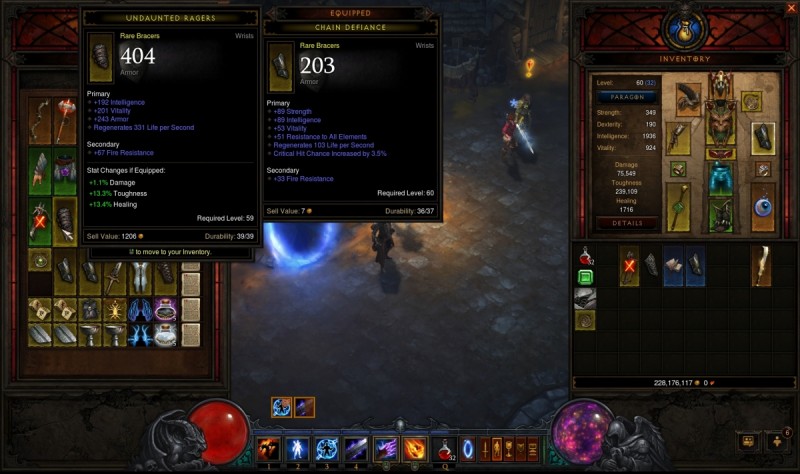 The difference in item quality is enormous compared to the vanilla Diablo III.

The Loot 2.0 system completely revitalizes how loot works. Items drop with much less frequency but almost always feature either your primary stat or vitality. Within minutes of playing my old Demon Hunter, I found equipment that was already stronger than my previous setup. Within four hours, I had found more legendary items than my entire 60 hours when I first dove into Diablo III years back. This increase in powerful drops also helps reduce the necessity of constantly checking the auction house, which appropriately coincides with Blizzard’s decision to remove the auction house entirely.

Taking a page from Diablo II, items now feature a wide array of unique properties. Cooldown reduction for abilities, percent damage increases in specific abilities and chances to apply area of effect damage are just a small portion of new properties on items. Rather than just look at an item to see if it had more of my primary stat, I had to judge the values of things for the frequency of my skills or ability potency over pure stat increases. It felt so refreshing to consistently find upgrades to my character that could possibly change how I played.

Complementing the excellent rebirth of the loot system is a much needed rebalancing of skills. At the start of Diablo III’s life, many skills and ability-affecting runes were often completely disregarded as being worthless in favor of cookie-cutter builds. When I was playing my Demon Hunter with the new patches in effect, it was actually a struggle to choose skills and runes. Abilities dish out far more damage and have unique properties to synergize well with other skills as well as items you find. 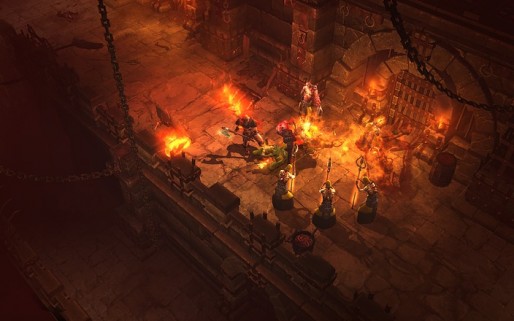 The result of these skill changes is a wealth of new builds and ways to play your character, and the item changes also help on their end. If I find an item that increases my lightning damage output, I could augment my abilities with runes that change regular damage into lightning damage. If I choose to be a more tanky Demon Hunter, I could choose skills that deal area-of-effect damage close around my character that don’t actually suck anymore and synergize it well with evasive abilities to increase survivability. The number of options given to build your character is staggering, and it fills the creative hole left behind when Diablo III was first released.

Another large change to the Diablo III formula is a new system of difficulty. Previously, Diablo III followed the traditional Diablo route of completing the game at one difficulty and moving on to complete it again at a higher difficulty. In the latest patch, this system is entirely removed in favor of a dynamic difficulty system. You can start on Normal until you get enough good gear and instantly change the difficulty to Hard or even higher, which offers a large increase in gold and experience gained. Instead of having to mindlessly stomp through the absurdly easy Normal and nightmare difficulties just to get to the challenging difficulties, you can easily augment the game to your play style while simultaneously getting rewarded for it. 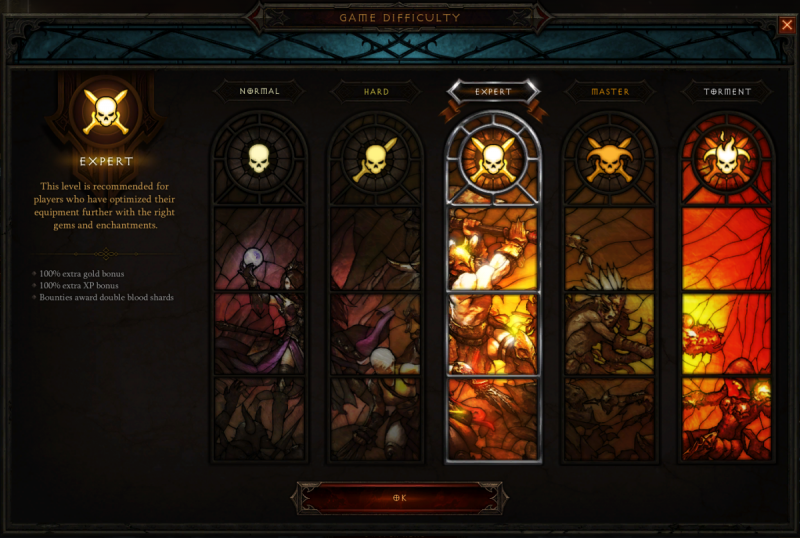 The rapid amount of experience gained from the higher difficulties obviously means you’ll be progressing your character much faster. This was offset by the Paragon leveling system, which added an additional 100 levels to your primary stats as well as magic and gold finds after hitting level 60. Paragon was implemented not long after Diablo III’s release due to the outcry of fans being dissatisfied with the game having relatively a zero endgame. However, this system has been overhauled as well.

The 100-level cap for Paragon has been removed, and instead of just increasing your primary stats, you actually have a wide choice of upgrades to give your character. Things like additional life on hit, movement speed, attack speed and critical attack chance are just a small sample of the different Paragon upgrades. This further increases the amount of customization available to your character that wasn’t previously there. To make matters even better, these Paragon levels are now account wide rather than tied to a single character, which means you won’t have to grind each character’s Paragon levels. Talk about an overhaul! 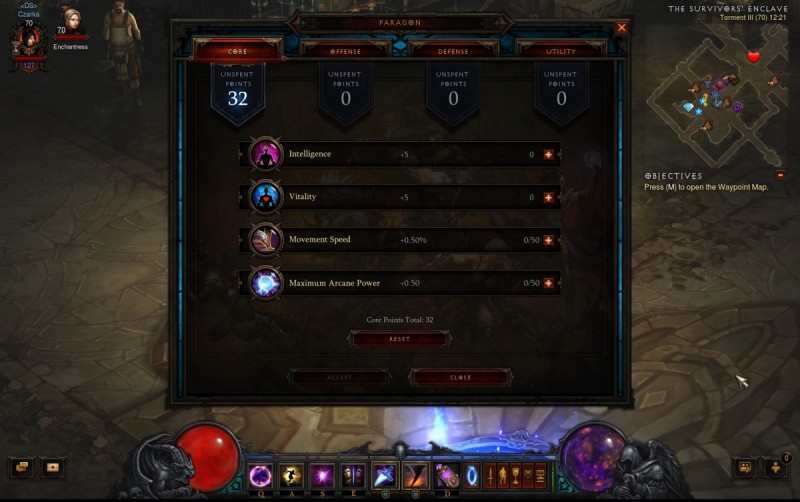 Getting Paragon levels is far more rewarding in the new patch.

It’s not often that a developer actually listens to feedback from the community and not only changes the game but completely and drastically revamps the game into a completely different product. Of course, we’re not talking about any ordinary developer. This is Blizzard. I grew up playing Diablo II for countless hours, so when Diablo III was released, it was deeply disheartening to find such a lukewarm game. It was so satisfying to return to Diablo III years later and rediscover that love I felt 10 years ago. It felt like Blizzard had lost their way, but these drastic updates to Diablo III have reaffirmed the level of care and articulation that I’ve grown to appreciate from them. If we could just do something about that atrocious story…

Diablo III is available for PC and Mac.