For the last week, The Witness has occupied every bit of my mind. When I’m not playing, I’m thinking about it, reading forums about theories behind the cryptic story and even having my eyes tricked in the real world by shapes that would look like puzzles in The Witness. At face value, it’s a puzzle game drenched in a delightful art style. Dive a bit deeper, and the true, daunting machinations become apparent. In every sense, The Witness is an impeccable experience that deserves to have nothing spoiled for anyone who chooses to play it, so I apologize in advance if this review may seem a bit vague.

The Witness starts you off in a dark corridor, and a single prompt to tell you how to move. From there, no more explanation is ever explicitly given to the player. Simple puzzles start to appear on electrical panels where you connect a line from a dot to its end point. Gradually, things ramp up in difficulty with maze-like panels through which you have to weave. After leaving the tutorial area, the island opens up, and The Witness truly begins. 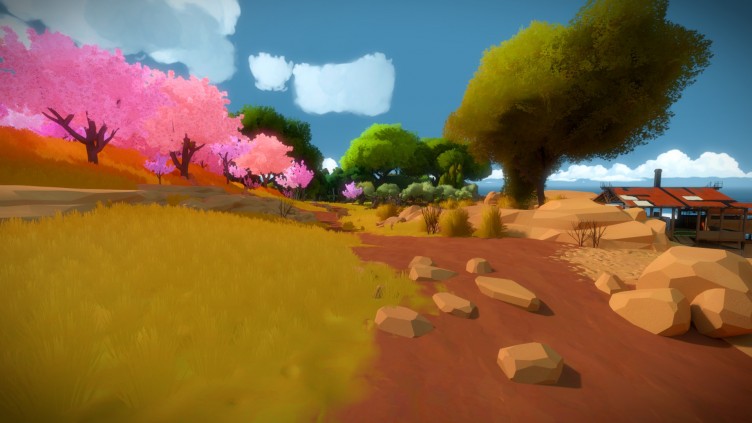 The island is beautiful yet daunting in its mysteries.

You can wander off into the island in any path you may desire. There are no map, checkpoints, waypoints or anything to directly guide you in a direction. It’s at this very moment that The Witness makes it very clear that you have to figure everything out yourself. However, the world is created in a meticulous fashion so that it’s easy to make inferences about what needs to be done to proceed. In an age where almost every game insultingly holds your hand, I absolutely adored how much respect The Witness gave me to figure things out.

Slowly, you come across puzzles that contain new cryptic elements. There are some that have colored blocks or little dots in the paths of the mazes. Instead of blatantly telling you how these puzzle mechanics work, The Witness presents a series of puzzles that are intended to teach you. The first panel usually gives you a brief idea, with the consecutive puzzles increasing in complexity and testing your knowledge of the logic behind the mechanics. It is up to you to fully understand how a certain puzzle is able to be solved, and The Witness makes sure to test that in every manner possible. This style of allowing players to teach themselves is brilliant for two reasons: it keeps them immersed in the world, and it allows them to feel like geniuses as they learn how to solve a certain style of puzzle.

As you explore the island, you find that there are certain puzzles that you just simply can’t complete because you don’t have the knowledge required. In this sense, The Witness is almost like a Metroidvania except, instead of accessing secrets because of new power-ups, you access new areas by using the knowledge acquired from different spots around the island to solve certain puzzles. Slowly, after hours and hours, you find that The Witness has taught you a new language, but with shapes, sounds and colors rather than letters. 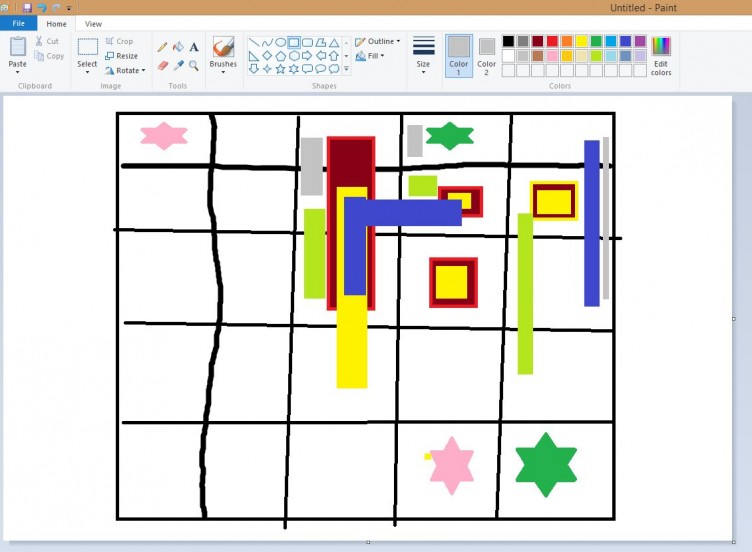 Just one of many illustrations created to help solve a particularly tricky bastard of a puzzle.

It is not enough to simply learn the language, though. This language gets tested, twisted and tangled in a myriad of ways. Sometimes, the environment plays a significant part, and other times, the logic behind the game mechanics gets turned on its head. I constantly felt like the smartest person in the world for solving these complicated labyrinths filled with symbols that only a mad man could recognize. Often, I would have to get out a pen and paper to jot down notes or make mock mazes to find solutions. Not only do you feel clever for solving the puzzles, but you also understand just how damn smart the developers are for creating such a clever solution. It’s a bizarre, yet immensely satisfying, feeling that I haven’t found replicated in any other puzzle game.

The Witness can become frustrating if you let it get to you. By no means is The Witness easy; in fact, it may have been one of the hardest games that I’ve ever played. However, it quickly became clear that melting your brain by staring at a puzzle for an hour isn’t such a good idea. It’s at this point that the open world plays an important part by allowing you to simply walk away and explore some other part of the island to cool your head, taking in the serene visuals. It felt peaceful yet exciting to just walk around and find interesting little areas and vistas, trying to piece together any evidence of what is going on. 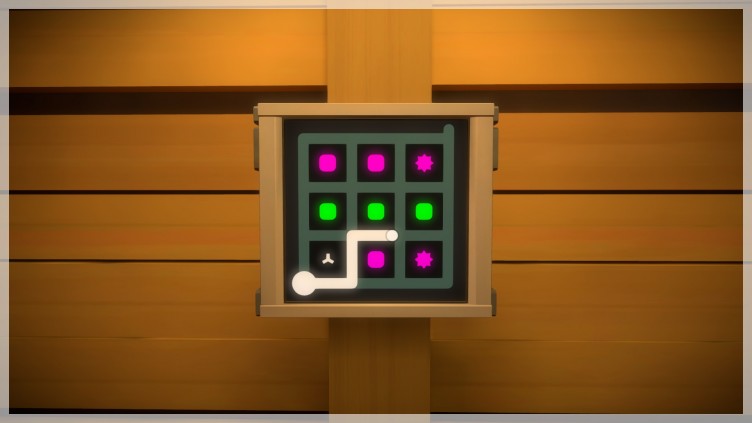 Puzzles are filled with cryptic language for you to to discover and understand.

Scattered throughout the world are vague and obscure hints of a possible story behind the island. Hidden audio logs spout off mildly pretentious lines of philosophy, and loads of sculptures are presented in clever little illusions among the landscapes. While I appreciated the emphasis on allowing the player to come up with their own theories, some bits of narrative felt unnecessary or overly convoluted. That said, after doing some digging toward the end of the game, the overall nature of the story pays off in powerful ways that had me making connections to different things that I had found on the island.

I wish that I could talk about every single wonderful thing that I discovered and every fascinating puzzle that I solved on that island. The fact remains that The Witness provokes such evocative feelings that become soiled if spoiled even a little bit. Every inch of that forsaken island felt expertly crafted to create little microcosms of brilliance. They constantly surprised me in new ways while at the same time presenting moments where I surprised myself in how I applied the language that I had learned to solve the puzzles. By no means is The Witness for everyone, but for those who wish to be challenged and who enjoy the very act of learning and discovery, The Witness is an absolute masterpiece.

The Witness is available for Windows PC and PlayStation 4.