Titan Souls is like the creation of some of my childhood video game fantasies. I always wanted a game that was purely boss fights — no fluff, just 100% boss fights as the number one game play element. Titan Souls is the manifestation of that desire and creates an experience that’s unlike many others. Its basic mechanics are refined enough to create exciting moments rewarded by skillful execution. It’s fun but ultimately flawed in many respects.

In the world of Titan Souls, there isn’t much to do besides killing Titans. These massive monsters tower over your tiny sprite character whose only weapon is a bow and a solitary arrow. Your arrow has to be charged up to shoot, and once it’s out there, it has to be recovered. It can be picked up off the ground or by holding the attack button to suck it back toward you. Aside from the bow and arrow, our hero can also perform a quick roll to dodge attacks. These limitations are what Titan Souls builds its entire game play around.

Titan Souls starts off quickly with very little downtime before you’re headed right into the gauntlet of bosses. With a game entirely based around these encounters, it’s crucial for them to be interesting visually and mechanically. Titan Souls succeeds here for the most part. Every fight is unlike the others, and each requires different strategies. Almost every fight can be solved by a single arrow hit, and at the same time, you die in a single hit. It creates an overwhelming sense of danger while simultaneously bringing a sense of triumph when you finally take down one of these Titans. 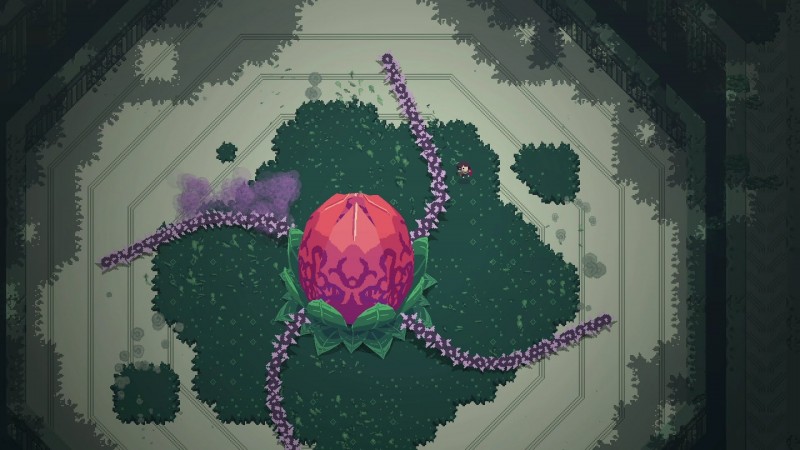 Just a single hit can kill you, but the bosses also share this weakness.

Because of the interesting nature of the boss fights, they are more puzzles than they are actual fights. Many encounters take multiple attempts and deaths to figure out how to actually expose a weak point. A slowly rotating mask is impenetrable from the front and always facing you but never reveals its backside for an attack. The aha moment comes when you shoot the arrow behind the boss and suck it back toward you to get the arrow to hit it from behind. Titan Souls does a great job of creating these fun opportunities of quick critical thinking and skillful play.

Some Titans are certainly more well designed than others, though. Many can be beaten within seconds of starting the fight because the weak point is easily available to attack. A giant rolling boulder has an accompanying giant eye that you have to hit as it’s rolling around. If the fight goes on for too long, the Titan creates waves of fire that kill you, but the fight never persists long enough for this to take effect because of this easily exposed weak point. These fights made me want for longer battles where I could take a bit of punishment with the boss having multiple phases. 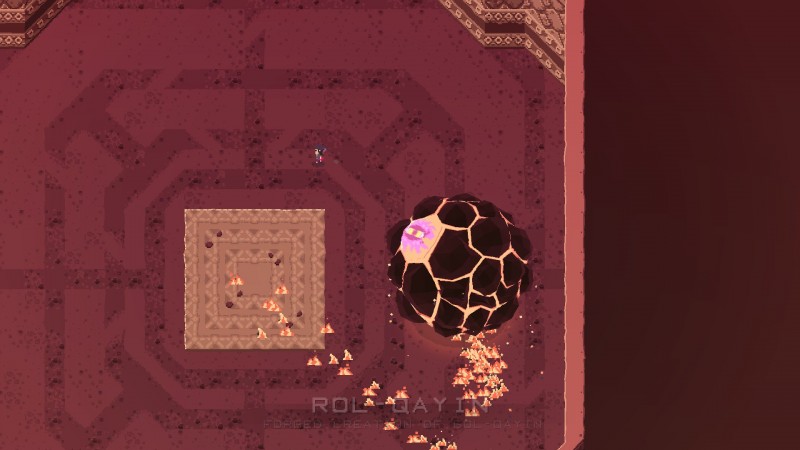 Boss design tends to be hit or miss.

In between these boss fights, there is a relatively small overworld to explore. This world has a few different paths that lead to new areas to fight Titans. The problem is that these areas aren’t interesting in the slightest. Titan Souls has the standard snow and lava areas and even copies the Lost Woods from The Legend of Zelda where the forest is a giant maze. There also isn’t much else to do in these areas besides running from the checkpoint to the boss fight. While I understand the focus of Titan Souls is on these fights, the world could’ve been made more engaging to explore.

My biggest beef with Titan Souls comes from its pacing. Let’s compare Titan Souls to its obvious inspiration — Shadow of the Colossus. In Shadow of the Colossus, you have these huge moments of excitement that last upwards of fifteen minutes, followed by a large downtime where you’re exploring the world to find the next Colossus. In Titan Souls, you have extremely quick fights followed by another boss fight that’s adjacent to the previous one. There doesn’t seem to be enough of a break to collect yourself or get lost in the world.

The way that Titan Souls handles punishment is a bit polarizing. Because you can die in one hit, you constantly restart fights to figure out how to take out the damn thing. Instead of instantly respawning back at the beginning of the fight, you have to walk from the central checkpoint in that level back to the boss area. When you’re getting your butt handed to you, it can become annoying to have to walk back the 30 seconds to the fight. It sounds nitpicky, but when a boss attempt can last just a few seconds, you spend more time walking back to the fight than actually fighting. Because of this, the feeling of killing a Titan is met with relief more than achievement. 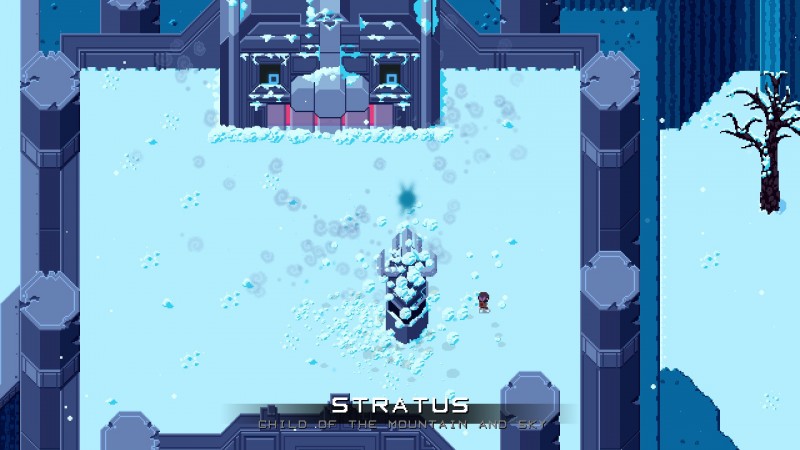 While the different areas look nice, there’s not much to see besides the trek to the next boss.

I was also disappointed by the actual length of the game. Length doesn’t dictate whether a game is good or not, but it felt like there was a second half that was missing. After killing all 18 bosses, the game abruptly ends with no real explanation for anything that happened throughout my journey. It didn’t feel like I completed some great task, but I rather simply finished a set of challenges. I’m not saying that Titan Souls needs a large overarching story, but it would help to have some sort of exposition to give a sense of purpose to everything that happens in the world.

After the credits rolled and some additional challenge modes were unlocked, I was left with mixed feelings about Titan Souls. The simplistic design of the combat and the boss-centric focus were fun from a game play viewpoint. The surrounding elements of Titan Souls are where I lose some of my love for it. The uninteresting world and poor pacing issues hold Titan Souls back from being a fantastic game that I remember for years, and it is instead just a good game that I mostly enjoyed for a couple of hours.