Today there’s a headline in Kotaku (a popular gaming site) entitled, “In Defense of the Classic Controller“. The story is about the demise of the classic gaming joystick/controller due directly to the popularity of Nintendo‘s Wii console. It’s so popular that both Sony and Microsoft are moving to similar, or even more advanced, designs taking us even further away from the classic controller with the next console overhauls.

One of the key comments in the piece is this gem, “Making something ‘more accessible’ doesn’t necessarily make it better.” 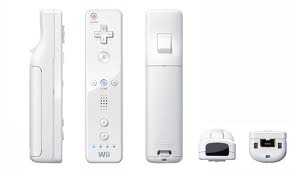 I find this all quite entertaining because it’s about time it came to this. Why? Because back when PC’s dominated the games industry we had to go through the very same trouble once console gaming came along. The reality was simple—it appealed to a wider audience and a wider audience meant more opportunity for profit. That’s it. “Better” is always a variable term depending on who is doing the calculation. Better to the manufacturers means whatever drives more profits into their coffers.

So now the sniveling little snots that dumbed-down the gaming experience that was PC gaming have now grown up to find that their own efforts have exposed an even more challenged group of buyers out there and the result is another step down in complexity and accuracy.

This next round will still resemble gaming and will help get some off the couch. I fully expect that the generation after that will all be brain wave-based so that you won’t even need to move to play a game. You’ll just think the moves and they’ll happen. That’s just one step away from a solution that allows the dead to play.

I’m just ranting a bit about the fun of seeing this crowd have to swallow the bitter medicine for a change even though I realize the issues and support the market continuing to expand this way. What I really took issue with was that generation moving away from the PC while ridiculing its more accurate input devices as antiquated.

Welcome to the party kids. Now it’s your turn to listen to grandma and your 3 year-old niece tell you how antiquated your console’s controllers are and why they’re not necessary.