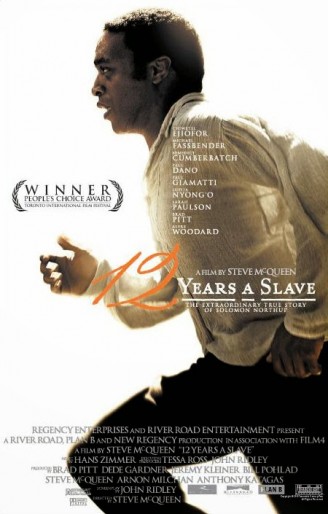 Slavery has been addressed by so many movies and television shows over the years. Many of those stories have their origin in books, as in Roots, while others are entirely fictional and original, as in the recent Django Unchained. It’s rare for a seemingly new story to be unearthed and adapted into a movie. Such is the case of 12 Years a Slave, which is based on the memoir (titled Twelve Years a Slave) by Solomon Northup and was discovered by the wife of director Steve McQueen and presented to him when he expressed a desire to make a movie about a free man placed into slavery. There’s an awful lot to like about this film, but some obvious problems kept it from being the exceptional film that I expected it to be. 12 Years a Slave boasts a great cast and some memorable scenes that are hard to watch, yet I found myself taken out of the movie too often instead of focusing on Northup’s personal journey.

McQueen (cowriter/director of Hunger and Shame) and writer John Ridley (a cowriter of Red Tails and a writer on various TV series) adapt Northup’s 1853 memoir into a 134-minute movie that moves fast, perhaps too fast for its own good. Northup (Chiwetel Ejiofor of Dirty Pretty Things and Kinky Boots, as well as Salt, 2012 and American Gangster) is an educated free man in Saratoga Springs, New York, in 1841 with a wife and two small children. Two con men named Brown (Scoot McNairy) and Hamilton (Taran Killam) admire Northup’s violin playing and trick him into a trip to Washington, DC, where he will supposedly play concerts for a fee that he can’t refuse because it can help his family. In Washington, Brown and Hamilton get Northup drunk, and when he wakes up, he’s shackled in preparation for sale to the first of three masters and given the slave name Platt. Over the course of the film, Northup is sold to Freeman (Paul Giamatti), Louisiana plantation owner Ford (Benedict Cumberbatch) and, finally, Edwin Epps (Michael Fassbender). The two main halves of Northup’s journey feature a number of strong female characters, including the slave Eliza (Adepero Oduye) bought by Ford and separated from her children, the slave Patsey (Lupita Nyong’o of the upcoming Non-Stop in her film debut) and the resentful, vindictive Mistress Epps (Sarah Paulson of the American Horror Story series).

Northup’s story is so compelling because it both includes familiar elements from our knowledge of history and slavery as well as those things that make this journey unique. I personally don’t remember a story of a free man sold into slavery, while I encountered many with the reverse path from chains to freedom. Northup is an interesting man because he never loses sight of the return to his home and family despite no ability to easily escape. He devises a way of writing with blackberry juice while at the same time pretending that he is illiterate. When given a chance to pass along a letter through a white man named Armsby (Garret Dillahunt), who works alongside slaves to pay off a debt, he’s ready to produce a letter even if he has to play ignorant with certain people in the process. One of the biggest problems with the movie is that the passage of time is almost ignored. It feels more like 12 months than 12 years, and that’s a disservice to Northup and his courage over so many years away. The only indicators of time that I remember are the inclusion of a young girl who is implied to be the daughter of Edwin Epps and Patsey and the too-obvious change in hair color from black to gray in Northup in the final scenes. I didn’t read Northup’s memoir, but I can imagine that there were plenty of details and characters left out. Similarly, the story needs a few more milestones to mark the years, which would only serve to strengthen the impact of the movie.

The strength of 12 Years a Slave lies in its acting, particularly almost every black actor in the film. Ejiofor has been a reliable actor over the years with some standout roles who is finally getting his time in the spotlight, much like fellow English actor Idris Elba. Ejiofor simply owns this movie from the opening moments to more difficult scenes like a beating and an attempted lynching that made my throat swell up in response to his work. Oduye also impresses in her few scenes, while Nyong’o has arrived on the scene with her powerful performance and difficult-to-watch scenes with Fassbender. Michael K. Williams stands out early in the movie as fellow slave Robert, and for those fans of Beasts of the Southern Wild, see if you can spot its stars, Quvenzhané Wallis and Dwight Henry, near the beginning of the movie. 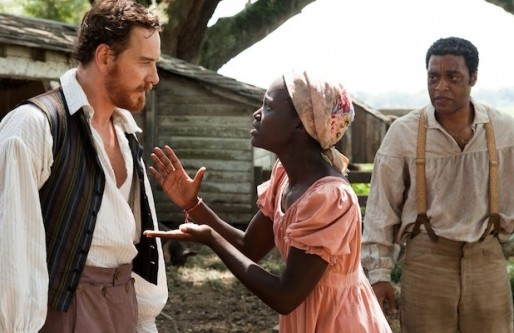 The white actors don’t fare as well here, with the exception of Fassbender and Paulson, whose portrayals rise above stereotypes, and Cumberbatch to a lesser degree. I cringed every time Paulson appeared on screen, and Fassbender continues his filmic relationship with McQueen, much to both of their benefits. Beyond these few actors, I was distracted by almost every other white actor for one of three reasons.

First, there were too many cookie-cutter characters with almost no complexity, including many of the slavers and plantation foremen. Second, there was a lot of stunt casting going on, which completely took me out of the movie. Look, it’s Paul Dano. Hey, there’s Giamatti as a slave trader. Is that Brad Pitt? The latter should have remained behind the scenes as a producer rather than steal any of the spotlight from Ejiofor. Pitt has a crucial part as Canadian abolitionist Bass, but I would rather that someone else had taken his place. I have loved Alfre Woodard’s work since St. Elsewhere, but her cameo as favored slave Mistress Shaw could only have been more out of place if Oprah Winfrey had taken that role. Third, the use of the word “nigger” by the white actors was in many cases used to trigger a negative reaction instead of represent the use of the racist term in its context. Yes, people referred to blacks with that word in common speech at the time, and the film would be inaccurate if they excised its presence from the film. Still, there were also at least a couple of annoying dramatic pauses before the word’s use and an oddly comical sequence in which Dano sounds like a modern rapper as he sings an insulting song. I didn’t expect this disconnect when both the director and writer are black. Some of the out-of-place dialogue would fit more in something like Django Unchained.

There’s no question that 12 Years a Slave leaves its mark on your spirit and mind for hours after its ending. This is a film that resonates because of its characters and actors, and the score by Hans Zimmer expertly underlines the madness of Northup’s experiences with clanging sounds early in the movie and the humanity that he seeks with softer themes in the second half. Even though moviegoers may be prepared for the subject matter, a whipping scene calls to mind the brutality of The Passion of the Christ and perhaps was intentionally presented that way. I had unfortunately seen the Saturday Night Live sketch 12 Days Not a Slave prior to this movie. Killam appears in that sketch for a few seconds, so I was surprised to discover the comedian in this cast, despite his recent branching out into films with The Heat and Grown Ups 2. All flaws aside, 12 Years a Slave is one of the year’s best movies and deserves all of the praise bestowed upon its filmmakers and cast.