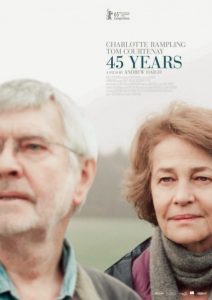 An aging married woman suddenly finds cause to question the foundation of her relationship in 45 Years.

Kate Mercer (Charlotte Rampling) and her mild-mannered husband Geoff (Tom Courtenay) are in the autumn of their lives and about to celebrate their 45th wedding anniversary. Like so many other similar couples, their longevity is the most remarkable thing about their marriage. Now retired, they live a comfortable but unassuming life in the countryside, filling their days with simple hobbies and basic household chores. The passage of time acts like a mighty river, forever softening the rough edges and sharp emotional spikes of any path that it follows. Their relationship is the tree in the center of that river. Its bark is now worn, the branches are torn and the surroundings appear more barren than years past. It endures through sheer determination; its roots grow deeper with each passing season.

Earned through years of withstanding the shifts of the currents, that stability is what defines Kate. She revels in the certainty of unremarkable everyday life. Her days with Geoff are exactly as they should be, or so she hopes. It’s not until an unseen incident arises that she finds herself compelled to reexamine everything that she once believed to be true about her marriage, her life and her future.

This is the quintessential example of British filmmaking and all that represents, both good and bad. It’s a very methodically paced story, peppered throughout with drawn-out shots of mundane elements that do very little, if anything, to move the plot forward. We watch interminably as Kate does nothing more than drink a glass of water. The real test with such films is whether the ends justify the means, even when such a journey may come at the cost of more mainstream acceptance. It’s a highly contemplative experience drenched in dialogue that feels ripped from your own familial experiences. We identify immediately with every furtive glance, every minor gesture and every earnest emotion. The downside of the British influence is the continual urge to scream out at the characters to just finally end their suffering with a simple conversation.

Rampling’s stunning, understated and exceptionally effective performance is pure pleasure to watch. She gets more from a simple turn of her lip than Courtenay manages with an entire scene of dialogue, and that’s not meant to knock his solid performance in any way.

This is a film that will sneak stealthily into your inner thoughts. It compels you to reach out to a loved one for a series of deeply introspective discussions about the nature of its layered meanings. You just have to be willing to stand steadfast in the river to await its full potential. 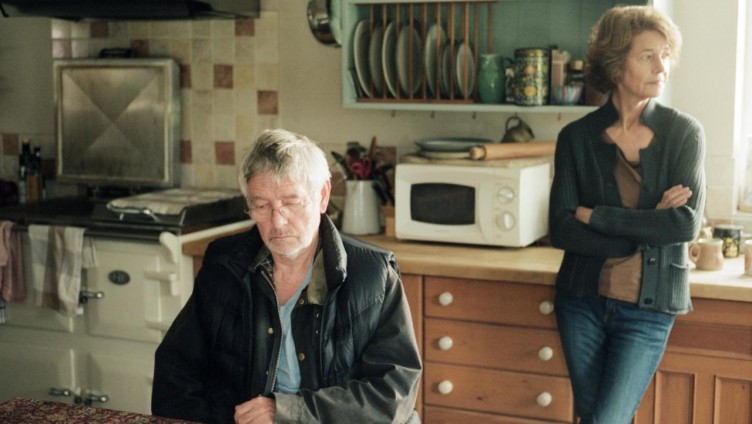