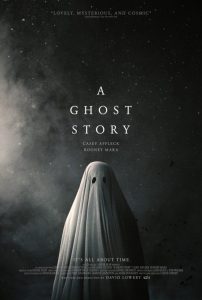 An aimless spirit ponders the point of existence in A Ghost Story.

Death is one of life’s deepest secrets. None of us get a verifiable cheat sheet on how to proceed should there prove to be an afterlife. Such is the dilemma for the sad ghost of this tale, destined to carry on without any hint of purpose or direction. If anyone can relate, it’s writer/director Dave Lowery, whose script and direction follow the same wayward course through 92 eternally dull minutes.

The story is as thin as the literal white sheet that our ghost wears throughout and as nondescript as the eyes behind the holes cut into it. We endure one prolonged scene after another where almost nothing happens. We get it. The afterlife is boring. It’s like deciding to make a film about the life of a speck of paint on a floorboard in a long-forgotten corner of a dark closet. It’s been there, but that doesn’t make it compelling movie fare. As the coping widow, Rooney Mara spends one scene doing little more than devouring an entire pie, one measured fork-full after another. The result is a film that often feels more like a collection of slides than video.

The acting is barely worth mentioning as everything, including the performances, is muted by the overreaching artistic approach. It’s even presented in 4×3 aspect ratio for no discernible reason because it adds absolutely nothing to the experience.

You’ll finally get the point of the whole thing about an hour in. It’s a compelling concept that would have been great subject matter for a five-minute discussion. As a full-length feature, you feel more like you’ve become the ghost, forced to endure this film for the remainder of your miserable, piteous existence.

I should also mention that the trailer pretty much exposes the entire plot. If you watch it, there’s little point in bothering with the film. Then again, maybe you should just watch it and save yourself the trouble. 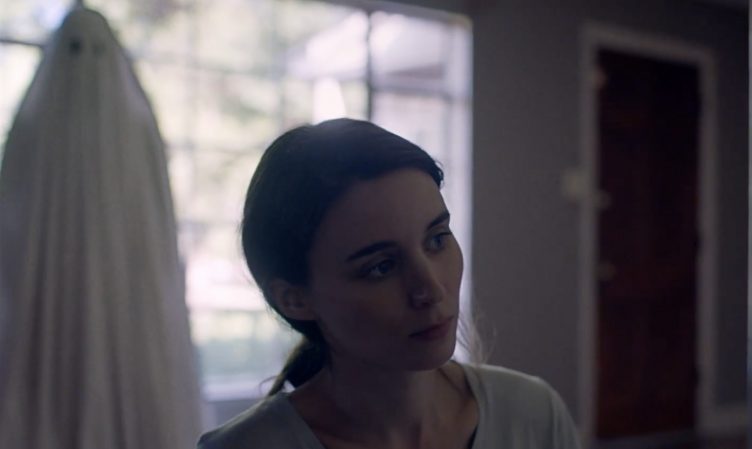