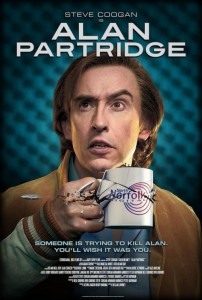 An insecure radio personality finds his world turned upside down with the buyout of the station and its unexpected consequences in Alan Partridge.

Radio DJ Alan Partridge (Steve Coogan) is a fairly well-known character in England, created for various sketch pieces by Coogan and others a number of years ago. He is, however, virtually unknown to audiences in other countries. For those regions, the big question will be if it translates effectively, if at all.

Partridge hosts a quirky show at a nondescript radio station called North Norfolk Digital. It’s staffed entirely by misfits and cast-offs, each with their own unique eccentricities. Like the old saying, in the land of the blind, the one-eyed man is king, and for this land, that man is Partridge. He’s superficial, self-centered and rather incompetent, or among this lot, he’s a perfect leader.

When their beloved station is bought out by a new conglomerate, the staff (fearing mass layoffs) turns to Partridge to represent them to the new owners. Of course, fearing for his own neck, he instead lobbies the owners to fire his longtime friend Pat Farrell (Colm Meaney). A devastated Farrell later returns to the station with a shotgun and takes most of the staff hostage, leaving Partridge as the perfect intermediary for the authorities. What could possibly go wrong? 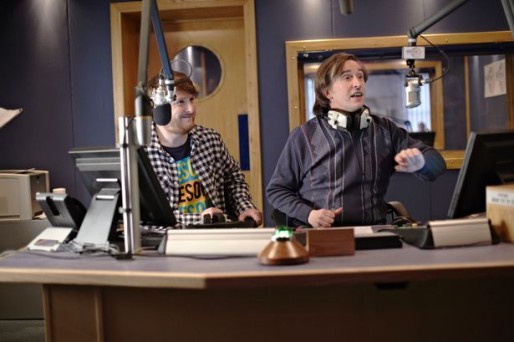 As a comedy, the film suffers from a myriad of issues. It’s unabashedly and understandably very British in its humor. That’s already going to limit its wider appeal. I love Monty Python, Rowan Atkinson and Eddie Izzard, but I still found this too dry with very little to laugh at. The jokes — the heart of any comedy — just aren’t very funny. A typical example involves making fun of how Americans wrongly refer to petrol as gas. Partridge also revels in the chirping sound that his car makes when he locks it. Trust me, the delivery doesn’t matter. It’s just not funny.

The cast is also quite unremarkable in any way. Everyone is just odd with no standouts in the lot. I couldn’t help but compare this to the wonderful Pirate Radio, in which nearly every character manages to make a bold impression.

The last disconnect is the plot itself. First, much of it matched an episode of Frasier nearly verbatim. The fact that it’s wholly implausible wouldn’t be such a big deal if the film had anything else going for it. Instead, as a result, it comes off all wrong and much darker than intended. The last thing you want from a comedy is to walk out of it feeling dejected. I’m sure that someone out there will enjoy it, but for me, it’d be a toss-up to listen to this radio station over dead air.