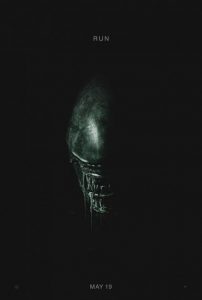 A simple formula leads to a successful and entertaining entry in the Alien franchise. You must have a new twist to the creatures or their evolution, a number of human beings in peril and a believable way for at least one person to survive this encounter with the otherwise mostly-indestructible xenomorphs. Critics and fans alike were not crazy about 2012’s Prometheus because it didn’t follow that formula. I liked the film specifically because of the differences. Prometheus was never meant to be yet another Alien sequel. Instead, it was a stand-alone story set in the same universe that would lead to further explorations of distant planets and encounters with the familiar creatures. Alien: Covenant checks all of the boxes as it blends the concepts of Prometheus with the terror and excitement of the best Alien films.

The plot is not terribly creative, yet it serves to take the action to a certain planet where nobody should ever land. The titular spaceship Covenant is a colonization vehicle en route to a chosen planet where the 2000 colonists in stasis and 1100 embryos on board will restart humanity in this new home. When an accident wakes up the crew, they fix the Covenant and also discover a human transmission from a closer planet. Having clearly never watched any modern science fiction movies, the captain guides the Covenant to investigate the source of the transmission. Director Ridley Scott delivers on the promise of Prometheus and creates an experience that rivals the best entries in the Alien franchise.

With the creatures as the real stars of these movies, the actors have to hold their own. I was impressed with the cast of Alien: Covenant, especially Katherine Waterston as the resilient Daniels and Michael Fassbender as synthetic being Walter. Ian Holm was great in Alien, but Fassbender injects higher levels of creepiness and menace in his robotic being. Billy Crudup and Danny McBride also stand out against the creatures, and McBride goes against stereotypes as he actually doesn’t serve to provide comic relief. The yin and yang of Waterston and Fassbender really provide balance to the movie. There are also some unexpected cameos and a series of other actors who become fodder for creature attacks.

When H.R. Giger designed the original creature for Alien, it was both elegant and terrifying. Although Jason Voorhees is my favorite killer in slasher films, the Alien xenomorphs and their various incarnations are my favorite movie monsters. Alien: Covenant does not disappoint with the new twists that it provides for fans like me as well as the familiar aspects of the creatures. Yes, their blood is acidic. Yes, they move quickly. Yes, that inner retractable jaw does some chomping. Beyond those facts, enjoy the surprises that Scott and writers John Logan and Dante Harper reveal in the specialized forms of xenomorphs on this planet.

I can’t tell what’s digital and what isn’t anymore. Regardless of whether they were created via computer or physical costumes and mechanics, the creatures are frightening, slimy and realistic. The special effects are top-notch here, which is the only way that the events of the film are believable. The production design is even more jaw-dropping. From the Covenant and its various support vehicles to the interior spaces on the planet, the sets and props contain a staggering amount of detail.

I always have to take off points when people in movies do stupid things like go into dark places alone or not immediately separate inexplicably sick crew members from the rest of their team. There are a few of those questionable decisions here. My favorite of the entire Alien series is still Aliens because it packed everything that’s great about the series into a roller coaster ride. To this day, the finale of that film is the only time where I ever experienced an entire audience on its feet to cheer on a character — Sigourney Weaver’s Ripley. This latest entry doesn’t reach that level of excitement, but the attack sequence on a moving cargo ship rises to the challenge. Most importantly, the title might perhaps also represent a covenant between Scott and his fans that he’ll once again return to the series with a worthy entry like this one. Alien: Covenant satisfies the cravings of Alien fans and will hook new moviegoers who encounter these relentless killing machines for the first time. 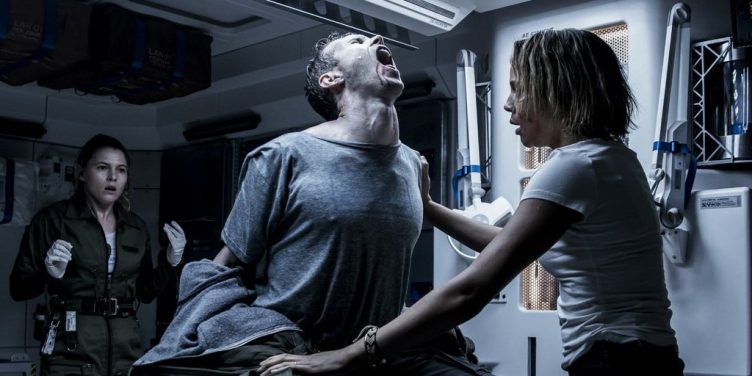