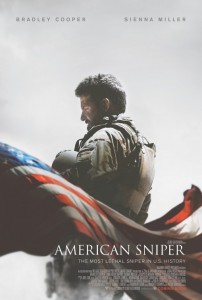 A patriotic Navy SEAL becomes the country’s most lethal shot while struggling to cope with his own reality in American Sniper.

Chris Kyle (Bradley Cooper) grew up as a God-fearing, America-loving Texas cowboy. His father taught him how to handle a rifle, how to handle bullies and, most importantly, how to handle himself. As soon as he was old enough, Chris jumped at the chance to serve his country by signing up as a Navy SEAL recruit.

Chris was soon deployed to Iraq where he quickly earned a reputation as a highly skilled marksman. He was so effective that the enemy put out a bounty on him, raising it throughout his tenure. What no one suspected was that, behind the gruff exterior and the no-nonsense patriotism, Chris was fighting his own internal struggle. His telescopically magnified view of the war began to exact a heavy toll. It was one thing to kill a deer that you’d later take home to eat. It was quite another to shoot a young child walking unknowingly toward your own troops carrying a live rocket launcher. His world slowly began to crumble around him. Each journey home would only bring an increased estrangement from his struggling wife (Sienna Miller) and their young children. Life beyond the crosshairs would prove to be every bit as challenging as his time on the battlefield. 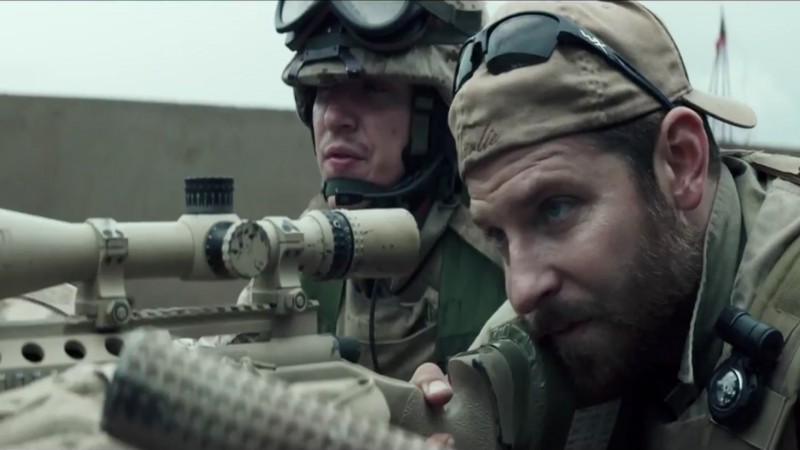 Director Clint Eastwood presents an introspective examination of one of America’s greatest war heroes. This is a tug-of-war story of good versus evil, of might versus right and of Old Testament vengeance versus New Testament forgiveness. It combines the internal strife of 2009’s brilliant film The Hurt Locker with the heart-pounding, nail-biting action of 2013’s Lone Survivor.

Cooper excels in a performance that draws us into Kyle’s internal conflict. We feel every pull of the trigger and the claustrophobic weight that each shot adds to his ever-weakening psyche. His zombie-like existence seems as personal as if our own best friend were experiencing it just a few feet in front of us, but we are powerless to help. Nearly everything about the film feels genuine. The action sequences leave the audience gasping for air, worn from the tension of one realistic confrontation after another. The locations seem taken right out of a front-line news clip. The enemy is ominous, resilient and everywhere.

The only misstep is a subplot involving Kyle’s alter ego — an insurgent sniper determined to retire Kyle permanently. It’s a role that’s so blatantly stereotyped and flat that even calling it a caricature seems lacking.

No matter how patriotic and strong a participant may be, war has a way of dehumanizing everyone who takes part in it. This is the powerful story of just one such American hero.