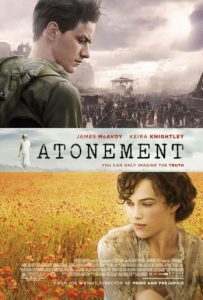 Caught Atonement this weekend which means I’ve now managed to see all five of the Oscar nominees for Best Picture. This one is a solid selection.

This is a movie whose previews were a bit misleading regarding the plot, at least for me. It’s the story of how someone, especially a child, can misconstrue what it is they’re seeing based on their limited understanding of the world, and the consequences that can bring to bear throughout life.

The acting is fantastic. The main character is played by three separate actresses, and each of them does a wonderful job. What’s more is that each one has a striking resemblance the other, which helps keep the flow going nicely.

Much has been made of the performance of Keira Knightley and it’s all deserved. She did a wonderful job as did everyone involved. I was a bit surprised at the shortness of time we see Vanessa Redgrave on-screen given her stature and the pre-movie press.

I had male friends who commented that they weren’t in a rush to see. It was billed as a bit of a love story geared mainly for couples or women. That’s an unfair assessment. There is a love story, but it’s not really about that at the heart of the movie. It’s much more about the consequences of past actions and having to live with them. It is a period piece taking place around the second world war. That has an impact on the look of the film, but not to any detraction. 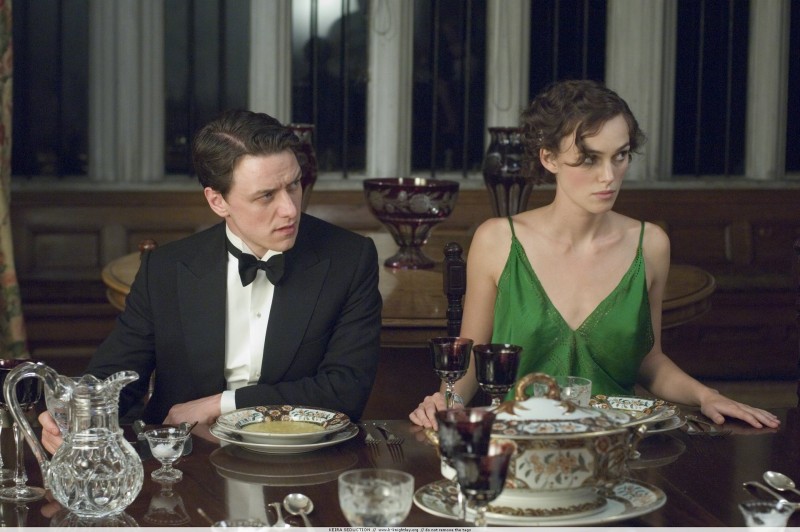 The story starts off very strongly, grabbing you almost at once, and keeping your attention through the first third of the film. Then things get a little slow in the middle before closing with a very strong, very memorable finish.

Of the five Best Picture nominees this one should be near the top of the list. I don’t think it has a chance to win though. First, it’s heavily British, and that turns off a lot of viewers. Second, this seems to be the year for either No Country For Old Men or There Will Be Blood. I would take this over both of those any day of the week. While both of the former movies are interesting they both, in my view, have major flaws that keep me from thinking of them as “best picture” material. Atonement wouldn’t be the best of best picture winners, but it’s solid from start to finish.