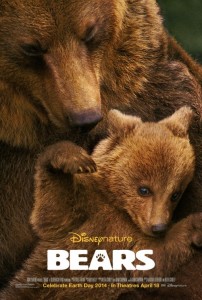 A mother bear with two young cubs looks to protect and provide for them in their first year of life in the Disneynature film Bears.

This is the seventh film in a series that started with 2007’s highly-regarded Earth. The most recent films haven’t come close to matching its success or quality. Looking to break the trend, this hopeful installment focuses on two newborn bear cubs and their doting mother as they struggle to overcome all of nature’s treacherous challenges.

Narrated in whimsical style by comedic actor John C. Reilly, the wildlife are suffused with human-like traits in classic Disney fashion to make them more approachable. We meet a number of rival bears as well as a wily, unrelenting wolf and a host of other endlessly curious creatures. It’s undeniably adorable.

The film is, without question, a visual feast from beginning to end. Its Alaskan location presents countless opportunities to wow the audience with spectacular vistas that provide the perfect landscape for both charming mischief and harsh reality. (Everyone should stick around through the credits for some great closing shots.) Typical of a Disney film, the occasional inherent violence of nature is mainly kept off-camera, presented carefully through tense shots that never go too far for the smallest viewers. The most graphic elements involve the raw consumption of a large number of hapless salmon. 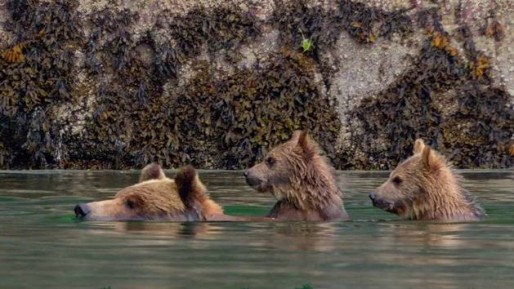 For me, the biggest failing of the film is Disney’s insistence on humanizing the “actors.” They seem incapable of moving beyond their own formula for a successful animated film. As a result, we get a number of ridiculously suggested scenarios, along with inane commentary from the entirely miscast Reilly. He simply lacks the kind of respect that the best nature films benefit from. Does anyone actually think 2005’s March of the Penguins would have been anywhere near as successful with, say, Will Ferrell providing the narration instead of Morgan Freeman?

Its other biggest drawback is a reliance on completely invented settings that clearly didn’t happen as shot. All of it is done, of course, to provide tension. Polished films don’t need such gimmicks to drive home their most powerful moments. We don’t need to believe that this specific mother bear is wasting away to feel compassion for the shockingly large number of bears who do succumb to starvation. Another unintended consequence of giving each bear a personality is that, in several chaotic shots, we’re often not sure which bear is which.

Disney has it within their power to make a real impact in nature films and honestly educate an unprecedented number of willing viewers. Instead, the company chooses to continue to provide fluff instead of recalling — and following — the captivating and effective work of people like Jacques Cousteau.