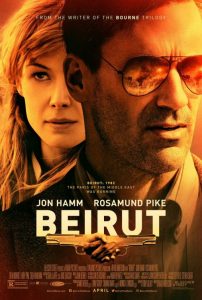 A washed-up former diplomat reluctantly returns to the city where his life fell apart in Beirut.

Beirut, Lebanon, was a thriving, vibrant city at the start of 1972. Before the year was out, it would become ground zero in the battle between several competing factions determined to exert their will upon it. Mason Skiles (Jon Hamm) served there as a top U.S. diplomat and dealmaker. It’s where he and his wife planned to settle and raise a new family. Fate had other ideas. As the region collapsed into chaos, Skiles would end up just one of its many casualties. He would escape the doomed region, but at high personal cost. The broken shell of a man who emerged would live each day thereafter surrounded by a darkness dulled only by drink.

A decade after his departure, Skiles is abruptly called upon by his country to return once again to the heart of his misery. Terrorists have kidnapped an old friend and insist that only he can act as the go-between. Can Skiles overcome his haunted past and pickled present to bring home his onetime friend? To do so, he’ll have to fight far more than his own demons if he’s to succeed.

If you’ve ever wondered why politics in the Middle East is so complicated, look no further than Brad Anderson‘s latest film. It seems that everyone wants their piece of the city, even if that means razing its landscape and burying its populace. The locals are in the midst of their own battle with one another. Israel plots to create any excuse to take over. The Palestinians want to be validated by any means possible. Meanwhile, the Americans see several avenues of exploitation to plunder. The one thing that no one seems all that focused on is saving the life of the kidnapped operative. It’s a slow burn of political chess across a white-hot board where every move comes from the shadows.

Anderson carefully crafts tension with gritty sets and grittier actors, starting with his lead. In Skiles, Hamm gets a truly complex character that lets him finally show the world that he’s more than just a pretty face. This is the best performance of his career. Anderson also leans heavily — and successfully — on a nearly unrecognizable Dean Norris and a calculating Shea Whigham as two CIA operatives with questionable agendas. The one distraction is Rosamund Pike playing Skiles’s American shadow. In a world where everyone is unshaven and unkempt, Pike sticks out for lacking any such detail. She often looks like she just flew in from a Lands’ End photo shoot.

The film’s biggest disappointment is its portrayal of the antagonists. Every local is either a cold-blooded killer or a corrupt official. Certainly, another whip-smart player in this game of tactical intrigue would have only added to the immersion. However, most audiences won’t care to make that distinction. The bad guys are supposed to be bad, right? That misstep aside, this stands as one of the better films of 2018 so far. 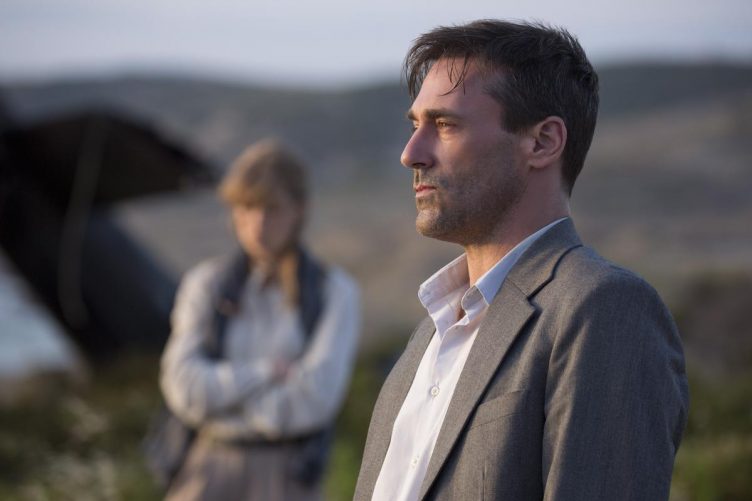