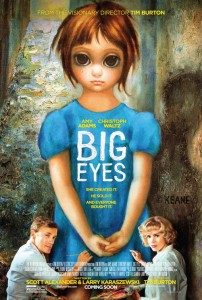 A mild-mannered but highly-talented unknown artist falls for a charming schemer in Big Eyes.

In the early 1950s, Margaret Ulbrich (Amy Adams) found herself in a bad marriage with a young daughter in a world that left her few options. Against common convention, she took matters into her own hands, separating from her husband and moving out with her daughter. To help augment her income, Margaret looked to her natural artistic talent for painting. She worked anywhere where a weekend artist could, painting portraits of passersby for as little as a dollar apiece.

Margaret also drew the attention of a bold, self-assured and energetic young painter by the name of Walter Keane (Christoph Waltz). Walter convinced the meek, mild-mannered Margaret that her talents were worth far more than the meager change she had been taking in. He combined both of their works and began marketing them all over town. Their relationship blossomed and then grew into a love affair and, ultimately, marriage.

The two struggled until Walter’s paintings suddenly gained a following. His haunting images of young children with overly large, deeply expressive eyes had become a worldwide phenomenon. Everyone wanted one. What no one suspected was that, like the works of many masters, the Keanes’ marriage hid beneath its surface a surprising secret. As the layers above it were finally scraped away, the true story would change the art world forever. 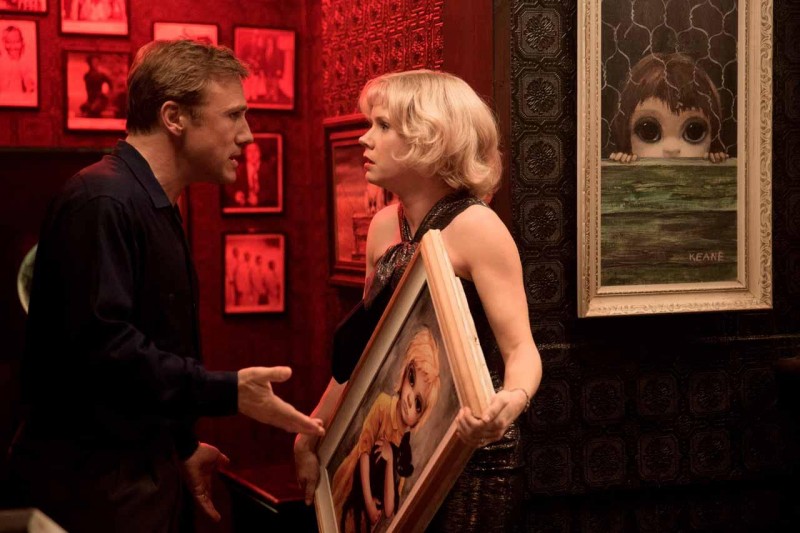 The latest film from the creative, often bizarre, mind of director Tim Burton tells a Big Fish story without ever landing the fish. His repertoire is rife with master works full of vibrant visuals and surprisingly deceptive depth. In a film about a world full of both, it all somehow seems about as interesting as an empty canvas surrounded by a stunning frame.

Everything in the film happens with an ease that’s simply distracting. The love affair, marriage and final resolution all move along with the stroke of the broadest possible brush. Waltz is as cartoonish and one-dimensional as the iconic characters of the paintings. Adams fares only slightly better with a character whose inner motivations are as murky as the backgrounds of those same paintings.

By the time we finally get to some of the finer details, the magic is gone. Burton appears to know it and responds with a scene that bears no resemblance to any other part of the film. When the paint dries, we’re left with a Burton submission that lacks any real color, punch or even a dramatic story to back it all up.