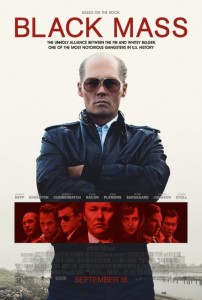 A young gangster from “Southy” grows up seeing only one path for his life — crime. James “Whitey” Bulger (Johnny Depp) knows that power and intimidation are the key ingredients to expanding his influence and empire. He surrounds himself with neighborhood friends eager to follow in his bloody footsteps. Their deadly efforts make them one of the most feared gangs in all of Boston.

In 1975, a fortuitous opportunity arrives at the criminal’s doorstep. John Connolly (Joel Edgerton), an old family friend now with the FBI, returns to the neighborhood with an offer that Bulger can’t believe. Under pressure to break the back of the local mob bosses, Connolly wants his old friend to turn FBI informant. Whitey sees the offer not as a chance to turn his life around, but as a means to substantially broaden his interests — all with the complicit help and protection of the Feds.

This retelling of a notorious criminal’s rise to power finds itself hampered by a lead character devoid of any depth. Bulger is a wounded animal capable of lashing out at the slightest provocation. We know that he’s a madman, but we never get any sense of the source of his inner demons. The result is a film that improves every time Bulger isn’t its primary focus.

The main beneficiary turns out to be Edgerton as the conniving, power-hungry FBI agent. His scenes give the film nearly all of its depth. The other supporting roles are every bit as enticing, but all are woefully underutilized. We want to see much more of Dakota Johnson as Bulger’s devoted girlfriend. Whitey’s younger brother Billy Bulger (Benedict Cumberbatch) has a story that seems rich enough for its own movie. Sadly, we just get the trailer. Ditto for Corey Stoll as the new District Attorney in town. Peter Saarsgard shows up mid-film to dazzle in a role that mimics a perfectly brilliant shooting star. It’s over before it even begins.

As far as Depp, it’s easily one of his best roles in a long time, but that’s one incredibly low bar. Once again, he hints at a deeper inferiority complex with his own looks by hiding behind mounds of unnecessary makeup. The only time that he looks even remotely human is when he’s wearing oversize dark sunglasses. In fact, the opening scenes of the film include several characters that look like they’re wearing Halloween masks. The only thing caked on heavier is Depp’s acting. With each passing role, he’s become the master of melodrama.

This dark, unflinchingly violent tale captivates us with its potential only to leave us standing on the corner as it drives on without us. 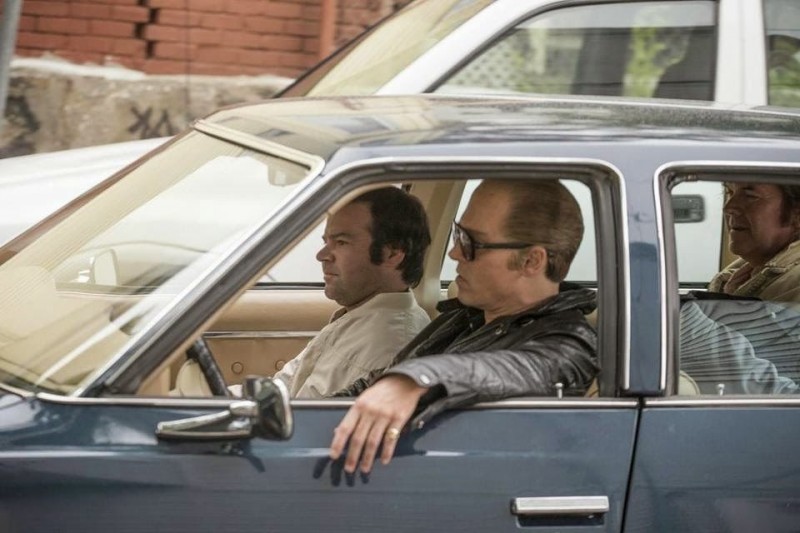