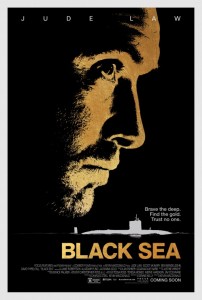 A Nazi-era submarine rumored to be carrying untold riches is the target of a maritime salvage crew in Black Sea.

Undersea salvage is a dangerous way to make a living. Captain Robinson (Jude Law) knows the risks. He’s been taking more of them in a day than most people do in their entire lives, all for salary that just barely pays the bills. When his employer suddenly decides to let him go with little more than slap on the back for a job well done, Robinson considers his options or lack thereof.

Just when things look darkest, one of his old crew members shows up with an opportunity that he can’t afford to pass up. He’s been approached by a rich investor who’s interested in salvaging a lost Nazi U-boat. The story goes that, during the last days of the war, Germany sent one of its subs on a highly secretive mission to deliver a payload full of gold bars beyond Allied hands. That sub never made it to its destination, and according to the tale, it now lies undiscovered on the bottom of the Black Sea. The investor claims to know its location and needs a crew daring enough to attempt the deadly salvage operation. It’s no ordinary job. If Robinson can pull them together, the crew will be working against conditions that none of them have ever faced. The potential payout — a percentage of the take — is immense. If the sub is empty, they’ll all be risking their lives for nothing. 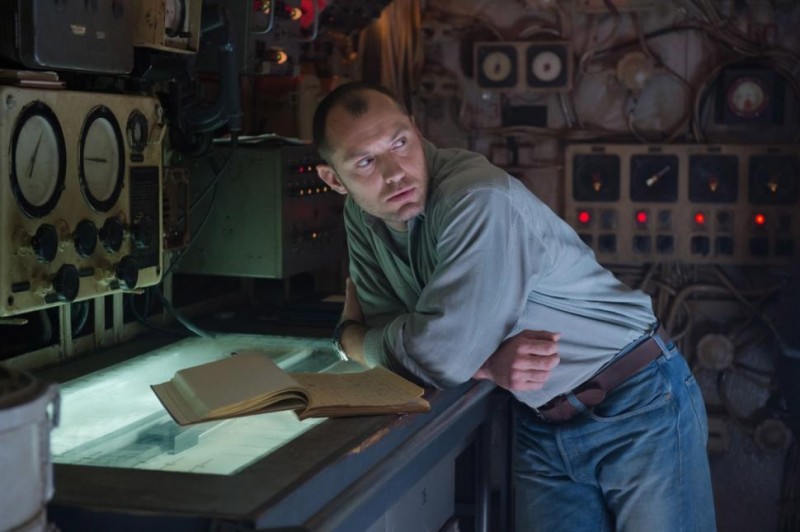 Much of the allure of the film comes from its main location — a rickety, rusty, Russian wreck of a submarine. Any movie that takes place inside a sub immediately benefits from a built-in reality. They’re dark, wet, cold and cramped in a world that’s downright ominous. The ever-present pressure pushing against a sub’s outer shell waits like the Grim Reaper for even the smallest opportunity to crush the life out of all who inhabit the vessel.

Law does a commendable job as the lead character. It’s the writing that fails to hold off the pressure. Director Kevin Macdonald expertly navigates us into ever-tenser waters only to have us stand watch as it implodes right before our eyes. The film purposely leads us down one well-orchestrated, finely-tuned path only to throw it all away in the film’s final act. It leaves in its wake the crushed remains of what once looked like an indomitable master work.