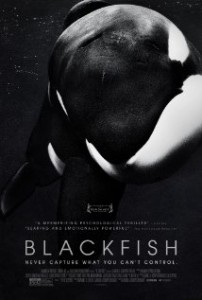 A new documentary called Blackfish takes an in-depth look at the world of killer whales in captivity.

Most everyone I know has been to SeaWorld at one time or another. It’s nearly impossible for them to come away from it without feeling drawn to the killer whales and other marine animals they encounter. It’s in our nature to want to connect with other living beings even if we don’t fully comprehend the mind-set of the creatures in question. Documentarian Gabriela Cowperthwaite attempts to delve into that mind-set — and our part in it — by talking directly with a number of informed sources, including a surprising number of ex-killer whale trainers from SeaWorld.

The main focal point of the story centers around the 2010 death of 40 year-old Dawn Bracheau — one of SeaWorld’s most experienced and most respected killer whale trainers. Her death created a firestorm of difficult questions that still haven’t been fully answered. Cowperthwaite’s film lays out a history that is, without question, absolutely damning. We take young whales from a species very much built around lifelong social bonds and transport them from their natural environment of nearly limitless ocean water into small pools where they’re forced to perform purely for our benefit. Various experts point out the disparity between what we know about killer whales (both in the wild and in captivity) and what SeaWorld representatives tell the public.

The film also goes into excruciating (but essential) detail on the injuries and fatalities of humans caused by captive killer whales, denoting that no such record exists of fatalities in the wild. It covers not only the factors leading up to the events but also the eye-opening aftermath in how SeaWorld responds. 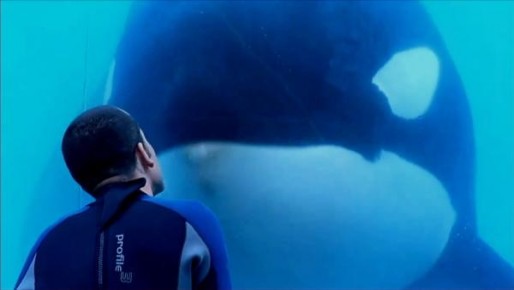 This exceptionally well-produced documentary will cause anyone seeing it to reconsider their position on something most of us didn’t even realize we needed. Without question, the film excels at drawing in the viewer and making them feel every ounce of emotion toward the ultimate conclusions reached. While some may feel that’s simply effective filmmaking, it’s also only possible because of the subject matter in question. It handles a myriad of complex issues with ease, presenting each of them in a way we can all approach and understand.

There are some big questions. Many injured trainers are referenced, but none speak on film. Why? Is this due to legal settlement limitations or genuine disagreement? We don’t find out. We also really only hear one side of the story. A single ex-trainer does speak for the other side but only sparingly and not as convincingly as the rest. The film also doesn’t fully leverage the business equation. Instead, it depends on the simplistic thinking that all corporations are pretty much bad when it comes to this sort of thing and, therefore, SeaWorld is no different.

However, it’s a huge mistake on the part of SeaWorld to attempt to sweep this under the rug. This is a stunningly beautiful, poignant and deeply emotional film. It’s able to reach out and touch the very core of our being. The irony is that much of that connection is only possible due to the decades of effort by SeaWorld to have us fall in love with an animal we previously knew almost nothing about. By refusing to take part in the story, SeaWorld leaves the viewer with no choice but to feel it has no convincing response to the accusations put forth. Many who see this will move to permanently boycott all such parks. Isn’t that worth the effort of a real response?

This is a must-see documentary. It’s nearly as chilling as the seminal 2009 film The Cove though, thankfully, not as bloody. It makes its case in nearly every way while making us all look inward to question how we should respond, and that’s what makes for a great documentary.