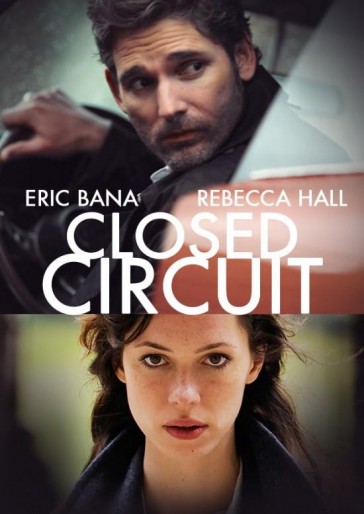 Eggs and soldiers is a British breakfast treat in which boiled eggs have the tops lopped off so that toast sticks (the “soldiers”) can be dipped in the runny yellow part. I never heard about this method of serving eggs until I saw it in a movie. Although it’s unusual to us Yanks, I would certainly try it. Similar to the eggs and soldiers, I discovered another strange British convention in a movie. Closed Circuit has a plot in which two defense attorneys for an accused terrorist bomber have different levels of access to evidence based on how classified it is. That weirdness had me scratching my head throughout the movie, but it is not nearly the worst part of a predictable, tired plot and rather unexciting film that’s more drama than thriller. Closed Circuit’s title hints at some creative use of cameras in the plot. Nope. This mess is more like a short circuit.

The people involved with Closed Circuit have delivered films of high quality in the past. Director John Crowley also directed Intermission, Boy A and Is Anybody There?, the latter starring a captivating Michael Caine as a retired magician. Writer Steven Knight also wrote Dirty Pretty Things, Amazing Grace and the excellent Eastern Promises. The result of their first collaboration is something unlikely to stir you as much as anger you with the plot points that you’ll see coming a mile away. The opening scene is a matrix of images captured by video cameras of the same market in London where a bomb is about to go off. The truck where the bomb is stored can be seen from various angles until the explosion. This reminded me a lot of the recommended experimental film Timecode by writer/director Mike Figgis in which the screen is divided into four quarters that display the output of four cameras as a story unfolds. The cameras sometimes switch the characters they follow, and this movie was only possible with portable digital cameras. Alas, the beginning of Closed Circuit did not portend better, more creative things. I could argue that it only got worse.

The stars of Closed Circuit are the otherwise engaging Eric Bana and Rebecca Hall. Martin Rose (Bana) is brought on to defend accused bomber Farroukh Erdogan (Denis Moschitto) after the previous barrister commits suicide. Colleague Devlin (Ciarán Hinds) thinks Rose is up for the challenge. There’s a conflict because he and Erdogan’s other barrister, Claudia Simmons-Howe (Hall), have some previous relationship that’s never fully explained. Rose and Simmons-Howe agree to not mention their past in order to not compromise the defense. That’s just the first of many bad decisions as the two dig much deeper than they’re supposed to and uncover some facts that put them in danger. Their investigations create adversarial relationships with a number of people, including the Attorney General (Jim Broadbent), MI5 operative Nazrul Sharma (Riz Ahmed) and government worker Melissa (Anne-Marie Duff). Do attacks and strange taxis with the same license number indicate a conspiracy? What do you think, faithful moviegoer?

This is one of those rare movies where the supporting cast actually outshine the main performers. Bana and Hall are good, but it just seems like they’re sleepwalking through this production. I was much more impressed with the limited screen time of Broadbent, Ahmed and Duff, who all portray rather steely, menacing characters. (It helps to know the difference between MI5 and MI6 to understand this story. MI5 is almost like our FBI, and MI6 includes foreign intelligence work a la the CIA as the domain of James Bond.) What’s most distressing is the near-cameo of Julia Stiles as Joanna Reece, a London-based reporter for an American newspaper. Stiles appears in exactly two scenes as an almost throwaway character. Maybe the producers, ballyhooed on the poster as the same producers of Tinker Tailor Soldier Spy, thought that Stiles would bring in some viewers because the trailer actually shows both of her scenes and a considerable percentage of her screen time given her total number of minutes in the movie. I hate this kind of bait and switch. The inclusion of Stiles in the trailer hints that Closed Circuit might be like the Bourne series in which she appeared. Sadly, it’s nowhere near that level of quality. 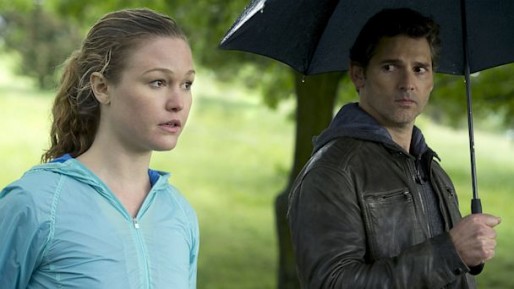 I had hoped for a deeper story with twists and turns when I went into Closed Circuit. The title references the ever-present cameras that record our every move and watch us throughout the day. This paradigm didn’t figure into the plot because everyone knew that they were being watched anyway. The trailer is actually more exciting than the movie, and that’s a real problem. Joby Talbot tries hard to control the ebb and flow of the tension through his original music. This works to some extent; it would work even more if there were more surprising things happening on screen than a bunch of thugs with an obvious employer tracking down our heroes. Closed Circuit is a late-summer thriller on life support dumped into theaters. You might be better off watching one of the titular stationary cameras than the output of the filmmakers’ cameras.