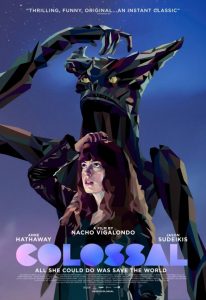 An erratic malcontent discovers that her behavior triggers surprising, unintended consequences in Colossal.

This is what happens when someone turns their random weed-induced ramblings into a 109-minute marathon. I’m sure that it all made hilarious sense blurted out while under the influence. Writer/director Nacho Vigalondo must have had his buddies in stitches when he explained his dream of Anne Hathaway playing a victim of emotional abuse and how her inner battle manifests itself as a Godzilla-like creature threatening the population of Seoul. The shocking part is that this metaphorical misadventure apparently managed to resonate long enough to become a film.  That must have been one hell of a pitch party.

Okay, we get it. The men in Gloria’s (Hathaway’s malcontent character) life are just horrible people. Their continual damage wreaks havoc on poor Gloria’s soul. None of that, however, explains why Gloria’s alter ego only materializes under extremely specific circumstances. It also doesn’t explain the Jekyll and Hyde-like shifts in everyone whom she encounters. The concept is so far off the rails that, when it does turn serious, we can’t possibly process it with any sense of sincerity.

Watching the film reminded me of the story of the French artist whose works impressed all but a single critic who exclaimed, “Only an ape could have done this.” The French painter was later revealed to be a West African chimpanzee. Perhaps artistry is in the eye of the beholder, but in this case, it might help to be stoned. 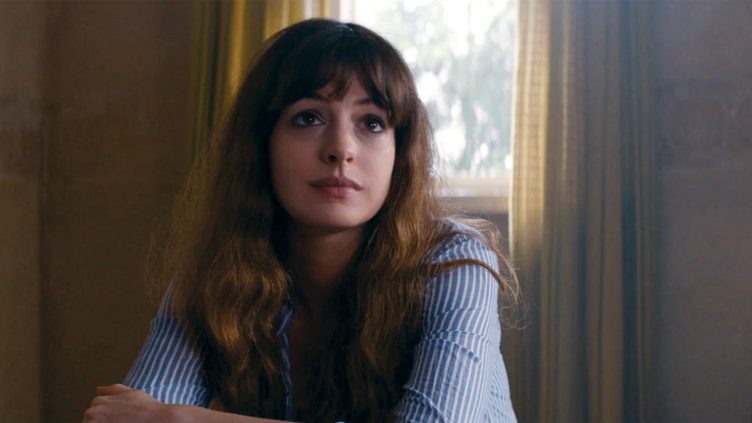