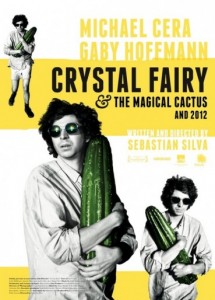 A group of friends and a local hippie they pick up along the way search for the ultimate high and some meaning in their lives in Crystal Fairy.

There are great films. There are lousy films, and then there are films that remind me why I felt I had something to contribute to the glut of movie reviews. Crystal Fairy is the poster child for exactly that case.

The film follows Jamie (Michael Cera), an American, and his three native Chilean male friends on a journey to find and experience the hallucinogenic effects of the San Pedro cactus (I swear I didn’t even know that was “a thing”). They also bring Crystal Fairy (Gaby Hoffman), a strange, airy American they met briefly at a party the night before their big trip.

So what about it reminds me of why I write reviews? This is a film that I’m pretty sure will achieve two things. First, it will likely get mainly high marks from most reviewers. Second, it’ll find virtually no audience to agree with those reviews because the only people who can possibly enjoy this unmitigated catastrophe are film critics espousing elements no mere mortals give a damn about.

This is the kind of art that most of us uncultured folk look at and ask, “Why are a bent hanger and a random spring interesting?” Meanwhile, some “expert” in the back is going on about how it’s a fascinating exploration of the human condition. No, it’s just junk, and so is this film. 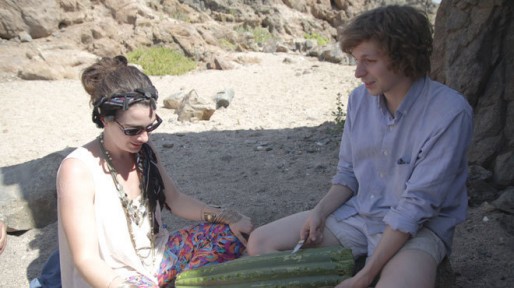 You know you’re in trouble when, right at the beginning of the film, we get a shot of — no joke — a toilet bowl with a turd in it that just won’t go down. Well, that’s not so bad except then we get another shot of it that lingers… you know, for effect. Perhaps it represents something to do with the duality of man.

We’re also treated to a long shot of Jamie, in his briefs, doing stretches in front of a sliding glass door. Why? Well, it has to do… Oh, screw it. I give up. This joins other equally essential contemplative shots like, for instance, Jamie drinking coffee. It’s riveting stuff to be sure, but it pales in comparison to the emotionally charged scene where Jamie gets a phone call. We know it’s monumental — not from his reaction but from the suddenly jolting, totally out-of-place music that closely follows it, marking the end of the scene.

You’ll also marvel at the complexity of a story that has the entire male crew going out of their way to include the trippy hippie in on the fun even though none of them initially know her or even like her. However, having her along allows for some amazing dialogue like this golden moment at their hotel:

Crystal: “I’ve been here before.”