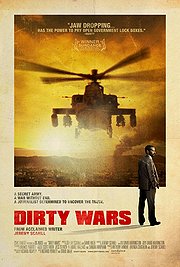 A popular classic rock song’s lyrics rhetorically ask, “War. What is it good for?” It answers that by stating, “Absolutely nothing.” Well, one thing it seems to help is the documentary film industry. That’s certainly the case with Dirty Wars — a film from The Nation reporter Jeremy Scahill. Scahill is no stranger to war or the military industrial complex. His first book, Blackwater: The Rise of the World’s Most Powerful Mercenary Army, was a national bestseller and was instrumental in exposing this previously unheard of military contractor, ultimately forcing them to restructure and rebrand themselves.

Scahill takes us into the bowels of war, exposing details few know and that fewer still likely want to know. He uncovers a series of highly questionable tactics that don’t seem to add up. Before too long, Scahill discovers a much more concerning entity with seemingly limitless power and reach. That group, known as JSOC (Joint Special Operations Command), answers directly to the White House and, over the decades since its creation, has been given almost complete autonomy to carry out missions anywhere. It doesn’t matter if we’re at war with the region or not. 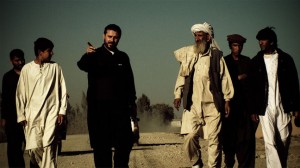 As the story unfolds, we realize just how little we actually grasp of what’s truly going on today in our battle against terror. This is an absolutely chilling film that leaves you feeling entirely powerless to do anything about it. We are mindless sheep going about our business while the definition of our country is rewritten from the inside by those who seem to have little regard for the bigger impact. This is the clearest example of absolute power corrupting absolutely. It’s all done in the name of protecting our nation, but at what ultimate cost? Our values seem like annoying obstacles to such organizations, and so they’re ignored.

While the film does make a compelling case, it’s unfortunately one sided. Scahill makes no effort in the film to address those who would question his findings. Much of what we see is powerful and emotional but also ultimately anecdotal. Detractors will see Scahill’s witnesses as liars or worse. Director Richard Rowley‘s choice of shots also does Scahill no favors. It gives the impression of a film that’s more about the author than it should be, adding fuel to the opposing perspective.

In the final analysis, Dirty Wars is a haunting film that’s dark, foreboding and, ultimately, frustrating. The elements that make it so unforgettable are things we really always knew or at least suspected. Bringing them into light seems the only solution, but it also exposes our own silent, ignorant compliance in the process.