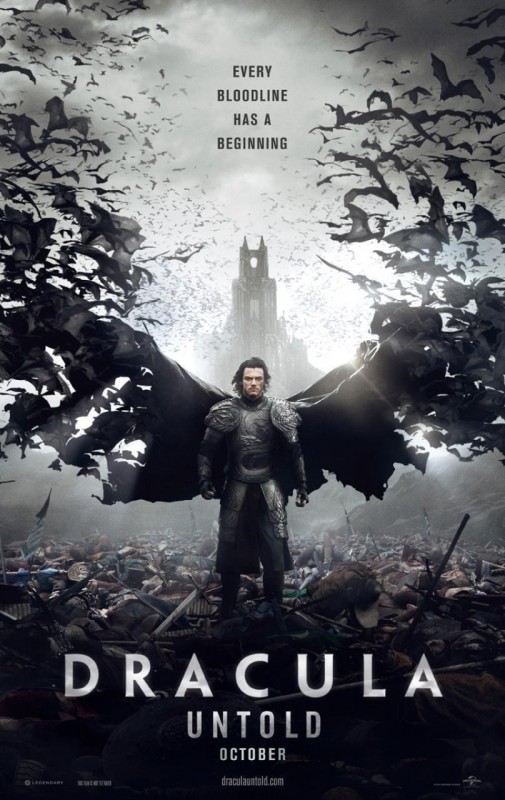 Despite the best attempts to kill off these resilient creatures, vampires continue to be popular on television as well as the big screen. Shows like True Blood and films like the Twilight series perpetuate the fascination with vampires as well as their glamorization. Universal Pictures adds another monster to their canon with Dracula Untold. Although the classic story of Dracula has been told many times, it has been a while since the legendary character was exposed on the silver screen. I was impressed with the approach to Dracula’s origin story as well as the production design and special effects. Dracula Untold may not be the best name for a movie, but the moviegoing experience itself surpasses the blandness of the title.

Director Gary Shore makes a strong debut with a smart script by Matt Sazama and Burk Sharpless. There’s so much recycled material in Hollywood that it’s pretty lucky that this story was able to stand out from the crowd. It concentrates more on the man who would become Dracula than the creature itself. In the 15th Century, Transylvania is a tribute territory to the Turkish Empire. Children are taken from Transylvania to become slaves to the Turks. One of those boys, Vlad (Luke Evans of Fast & Furious 6 and The Hobbit: The Desolation of Smaug) later becomes the prince of Transylvania and oversees 10 years of peace. Turkish leader Mehmed (Dominic Cooper) demands 1000 boys to augment his army, including Vlad’s son Ingeras (Art Parkinson). Vlad refuses to send his son away, and to aid his resistance, he beseeches the Master Vampire (Charles Dance) to bestow upon him some of his powers. Vlad’s request is granted, but he has to avoid feeding on human blood for three days or he will become a vampire forever. I guess this is the equivalent of a weekend rental.

In a movie like this, you don’t expect the highest level of acting. Still, productions like the Underworld series prove that a cast that includes some recognizable, talented actors elevates material that could be considered hokey. I’m impressed with the cast. Evans brings gravitas and athleticism to the role of Vlad/Dracula. Evans wears the pain and suffering of the character on his face throughout, so there’s none of that “I vant to suck your blood” nonsense going on. Sarah Gadon (A Dangerous Method) is beautiful and commanding in her supporting role as Vlad’s wife Mirena. I expected more from Cooper, but then again, it will always be hard for him to top his Oscar-worthy performance(s) in The Devil’s Double. There are two strong supporting actors in Diarmaid Murtagh as Vlad’s second in command Dimitru and Paul Kaye as monk Brother Lucian, who takes in Vlad’s subjects at his monastery. Dance has such a long line of credits and an instantly recognizable face, even under the heavy makeup, that he dominates the screen with every appearance.

This may be Shore’s first directing gig, but you’d never know it from the high production values, elaborate sets and special effects. Shore bit off a lot with this job, and it all flows together smoothly. Although the movie was filmed in Northern Ireland, you’d swear that the setting is the middle of the Carpathian Mountains, especially as Vlad ascends Broken Tooth Mountain to reach the lair of the Master Vampire. Brother Lucian’s monastery and Castle Dracula also make impressive backdrops for the action. There are plenty of battles and fight sequences here, many of which involve Vlad’s neat power to turn into or control bats. The interaction of the bats with real people and sets has a cloud effect, so it doesn’t come off as real as much as a device for Vlad to win the battles. Vlad can also see in the dark with a brand of heat vision that he obtains from Dance’s vampire. The graphics for these images are blurry and poorly defined. This was probably on purpose, so I’ll just toss it up as one of the few missteps by Shore. With a series of sets that have lush designs and costumes and armor that fit the period and story, Shore more than makes up for a few fuzzy images from a vampire’s point of view. 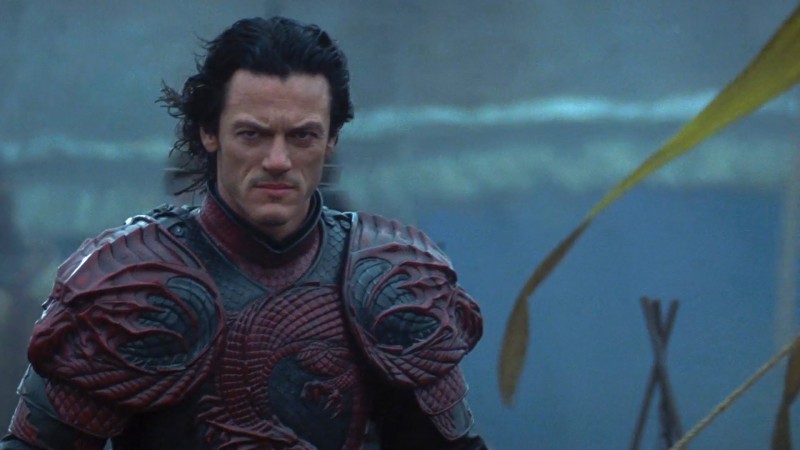 Although there’s plenty of violence here, this is still a PG-13 movie in the end. It’s one of those films that flirts with the border between PG-13 and R. This means that you can see Vlad in his glory as Dracula and not have to close your eyes too much. This is a vampire movie to reintroduce Dracula to Universal audiences, so the character doesn’t stray too far from the legend. Vlad has issues with sunlight and silver. Fortunately, a fear of garlic and some of the sillier conventions of the genre don’t appear. This is primarily an origin story for Dracula, and it’s up in the air whether you’ll see Evans again in this role. The castle door is certainly wide open to more movies. I like the introduction of the man behind the monster; that approach certainly creates sympathy for Vlad and takes a new look at one of the most familiar characters in movie history. I still don’t like Dracula Untold as a title; this is more like Dracula retold — just from a different angle.

The confusion about the name seems to have carried over to the logo, something that should always be consistent. The logo on the posters and promotional material is a boring silver-gray design, whereas the logo that shows up on screen in the first few minutes is a dynamic one made from flames. That one should have won the marketing arguments. The story tries to interpret “Dracula” as both son of the devil and son of the dragon. Is language really that flexible? I don’t buy it. Make sure that you look for the amazing design for Vlad’s red armor with dragon heads on the shoulders. If I ever went into battle, I would want armor just like it. Despite not expecting much going into Dracula Untold, it won me over in the end. It’s a solid film that both reinterprets and reintroduces the OG of vampires and makes me want to take another bite.