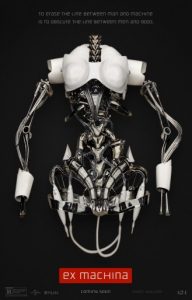 A talented artificial intelligence expert is called on to evaluate his boss’s latest evolutionary achievement in the riveting sci-fi drama Ex Machina.

The promise of advanced artificial intelligence serves as the centerpiece of countless Hollywood films. 1927’s Metropolis captivated audiences with its cautionary tale of a dystopian future ruled by smart machines. Our own tech companies create equal parts fascination and fear as they blur the line between today’s reality and tomorrow’s fantasy. What sort of boundaries will they adhere to, if any?

Nathan (Oscar Isaac) is the latest brilliant tech CEO to be drawn to the challenge. Combining his ample talents, unbridled vision and limitless resources, he has created a truly incredible breakthrough — a robot built to pass the ultimate test, convincing the rest of the world that it’s one of them. To prove his point, Nathan has invited one of his brightest employees, an A.I. expert named Caleb (Domhnall Gleeson), into the inner sanctum of his private lab. Once there, the young coder will test the limits of Ava (Alicia Vikander) through a series of highly calculated interview sessions. 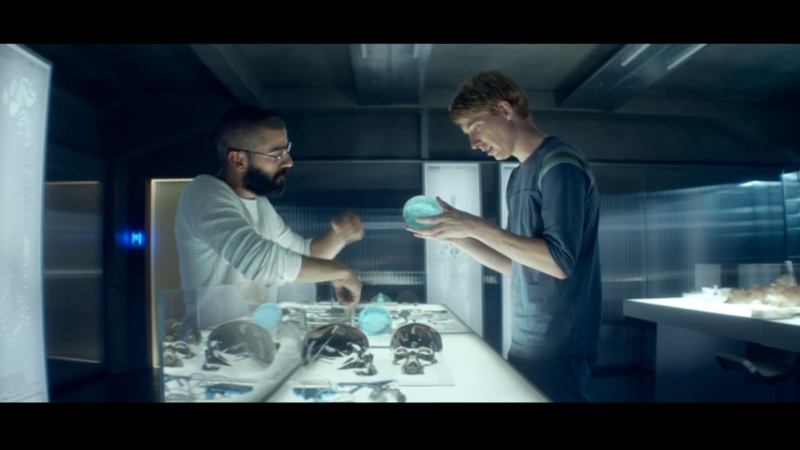 What do you get when you combine equal parts Jurassic Park, 2001: A Space Odyssey, Blade Runner and I, Robot? The perfect recipe for a fascinating, endlessly engaging film experience. This is the first great movie of 2015. The tension starts from its very first moments. Writer/director Alex Garland deserves much praise for bringing all of the essential pieces together. It’s a slow burn experience unlike anything that he’s ever done before. Isaac has never been better. He and Gleeson light up the screen with searing performances flawlessly matched by Vikander’s innocent, doe-eyed sensuality. We can identify with every character equally.

Perhaps the most incredible surprise of the film is how it goes about working its hypnotic magic. Almost nothing about the plot is hidden. We know exactly where it’s headed yet still find ourselves glued to the screen in rapt anticipation. It’s very much the same feeling that you get riding a roller coaster as it slowly works its way up that stress-inducing first climb. We know that the drop is coming, but we still aren’t quite prepared for the rush when it finally comes.

The visual effects are absolutely jaw-dropping. The sound plays on our subconscious. The film’s muted coloring and eerie spartan look only add to its ever-tightening grip. We never stand a chance. It all works to keep the audience perpetually off-balance throughout. Topping it all off is its timeliness. We know that some form of this tale is lurking just over the next hill. Breathe.