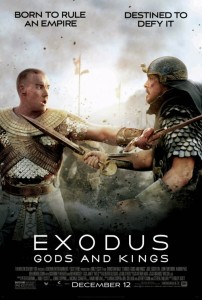 The adopted son of an Egyptian Pharaoh becomes an unlikely messenger for his people in Exodus: Gods and Kings.

In his final years as Pharaoh, Seti (John Turturro) believes that his biological son Ramses (Joel Edgerton) doesn’t possess the right temperament to lead his people. It’s in his adopted son Moses (Christian Bale) that he sees the skills of a true leader. This is a feeling that Ramses himself is all too aware of. With Seti’s death, Ramses ascends to the throne and names Moses as his chief adviser. All seems well until Ramses learns a startling secret about his stepbrother that neither of them previously knew. Moses is the son of Hebrew slaves and, thus, unfit to carry on as an Egyptian leader. Ramses banishes him to the desert where he’s left for dead. Forgotten, Moses builds a modest life for himself far from the glamour and privilege that he once knew. Just as he’s settling into obscurity, God appears and compels Moses to act as his emissary. He’s to deliver God’s message to the new Pharaoh to release the Hebrew people from bondage.

Shocked to learn that Moses is still alive, Ramses hopes to use him to quell a rebellion among the slaves. Instead, Moses demands their release and warns of devastation should Ramses decline. Egypt’s leader sees no threat and sends Moses away. When God delivers on the promise, Ramses is slowly forced to meet his former brother’s demands and sets the slaves free. Now alone in his kingdom, Ramses changes his mind and rushes off to defeat Moses and recapture his former slaves. 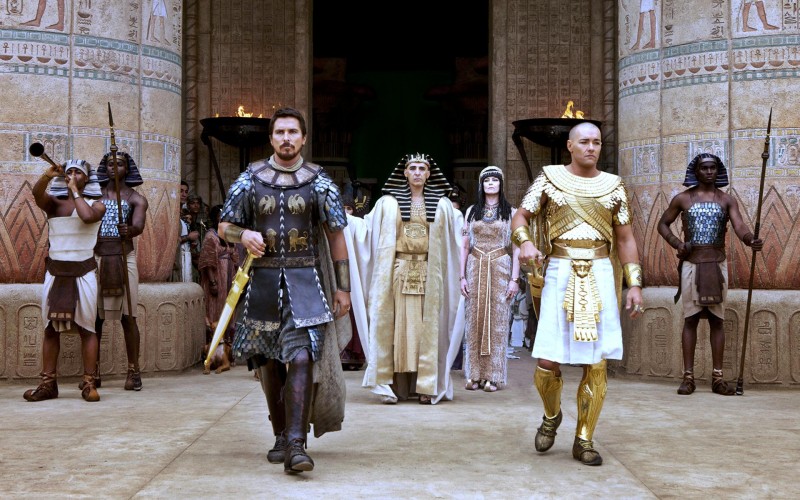 Famed director Ridley Scott takes aim at giving us an updated version of one of the Bible’s greatest stories. He follows in the footsteps of Cecil B. DeMille and his 1956 classic The Ten Commandments.

The tone for the entire film is set from the first scene, and it’s not a good one. Turturro is best known for playing quirky characters. He often does so with a comedic flare. His Seti continually hints at a joke that never materializes. The rest of the casting fares no better. Bale often reminds us of Batman with a slightly different cape, and Edgerton is anchored to a Ramses that can’t seem to make up his mind about anything. It’s so pronounced that we end up feeling sorry for the antagonist. Sigourney Weaver and Ben Kingsley both play roles that seemed designed only to impress would-be investors.

The early dialogue doesn’t help matters. While awaiting the wisdom of his oracle, Seti asks, “What do the signs say?” With a straight face, the oracle replies, “The signs don’t say anything. They imply.” Really?! Additionally, the sets are stunningly beautiful but surrounded by amateurish CGI effects that find their way into every scene possible.

This is an epic tale repackaged as a typical mindless action film. Nothing is as you expect it — not even God. The humble Moses who marries the plain daughter of a sheepherder is transformed into a superhero warrior. His meager walking stick is replaced with an oversize, jewel-encrusted Egyptian sword.The man who chose the plainest daughter of a friend instead chooses the hottest of the bunch, and we nearly get a totally unwarranted love scene. Just what the world wants — Moses in some steamy one-on-one action.

The plagues exist only as another chance to deliver more effects and are themselves rewritten in some misguided attempt to give them scientific plausibility. Story arcs flash by in seconds so as to not interfere with the next big action sequence. The film’s final act boasts a series of incomprehensible shots that defy explanation. I wanted to scream out to Scott: Let my people go… from the theater.