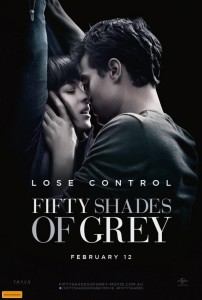 A wide-eyed introvert is captivated by a powerful, enigmatic millionaire with a hypnotic personality in Fifty Shades of Grey.

Ana Steele (Dakota Johnson) is the living embodiment of “vanilla.” She’s the type who has never once had to worry about being the subject of gossip, unlike her more outgoing journalist roommate Kate (Eloise Mumford). Ana has spent her time on more tangible things than worrying about the latest fashions or even a relationship. At least that’s what she’s been telling herself roughly since puberty… Hers is a listless, unremarkable existence.

When Kate falls ill just before her big interview with a local successful entrepreneur, Ana reluctantly agrees to go in her place. The subject is 27 -year-old multinational millionaire Christian Grey (Jamie Dornan). From the moment she enters his office building, Ana realizes that she’s entirely out of her element. She reacts to meeting the charismatic executive like a deer greeting oncoming headlights. She’s quickly tongue-tied, embarrassed and exposed. A master at reading people, Grey sees something deeper in Ana and skillfully redirects the conversation in her direction. She’s immediately captivated by the ease with which he controls every aspect of their encounter. His interest is piqued by the inner fire he sees just below her guarded surface.

When one encounter quickly follows another, Ana realizes that Christian is anything but a typical suitor. He carefully explains that he’s into bondage in the role of the dominant lover and wants her to be his submissive subject. Ana finds herself both stunned and fascinated. It’s a world that she knows nothing about, but is it a lifestyle that she’s willing to give into? 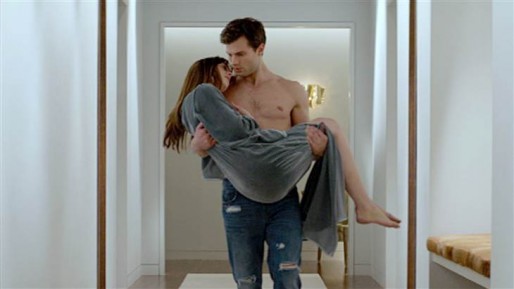 Johnson is its unmistakable star. Her timely facial expressions and telling body language fit in flawlessly with the material. Dornan’s role is much easier, and by the end, his chiseled looks and approachable demeanor should win over most of the female audience.

The biggest problem with the film, especially for those of us who didn’t read the book, is its highly unexpected premature ending. This is essentially a two-hour commercial for the next film. There’s also the harder question of the film’s core message. It treats a lifestyle that many average, everyday people share (although usually discreetly) as abhorrent, abnormal and something only broken people would ever consider. It’s a real shame that we haven’t yet evolved enough to openly accept that normal people can be quite kinky in the privacy of their own bedrooms.

The film does find some of our softer spots. Its early cat-and-mouse dialogue transforms into something more akin to a seasoned lion eyeing up an unsuspecting, but agile, gazelle. The much-talked-about sex scenes are surprisingly tame for the subject matter, but certainly nothing a parent would want to sit through with their kids.

For fans of the book, it should serve as a competent retelling and give true imagery to previously imagined characters. For the rest of us, it’s more like 90 minutes of compelling foreplay followed by a long, cold shower with no sign of a happy ending.