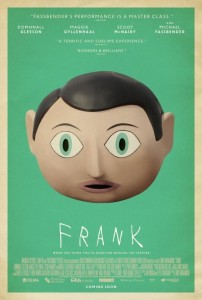 A young, would-be musician is asked to perform for an offbeat band whose eccentric singer stays hidden behind a fake head in Frank.

Jon (Domhnall Gleeson) is your typical twentysomething who spends his days in a thankless, dead-end office job waiting for his big moment to arrive. The dream is to one day become a successful songwriter, but like most such dreams, it exceeds the reach of his middling musical skills by no small margin. However, fate seems to pay no heed to such trite trivialities. When a local avant-garde band approaches him with an offer to fill in for one of its indisposed members, Jon jumps at the chance.

Nothing about the band is commonplace. Even their name is unpronounceable. Its eclectic members are led by a peculiar musician, Frank (Michael Fassbender), who insists on wearing a large, expressionless, papier-mâché head everywhere that he goes. Keeping an eye on everyone (especially Frank) is Clara (Maggie Gyllenhaal), a fellow bandmate with an intimidating personality whom no one dares cross.

Under normal circumstances, Jon might bolt for the nearest exit, but then again, normal is what led him to his current unhappy state. This is his chance for adventure, and what dream is complete without some truly surreal moments? 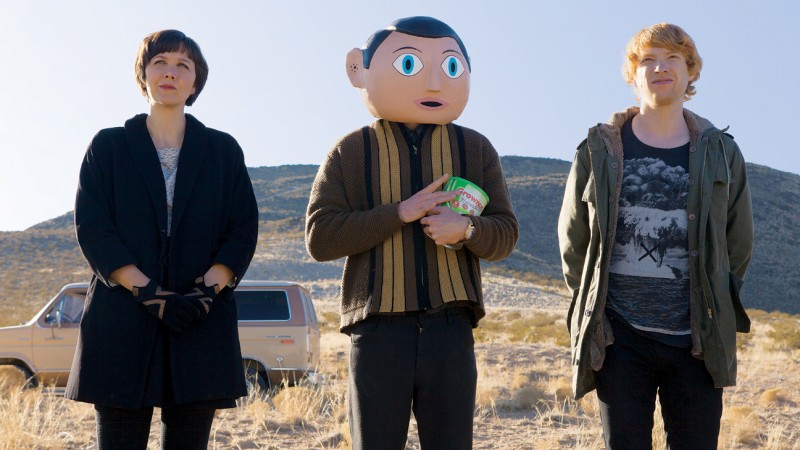 To say that this is a quirky little film would be like calling Toronto’s infamous mayor Rob Ford a quirky little mayor. This is full-on bizarre. It’s dark, demented and, at times, delightful. The plot makes it clear from the outset that everyone (especially Frank) has unresolved issues; the inmates have most definitely escaped the asylum. The trouble with such an outlandish story and approach is keeping it grounded enough to appeal to a mass audience.

The performances are certainly solid enough. Fassbender manages to overcome the barrier of a plaster mask to connect emotionally with the viewer. As our conduit to the story, Gleeson once again impresses with another fish-out-of-water portrayal. If there’s a misfire anywhere in the casting, it’s with Gyllenhaal, who’s simply too old for the role. It also distracts us with some ill-conceived ads for various social networks. We know that the characters are tweeting. We don’t have to see an obnoxious Twitter logo with every digital exchange.

In many ways, the story is a victim of its own premise. Is this a parody or a drama? We can’t laugh without it being awkward because we’re continually aware that something is very wrong with Frank. By the time the film gets around to it, we’re too disconnected to really care. In the end, this is another film that will fascinate critics for its uniqueness while boring the heck out of mainstream viewers.