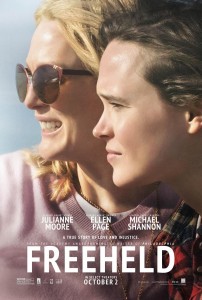 A loyal career cop takes on her biggest foe when she’s diagnosed with terminal cancer in the touching true-life film Freeheld.

Laurel Hester (Julianne Moore) served with distinction as a police officer in Ocean County, New Jersey, for over two decades. Her career came to a premature end when Laurel was diagnosed with a very aggressive lung cancer. Once the reality of her condition set in, Laurel wanted what every other officer on the force was entitled to — the ability to leave her pension to her spouse. Generally, this wouldn’t be a problem, but what none of her coworkers knew at the time was that Laurel was a lesbian. She had been quietly living with her domestic partner for several years. Such a revelation was unfathomable to most of her peers and the local board of freeholders that would ultimately rule on her request.

The board met to discuss her plight and, as anticipated, lauded her long service record while denying her wish. None of them wanted any part of legitimizing a practice that most of them viewed as abhorrent. They did all that they could to sweep the matter under the rug and attempt to move past it and onto less awkward affairs. They would quickly come to realize that Laurel was not so easily dismissed.

This gritty, no-frills retelling of Laurel’s most courageous battle struggles to find its own identity early on. For the bulk of its first 40 minutes, we’re treated to a tepidly-delivered backstory that’s notable only as a great time to hit the bathroom. From then on in, the film emerges from its constrained cocoon-like origins into a beautifully captivating new form. The shift in tone is impossible to miss. Playing a gay marriage activist, Steve Carell bursts onto the screen like a streaker at a Quaker festival, infusing the rest of the film with much-needed energy. He’s supported by a critical transition in Laurel’s professional partner, Dane Wells, played by the always-impeccable Michael Shannon.

Very little about the film is a surprise. We know from the outset that Laurel is up against forces cemented into place by centuries of ignorance, intolerance and bigotry. She is predictably startled by the lack of empathy from even her closest companions. It’s plainly evident that her service means nothing to politicians desperate to retain the support of their constituents. This is not a heavy-handed film trying to force a lifestyle choice on viewers. It’s a straight message about the obvious — that a loyal community servant should have the right to leave a pension that they earned to the person of their choosing. It’s a softer, but far more effective, experience. 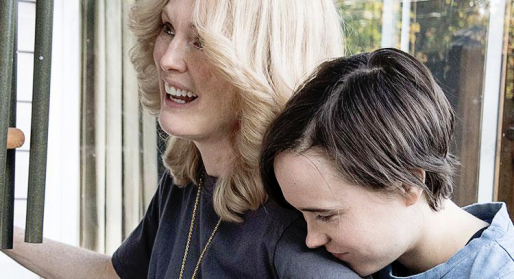