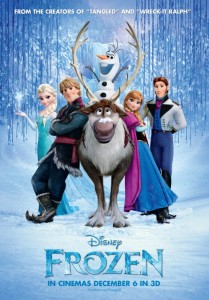 In the kingdom of Arendelle, there are two young girls — Princess Elsa (voiced by Idina Menzel) and her younger sister, Princess Anna (Kristen Bell). Elsa’s a precocious young girl with a very special secret — she can transform anything into ice and snow. As she grows, so too do her ability and power to control it. When an innocent encounter with her sister nearly ends in mortal disaster, her parents convince Elsa that the only safe option is to lock herself in her room and away from her sister.

When Elsa is finally called upon to lead, she’s still unable to control her powers, and during her coronation, she is driven away after turning her kingdom into a frozen wasteland. Her ever-hopeful sister Anna heads after her, determined to set everything right, including regaining her sister’s love.

This tale of two sisters takes place against a backdrop of absolutely stunning visuals. (2D is just as impressive because the 3D effects are rather minimal.) Leave it to Disney to take the limited palette of winter and dazzle the audience with visuals so crisp and convincing that you’ll swear the temperature in the theater dropped 10 degrees. 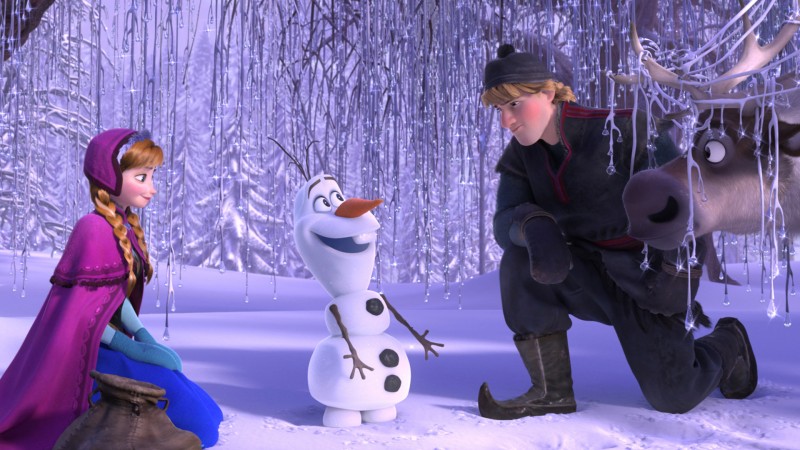 Unfortunately, it’s a story that just doesn’t break through into the echelon of memorable Disney films. It feels more like a mishmash of ideas all thrown together with little regard for continuity. Time and again, major plot elements resolve far too quickly and easily — sometimes for good reason, but mostly not. The characters are fine and quite charming, but they lack believability. Some — most notably Olaf the snowman (Josh Gad) — feel very much like an afterthought desperately added in hopes of connecting with young children.

The biggest disappointment for me was the selection of musical numbers. You’ve got the incomparable Idina Menzel here, yet most of the material feels redundant and flat. There’s a single incomparable number where she gets to shine, but aside from that, most of the rest of the music is as lifeless as the frozen ponds throughout the kingdom.

The effort reminded me very much of Disney’s recent reimagining of the Rapunzel tale in Tangled. It also had incredible visuals and an artistic style for the main characters that feels very similar. This is a more interesting story — but only mildly so. In contrast to Disney’s best, Frozen isn’t terrible, but it’s simply forgettable.