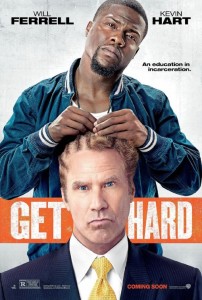 A socially ignorant millionaire, convicted of fraud, enlists the help of the only felon whom he knows in Get Hard.

Investment banker James King (Will Ferrell) is living the dream. He’s got the great paying job, the treasure-laden estate, the trophy girlfriend, the status-worthy car, staff and clothing. The only thing that seems to be lacking is a clue about, well, just about anything. His effortless success has instilled in him a callous arrogance of misguided self-worth. It never dawns on him that he really owes it all to his scheming girlfriend Alissa (Alison Brie). It’s her father’s company that signs all of his big paychecks. The dream that he’s been living is actually hers. James is nothing more than her obedient, unquestioning, uncomplicated puppet.

It’s all blissful nirvana for James until the Feds show up with inexplicable evidence against him of massive corporate fraud. His innocence and belief in the system are quickly rewarded with a lengthy sentence at San Quentin. His only hope of survival is to find someone to prepare him for the experience. The only convict whom he knows is Darnell (Kevin Hart), the guy who washes his car. The only problem is that Darnell isn’t a criminal. He’s only guilty of being black. None of it matters to Darnell as he needs a quick buck to help get his dream business off the ground. He sees no harm in raising it from a brain-dead racist. 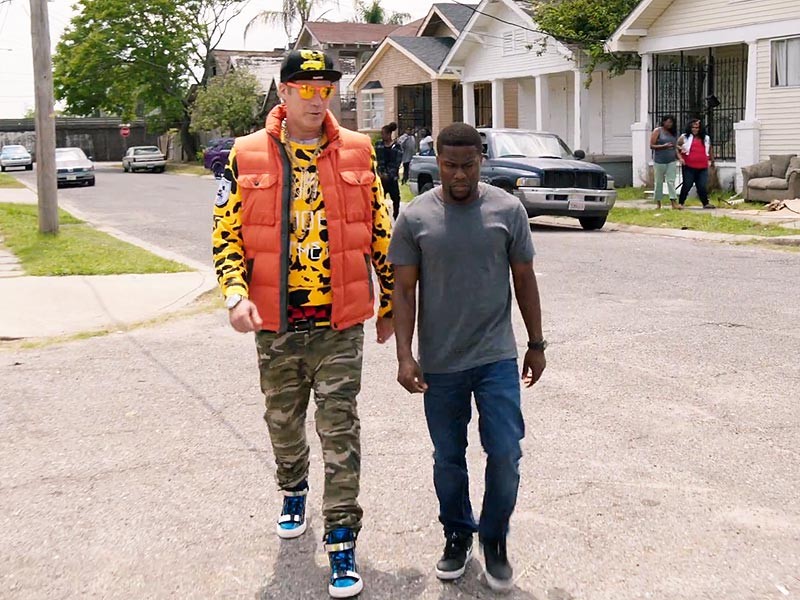 Let me say this clearly: I don’t find Will Ferrell funny. The only film of his that I truly enjoyed was the comparatively dramatic Stranger Than Fiction. I’ve found everything else that he’s done rather sophomoric and reliably unfunny. Okay, Elf was pretty funny, but what’s the old saying? Even a broken clock is right twice a day. He’s pretty much the same doofus in every film. That said, this time around, we get a film that has one thing going for it that the others don’t — Kevin Hart. Hart is funny — dependably so. In a film where he’s supposed to be the straight man, Hart somehow manages to turn it all upside down, leaving Ferrell in the comedic dustbin.

The plot is every bit as simple as James. We know the deal before every character in the film. Little of it makes any logical sense. There’s no explanation why Alissa even needs to keep this guy around. I had to struggle just to suggest a reason. Let’s not even ask why, given just a short period before he goes away, that James doesn’t even consider looking for the real culprit. It doesn’t matter one iota how obvious it is to everyone in the audience. That’s not this film. This is another story about an ignoramus doing ludicrous things for no good reason and somehow finding his way through it all. If that’s all there was to it, then not even Viagra could help. Thankfully, this otherwise flaccid exercise does prescribe to a strong dose of Kevin Hart. You won’t need to call a professional after two hours of nonstop laughter, but there will be some gut busters along the way.