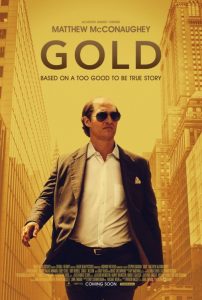 An impulsive, washed-up prospector risks everything for one last chance at success in Gold.

This is a film with about as much going for it as its hapless main character Kenny Wells (Matthew McConaughey). The two writers’ only credits include Lara Croft: Tomb Raider and a bunch of similarly forgettable TV gigs. Director Stephen Gaghan has fared only slightly better. 11 years ago, he directed Syriana (a film with a plot as elusive as Wells’s luck) and nothing of note before or since.

For all their mediocrity, the three filmmakers managed to create the best film of their respective careers, but we’re not talking about a very high bar here. The only gold in this lightly engaging film is a glowing performance from Bryce Dallas Howard as Wells’s long-suffering girlfriend Kay. She’s the main reason that we keep investing in the effort. McConaughey gives a solid performance that’s overshadowed by distracting caricature-heavy looks and mannerisms. The chess-like plot is just captivating enough to keep us engaged. It’s more rainy, lazy Saturday Netflix material than a must-see. “Silver” or even “Bronze” would have been a far more accurate title. 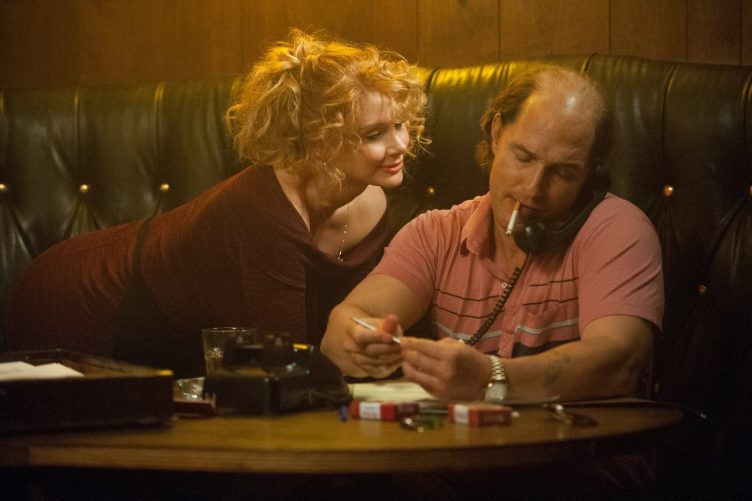