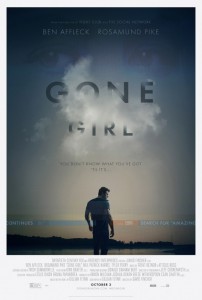 A mild-mannered husband copes with his wife’s disappearance and police who are increasingly skeptical of his innocence in Gone Girl.

They marry, move to Missouri and make a life for themselves in an upscale suburban home. It’s a perfectly idyllic life, or so it seems. When Nick loses his job, the disparities between the two warm up and quickly rise to a smoldering boil. On the afternoon of their fifth anniversary, Amy suddenly vanishes without a trace. Signs of struggle suggest foul play, but Nick seems the least likely person to ever harm Amy. With each passing day, his comments, actions and off-putting mannerisms hint at a deeper truth — one the police are determined to uncover. 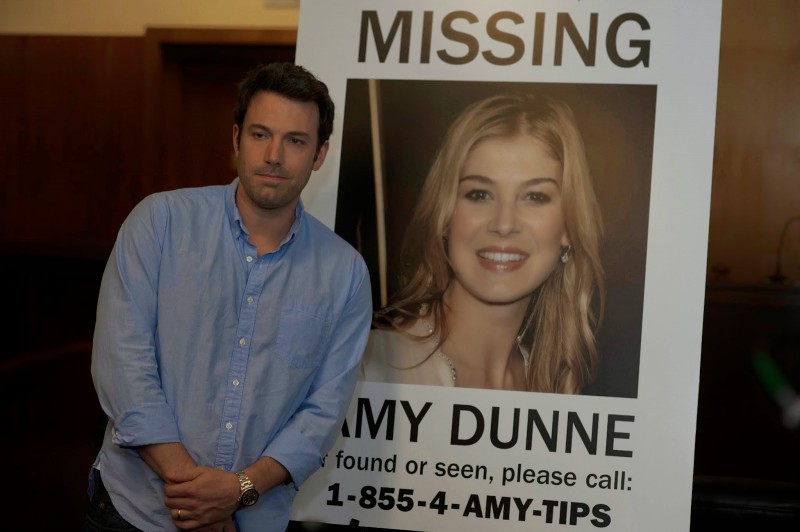 Director David Fincher (Fight Club, Se7en and The Social Network) delivers a roller coaster thriller with a story that rockets you back into your seat and never relents. Fincher squeezes out every possible ounce of value from every corner of the film. It keeps the audience off-balance with a hypnotically ominous tone and then careens through seemingly endless surprise drops and twisting turns just around every dark corner.

This film has Oscar winner written all over it for multiple reasons. Affleck has never been better. Pike’s performance is a tour-de-force effort that’s a nomination shoo-in. As a no-nonsense defense attorney, Tyler Perry proves that he’s much more than a one-trick pony. As Nick’s twin sister, relative newcomer Carrie Coon should also gain serious award consideration. We also get a surprising turn from Neil Patrick Harris in a critical role unlike anything he’s pulled off before.

It’s a rare gem of a film that can feel long while still keeping the audience wanting more. When this mind-blowing ride finally pulls back into the station, it leaves its patrons stumbling for the stability of the closest railing.