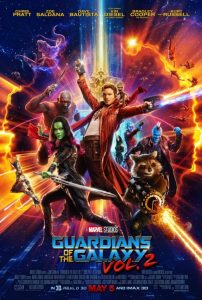 The space-faring team of heroes returns to battle a god in Guardians of the Galaxy Vol. 2.

Marvel‘s second entry in their eclectic young franchise returns with enough firepower and energy to power its own galaxy. This time around, the gang’s on the run from bounty hunters while also uncovering the deeper truth surrounding the father (Kurt Russell) of Peter Quill aka Star-Lord (Chris Pratt). You know that you’re in for a raucous ride right from the opening moments. If you didn’t get the popcorn out of the way well in advance, then make do without it. This is one appointment for which you can’t risk being late.

The momentum careens along at a breakneck pace for the film’s first 80 or so minutes. Up to that point, it’s like a Thanksgiving Day feast for the senses complete with all the fixins. It basks in the unbridled campiness of Flash Gordon, revels in the power of its pitch-perfect ’80s soundtrack and hypnotizes the audience with orgasmic visuals straight out of a psychedelic acid trip. There’s an early CGI effect involving Russell that was nothing less than jaw-dropping. I’ve never seen anything like it.

The problem with such a substantial meal is the inevitable crash that settles in before dessert finally hits the table. When the treats do finally arrive, we’re too bloated to care. It’s not that the film ends badly; it’s just that nothing could keep up that level of intensity for 2 hours and 20 minutes.

Even with the long lull, this is a must-see sequel for any fans of the original. I’m also pretty sure that it’ll please even first-timers. This is just pure adorable fun with a cast of characters whom I hope we get to experience for many years to come. 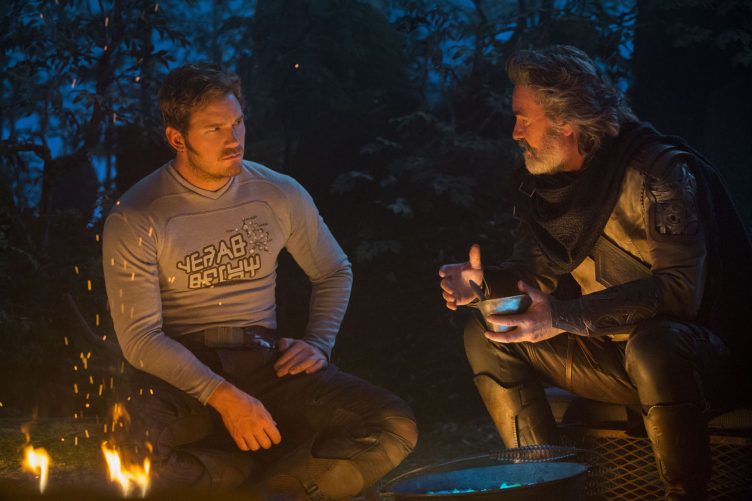