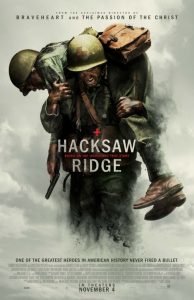 A pacifist joins the wartime fight against the Japanese and instead finds himself at war with his own country in Hacksaw Ridge.

Desmond Doss (Andrew Garfield) wants to do his part during World War II. There’s just one problem: Doss is a Seventh-Day Adventist, and his religion bars him from taking up arms or even working on Saturdays. Desperate to help, he tells the Army that he wants to be a medic. They allow him to sign up while believing that, in the end, Doss will realize the absurdity of his position and ultimately abandon it for the greater good. It’s a tug-of-war that neither side is willing to concede or could possibly have envisioned.

This (mainly) true-life story presents an unforgettable tale of courage and determination that reminds us all of the value of diversity in our midst. It favorably reminded me of three other wartime films for different reasons. It has the realism and rawness of Full Metal Jacket, the power and awe of Saving Private Ryan and the tenderness of Biloxi Blues.

During the combat sequences, the visuals are unforgettably graphic. The performances are nearly as remarkable. Garfield is the perfect choice to play the undersized, underestimated, underdog Doss. As Doss’s troubled father, Hugo Weaving makes a real case for an award season nomination. One curious inclusion is Vince Vaughn as Doss’s wisecracking sergeant. It’s a risky casting choice that I wouldn’t have made, yet it works flawlessly.

The film is a bit slow to get started and loses its way near the middle, but it quickly recovers. From then on, it never misses a beat. The only other criticism involves the film’s accuracy. Some facts were changed for no apparent beneficial reason (like how Doss first met his wife), and one or two changes are less impressive than the truth. Thankfully, none of that tarnishes the final product. It’s a journey that you’ll quickly want to learn more about at its conclusion. Do so. You won’t regret it.

It’s impossible to mention the film without also mentioning director Mel Gibson. His personal life choices cast a major shadow over any project that he takes on in much the same way as Roman Polanski before him. Quite understandably, the challenge for many will be to separate the man from his work. Remove his name, and what remains is a beautiful piece of filmmaking. It’s just a pity that it had to come from such a broken individual. 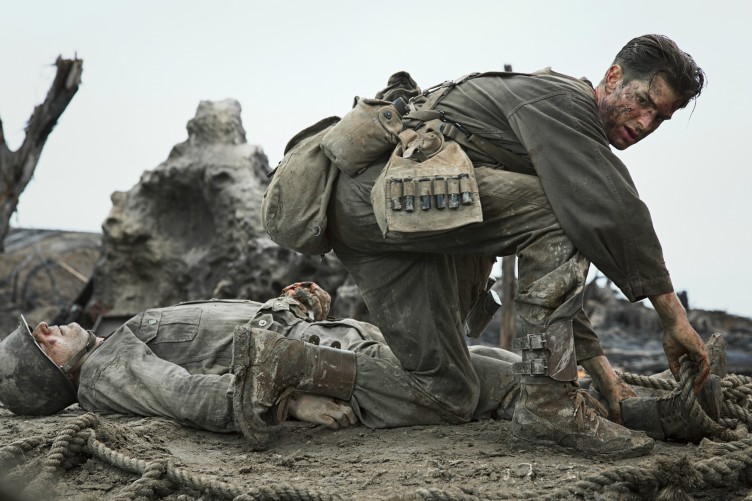