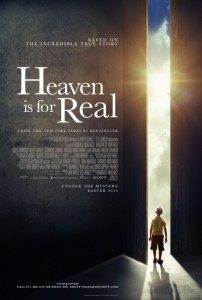 A rural town’s faith is put to the test when one of their own returns from the hospital with an extraordinary tale in Heaven Is for Real.

In 2003, four-year-old Colton Burpo (Connor Corum) is rushed into surgery for a burst appendix. His parents, local Christian minister Todd (Greg Kinnear) and Sonja (Kelly Reilly), agonize over the ordeal as Colton’s condition perilously worsens before finally rebounding into recovery.

Life begins to return to normal for the Burpos until Colton starts to recount otherworldly experiences while he was in surgery. He describes floating over his body, seeing his parents waiting for him in different rooms of the hospital — they were — and, most importantly, meeting Jesus and a number of angels who sang to him. His parents initially dismiss the tales as little more than surreal near-death visions. Only later when Colton begins to accurately describe meeting people from the Burpos’ past — people he never met and couldn’t have known about — do Todd and Sonja begin to share the stories with their close-knit Christian community. Instead of embracing this divine message, Todd’s closest friends and the leaders of his church ostracize him. Faith, it seems, has a way of vanishing when it’s needed most. 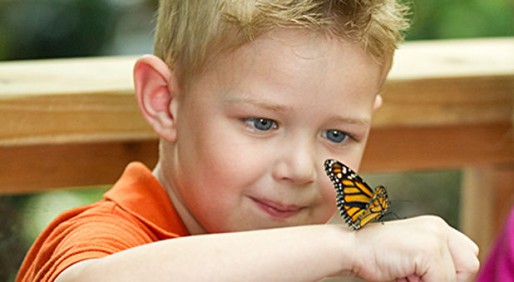 Braveheart writer Randall Wallace provides solid direction with a cast that’s equally up to the call of the material. Corum is absolutely adorable in the role of the four-year-old. The film is, in its earliest stages, most surprising in its ability to convey a tricky subject in a mesmerizing fashion. The lessons it lays out are easily recognizable and adaptable to any religion or belief. One of its few missteps as a film is its pacing; it has a tendency to slow to a distracting crawl here and there.

There’s simply no way to review this film without considering it from both the perspective of the believer and the non-believer. For believers, it is a touching validation of everything they have faith in. There’s little here to question.

Skeptics, on the other hand, are left with a number of problems. The Burpos and the community are very religious. This is a story that Christians are predisposed to accept more readily than non-believers. While the film initially does a wonderful job of balancing its message, it loses almost every non-believer in its final scenes over how it ultimately portrays Jesus.

What we’re left with is a film that does little more than effectively preach to the choir at the cost of forsaking everyone else.