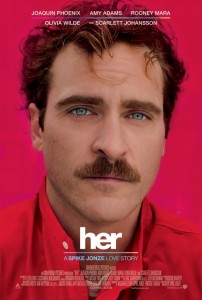 A lonely introvert finds comfort in the “arms” of his new, highly-advanced cell phone operating system in Her.

Theodore Twombly (Joaquin Phoenix) is demoralized by the breakup of his marriage to his first love, Catherine (Rooney Mara). It doesn’t help matters that his job as a creative letter writer requires him to be fully in touch with his emotional side. Just when things seem darkest, he’s intrigued by a new operating system for a phone that’s supposed to be unlike anything before. Almost immediately, Theodore is captivated. He chooses a female persona, and the phone comes to life with a pleasing, engaging, sexy voice that calls itself Samantha (voiced by Scarlett Johansson).

Samantha sets about improving everything in Theodore’s life, including helping him come to grips with his divorce and trying to get him dating again. The problem is that Theodore is actually in love with Samantha.

This quirky film from the mind of writer/director Spike Jonze is a bit… different. Jonze is no stranger to offbeat films, having directed Being John Malkovich, Adaptation and Where the Wild Things Are. The first two are favorites of mine. In Her, it’s never made clear if Theodore’s world is an alternate reality or, perhaps, Earth’s near future. The very strange demeanor of everyone suggests it’s more the former than the latter. 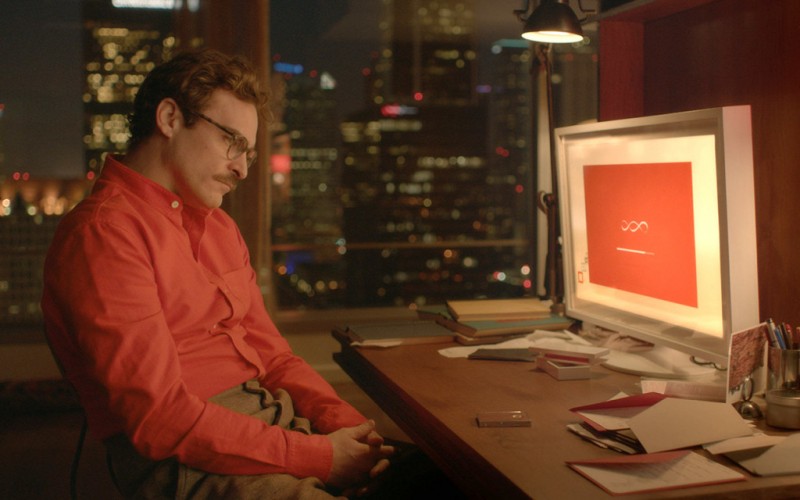 The story itself is a twist on the classic tale of two “people” from radically different worlds trying to make a go of it. The difference here feels as if it was reimagined and scripted from the mind of someone right in the middle of a deep trip. For starters, there’s the low-key, rather frustrating, monotonous pacing. It’s similar to when you find yourself behind a sluggish pedestrian and can’t seem to get around them… except that it goes on for two hours.

I kept expecting the OS to be this brilliant psychological process that was essentially training Theodore in how to heal and get back out there. Nope. Instead, it’s just a totally bizarre story that never gets out of the clouds and back down to reality.

Another surprise was Amy Adams, who plays Theodore’s very plain married neighbor. It’s a complete waste of good talent. The role is entirely underdeveloped and could have been played by anyone.

I very much wanted to like this movie. I’m a geek who loves all things about technology, but this just felt like an exercise in trying to make sense of a Salvadore Dalí painting. If it’s art, then I’m clearly not a fan.