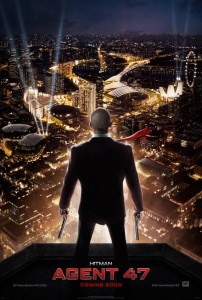 A reclusive corporate tycoon is on the hunt for a genetically engineered super soldier in the erratic video game adaptation Hitman: Agent 47.

The characters and concept behind this film come from a popular 15-year-old video game series. The success of such films often pales in comparison to the success of the games on which they’re based. The first such example of a film based on a video game (1982’s TRON) is also, perhaps, the most respected of the bunch. It’s all been pretty much downhill since (including Tron‘s own sequel, TRON: Legacy). How many of you remember the 2007 film based on Hitman? Yeah, me neither, and this one comes from the same writer.

The general story line involves the title character, known only as 47 (Rupert Friend). He’s a scientific creation, genetically altered to maximize his physical skills and eliminate mental weaknesses like empathy and remorse. The result is the perfect killing machine. The project’s main scientist, Dr. Litvenko (Ciarán Hinds), realized the bigger implications and abandoned the effort after its 47th patient. To prevent anyone else from continuing his work, he disappeared, taking his secrets with him.

Now years later, a tenacious tycoon named Le Clerq (Thomas Kretschmann) plans to rekindle the project by drawing Litvenko out of hiding and into exposing his secrets. The only factor for which he hasn’t fully planned is Agent 47. 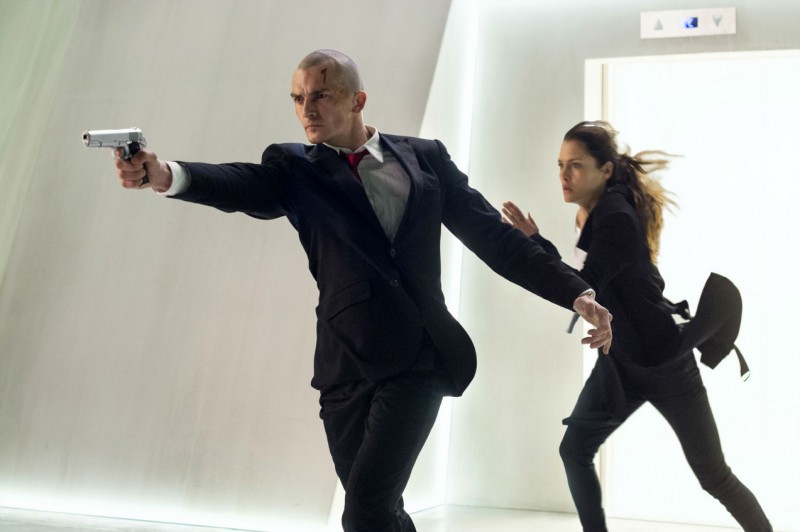 Do I even need to tell you that this is an action film or that the body count will rack up as quickly as rain in a torrential downpour? I didn’t think so, and there’s inherently nothing wrong with that. Would you be at all surprised to learn that the story is the writing equivalent of a paint-by-number kit? You’ll swear, time and again, that you’re watching some mash-up of The Matrix and The Terminator. This time around, instead of Sarah Connor or Trinity, the good guy hangs out with the mysterious Katia (Hannah Ware). Okay, so it’s not that original. Even with the lackluster, highly improbable story and equally implausible physics, the film somehow still has its moments. The actors certainly do all that they can with what they’re given.

The responsibility for this mess falls squarely on those behind the camera. They’re the ones that decided that it was a good idea to break up the interesting bits with an in-your-face Audi commercial or a travel brochure espousing the wonders of Singapore. Agent 47 should forget about Le Clerq and head posthaste after writer Skip Woods. He wrote both films, and by all accounts, a sequel is in the works. That’s far scarier than anything Le Clerq can dream up.