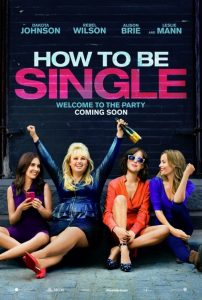 Four young women enjoy their unattached status while partying across New York City in How to Be Single.

Alice (Dakota Johnson) feels the need to spread her wings after graduating from college and breaking up with her long-term boyfriend Josh (Nicholas Braun). She heads off for a fresh start in New York City where she’s immediately befriended by her eccentric coworker Robin (Rebel Wilson). Her new companion is an unapologetic veteran of the city’s most salacious singles spots. Robin sees the men of New York City like fresh fruit ripe for the picking and knows how to avoid all of the pests. She’s determined to show her naive but nubile new protégé just how to savor the Big Apple.

Alice’s older sister Meg (Leslie Mann) is an independent-minded doctor determined to avoid being defined by her biological clock regardless of how loud it seems to be ticking of late. They all hang out at a local bar run by uber-male specimen Tom (Anders Holm) and frequented by data-driven-dater Lucy (Alison Brie).

The group travel the city in search of love on their own terms but find the landscape far more difficult to navigate than all but Robin would have expected.

A film entirely beyond the comprehension of any human being lacking two X chromosomes.

This is the epitome of a chick flick with an undeniable Sex and the City vibe throughout. That’s not a huge surprise because the book it’s based on was written by a native New Yorker with an episode writing credit on that show.  The look is glitzy with lots of emphasis on wardrobe, fashion accessories and endless nightlife. The plot is heavy with feminine angst brought on mainly by inconceivable choices.

As a guy who happens to like Sex and the City, I’d like to tell you that this all made sense to me, but it didn’t. The story is broken into a handful of very loosely connected subplots of extremely dubious distinction. Most of them are continually interrupted by random ramblings from Wilson’s character. I’ve yet to see the allure of her brand of humor, and this film is no exception. Mann’s character spends most of her time rebuffing the advances of her sexy suitor Ken (Jake Lacy). Ken is deeply in love with Meg because… I have no flipping clue. Meg treats him like dirt at every turn, yet there he is scene after scene eager to eat more dirt.

Lucy’s story is even more disconnected from the bunch. The closest she really ever gets to the others is in the movie poster. She’s determined to meet Mr. Right using logic and reason, but she seems to ignore both with every action that she takes.

The star of the show is poor, poor Alice. She dumped her boyfriend only to later regret it. In the meantime, she has incredible sex with Tom before meeting sexy single dad David (Damon Wayans Jr.). His story feels like it came from an entirely different script that was hastily pasted into this one during a late-night misadventure. It exists, it seems, solely for one big sigh-filled moment at the end.

The film does slowly coalesce into something for which we can stay awake, but not much more. The title is even wrong. The only character interested in being single is Robin. Everyone else spends this so-called comedy down in the dumps while desperately searching for The One. Then again, if you’re a woman, you’ll probably love it. 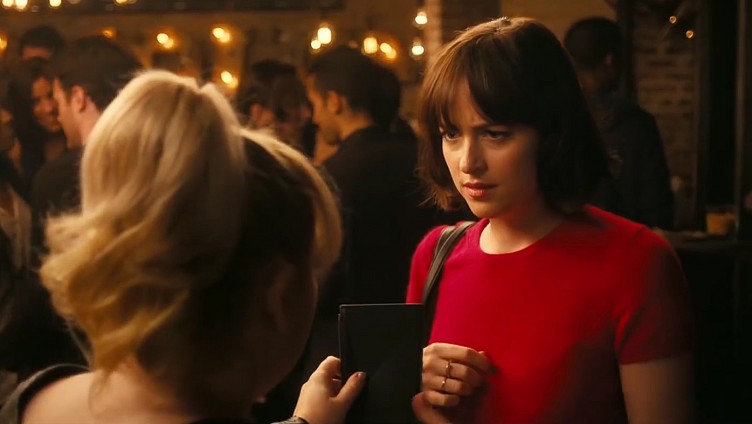