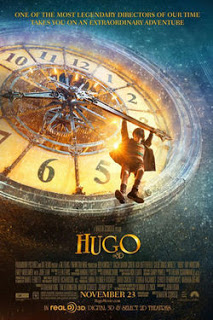 I’ve had a bit of a love-hate relationship with director Martin Scorsese‘s films over the years. I tend to find lots of things I simply don’t like about many of the films he’s known for. Sometimes you just don’t connect with someone else’s vision. As a result I really have to be wowed by a Scorsese preview to bother. Hugo did just that.

The film was perfectly suited for 3D with incredibly perfect imagery at every turn. Clearly the developers were thinking 3D from the outset. It’s one of the rare cases where I can’t imagine seeing it any other way.

The acting was also top-notch with a really noteworthy performance from the usually-quirky Sasha Baron Cohen. Here he manages to play “the bad guy” while winning us over feeling sorry for his lot in life. I’m also a big fan of Ben Kingsley who is, as always, spot-on as the main target of the story.

The effects are also quite wondrous beyond the 3D shots including some pretty stunning sound effects. I was actually afraid that this would be a bunch of overdone fantastical elements tossed together and called a story but it’s not. It’s so much more. It’s actually, and quite unexpectedly, a beautiful homage to film making. There’s nothing about the any of the looks, sounds or atmosphere it creates to be critical of.

By the end everyone was touched even though the journey didn’t feel quite as timely as it should have. Things in the beginning really take a while to get going. You’re not at all sure what’s going on really but need to be patient. It even slows down a bit more in the middle (again just be patient) before stealing your heart and inner child away with a brilliant closing act. It had me clapping and tearing up.