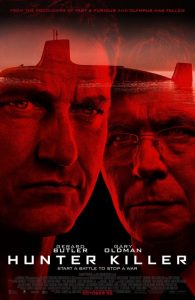 An untested submarine captain must rally his skeptical crew to save the country from war in Hunter Killer.

In the depths of the Arctic, a tense game of cat and mouse unfolds between two nuclear submarines from opposing forces. In an instant of confused pandemonium, both subs end up as unwitting casualties, lying broken on the desolate floor of the Barents Sea. In a desperate race against time, The United States orders the USS Arkansas, under the command of freshly-promoted Commander Joe Glass (Gerard Butler), to investigate the emerging disaster. Glass’s atypical approach to leadership may worry the military brass, but it also may be the only thing that saves the nation from a cataclysmic war with Russia.

The tone of Hunter Killer is knocked off course right from its opening scene. A burly bow hunter and Navy Seal commander (Toby Stephens) has a large prize buck in his sights when he suddenly notices its innocent family trailing paces behind. His empathy for the target causes him to walk away. Ugh. It’s the first in an endless parade of clichés and logic issues that torpedo an otherwise potentially interesting plot. We also can’t escape a nagging, awkward relationship with today’s political headlines as well as a number of unflattering similarities to the much-better Harrison Ford film Air Force One. The source material comes from the 2012 novel Firing Point, written in the climate of inevitability of a Hillary Clinton presidency and the pervasive mind-set of Russia as our perpetual enemy. President Donald Trump‘s quirky relationship with Russian President Vladimir Putin becomes an unavoidable off-screen influence as the film’s Russian president (Alexander Diachenko) becomes a key part of the narrative.

However, these are far from the film’s only missteps. The casting is suspect with Gary Oldman wasted in a one-note role as a ranting senior admiral and Common as a similarly transparent subordinate. Playing a key Russian submarine captain, Michael Nyqvist looks inappropriately gaunt and ill. That was very likely the case as this was his last role before dying soon after the film wrapped. Nearly every character feels superficially monotonous and perennially predictable. The bad guys are cheap variations on a Boris Badenov theme — maniacal, remorseless and cartoonish. Nothing is left to the imagination.

Any tension that the film should be building is ruined by the stupidity of its characters’ actions and the implausible nature of nearly every on-screen challenge. One key example involves the dire search for a U.S. Seal team by Russian forces. The Russians are certain that the team is hiding atop one of two neighboring observation towers. It’s clear to every viewer that an inevitable firefight is is the only way out. Instead, the Russian commander approaches one of the towers, shoots randomly up from below and then heads off dejectedly with his troops without ascending either tower or casting more than a glance at the second.

The scenes in the submarine are just downright ridiculous. It careens about the ocean’s depths as if on a voyage of the damned. Every maneuver is cleared by only the thinnest of possible margins. The crew and their cursed ship endure miles of underground terrain through exploding fires, deadly pervasive gas, crushing pressure that only seems to materialize at the worst moments and — I can only assume — a raging shipwide case of the clap. Sisyphus was sentenced to a less interminable fate.

This ship was destined to be lost at sea long before it ever set sail and to be mercifully forgotten by an audience with no interest in or reason for mounting a search. 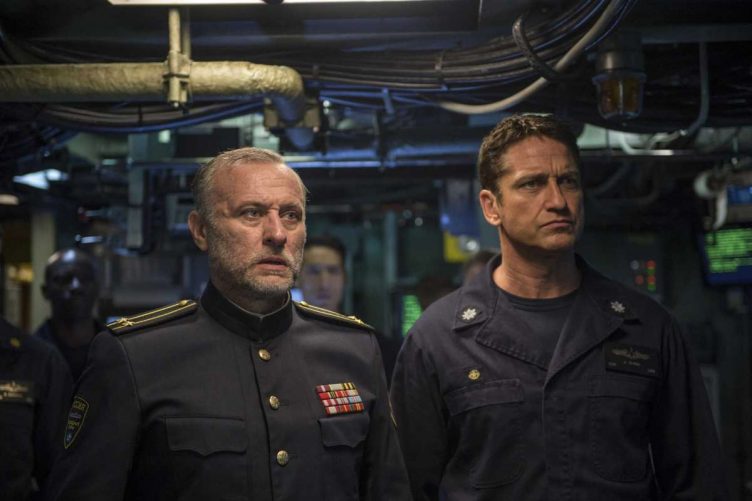