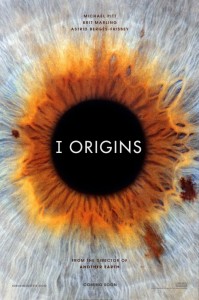 A molecular biologist searches for the answer to a genetic mystery that challenges everything we know about life in I Origins.

Geeky graduate student Ian Gray (Michael Pitt) is fascinated by the human eye. Each one is a work of art unique to its host and no one else. His research, not surprisingly, revolves around the evolution of the eye in order to disprove the beliefs of creationists. At a late-night Halloween party, Ian encounters a young woman (Astrid Bergès-Frisbey) behind a mask. He’s immediately drawn to her mesmerizing, beautiful eyes and asks to photograph them, telling her it’s one of his hobbies. Their chemistry is electric, leading to a fast and furious sexual encounter that ends abruptly before Ian has a chance to even find out the woman’s name.

Soon, a series of bizarre coincidences lead him to a billboard where he sees a makeup ad featuring eyes that he knows can only belong to the woman. After a brief call to the ad agency, he finds out that the model is named Sofi and arranges to meet her again.

Meanwhile, his new lab assistant Karen (Brit Marling) has uncovered a major break in their research, providing the foundation for their theory against creationism. As both his relationship and his research move forward, circumstances force him to rethink everything that he once knew to be true. 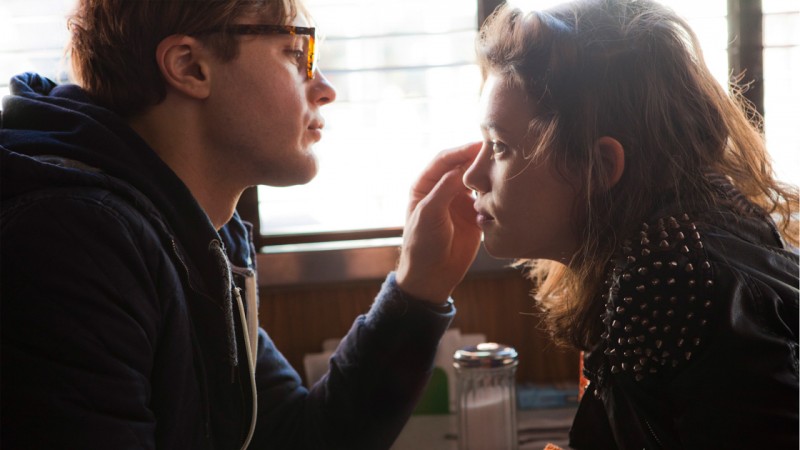 This surreal sci-fi drama has the feel of a dream that’s only slightly removed from reality — that is, until its underlying story takes hold. Once we get a sense of its ultimate point, it’s difficult to take anything it posits as serious. The very first scene includes an illogical sequence that should serve as a clear warning of the offspring it’s about to unleash. Instead, we follow its lead as it teases us back to more stable ground before finally copping to its true, completely ridiculous and irrational motive.

If you bother to stick around for the duration, you get to see characters that revel in ludicrous decision making that’s only topped by implausible, laughable pseudoscience. Those are then trumped by impossible plot points, which are themselves surrounded by one convenient coincidence after another. If that’s not enough fodder, it all “ends” with a finale that I can’t even qualify as an ending. The soundtrack beats the audience into submission by trying to sell the movie, but it fails. Instead, I Origins transitions from one incomplete scene to another and then the credits.

The three main players are likable enough. Each of them perfectly evokes the inner core of their characters, but it’s all for naught. This is one of those “message” films that’s too cute for its own good. I’m still not sure how Ian’s main theory is supposed to dispel the views of creationists, and I don’t care. It’s all utter nonsense that anyone with a brain should pass on. Eye disapprove.